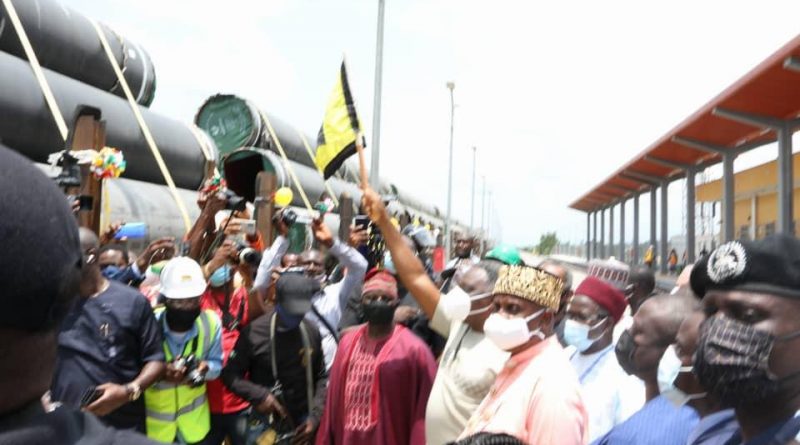 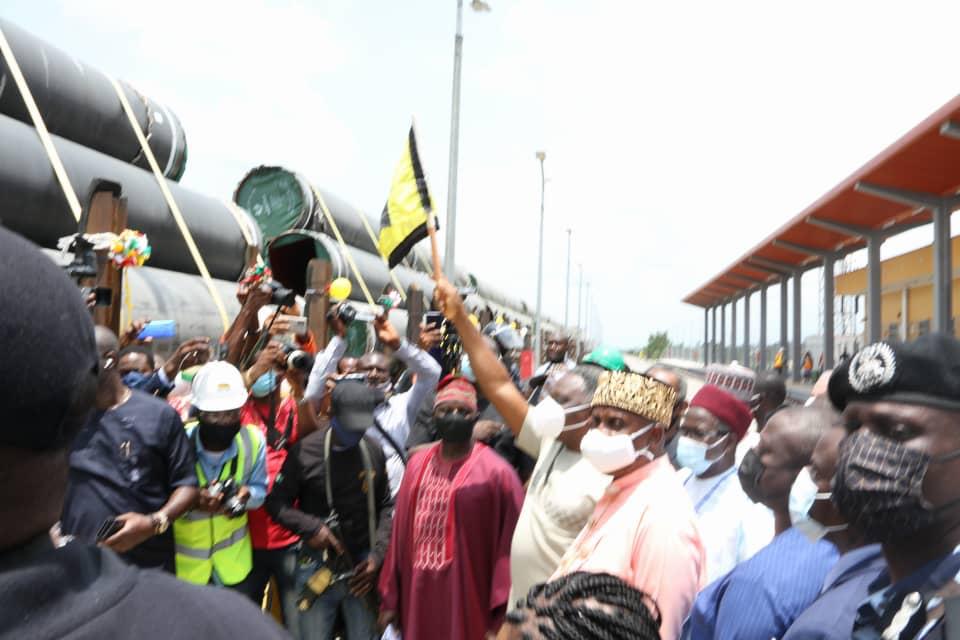 Rotimi Amaechi, minister of transportation, on Friday, flagged off freight and haulage services on the Itakpe-Ajaokuta-Warri rail line.

The Itakpe-Warri railway line, which links Warri in Delta state to Ajaokuta in Kogi state, was inaugurated by President Muhammadu Buhari in September 2020.

Speaking at the inauguration of the project, Amaechi said the standard gauge railway line at Ujevwu community, near Warri, will create more jobs and promote the ease of doing business in Nigeria.

He said the development and modernisation of the railway system had been a major focus of the Buhari-led federal government.

“We are here today to flag off commercial freight services on the standard guage route that was abandoned for over 30 years, but rehabilitated by this administration and put into operation,” Amaechi said.

“It has been one of the strategic aims of the present administration to ensure that all critical infrastructure abandoned by the previous administration, particularly those that would benefit the citizenry, are completed and commissioned.

“It is universally acknowledged that a developing country with a large population such as Nigeria must develop a robust transport system such as modern and functional rail system, which is undeniably instrumental to creating much-needed socio-economic transformation and industrial development.

“We also promised to embark on wealth creation projects through various interventions and projects execution that will provide direct and indirect employment opportunities to our citizens.

“Only recently, precisely September 2020, President Muhammadu Buhari virtually commissioned the Warri-Itapke Standard Gauge passenger train service. Reports available suggest that patronage on this route has increased by over 200 percent in the last few months and it’s becoming a preferred means of transportation for communities along this route in Delta, Edo and Kogi states.”

The minister urged the people in Warri and neighbouring communities to support the federal government and oil companies to enable the freight service project to flourish.

Amaechi said the gesture will attract more infrastructural development to the area, adding that 90 percent of the employees are from Delta.

The project was first awarded in 1987. It was, however, stalled for over 30 years due to paucity of funds.