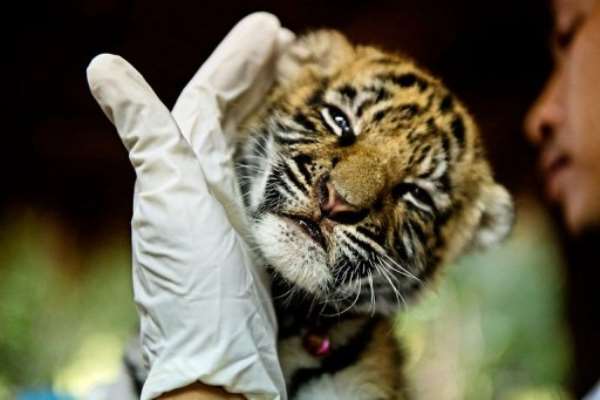 AWF announced today that 7,696 of its global stakeholders have sent letters as part of this growing effort – nearly 16 percent of the 50,000-signers goal.

AWF is asking its network of allies, professional colleagues and donors to contact their representative in the House to increase funding for international conservation to strengthen efforts around wildlife crime response, habitat protection, community involvement in conservation, benefits, and livelihoods. Growing the support for increased funding on these issues is imperative to help prevent future global pandemics.”

Specifically, the FY22 State, Foreign Operations, and Related Programs (SFOPS) and Interior, Environment, and Related Agencies (Interior/EPA) funding requests have increased respectively from FY21. SFOPS has a total request of just over $1.45 billion and FY22 Interior/EPA $115 million for US Fish and Wildlife Service Office of Law Enforcement.

Here is a snapshot of the requests around priority accounts in FY22:

The Global Environment Facility – $139.5 million, of which $136.5 million should only be available for the fourth installment of the U.S. contribution to the seventh replenishment of the GEF

The impact of the global pandemic warrants the increased funding for biodiversity conservation and other related efforts. COVID-19 has devastated economies in the Global South and Africa, and forced many vulnerable people to turn to poaching and bushmeat hunting, which in turn increases human-wildlife conflict.

Increased funding for conservation efforts will do more than deter poachers and help stop the illegal wildlife trade. Another critical issue is international efforts to contain the spread of zoonotic pathogens – animal infections that are transmissible to humans, accounting for 75 percent of all emerging human infections. Without sustained funding for conservation efforts, safeguarding wildlife and wild lands to prevent future pandemics like COVID-19, and other devastating zoonotic pathogens like SARS, Ebola, and HIV, will be increasingly difficult.

African Wildlife Foundation (http://www.awf.org) is the primary advocate for the protection of wildlife and wild lands as an essential part of a modern and prosperous Africa. Founded in 1961 to focus on Africa’s conservation needs, we articulate a uniquely African vision, bridge science and public policy, and demonstrate the benefits of conservation to ensure the survival of the continent’s wildlife and wild lands.