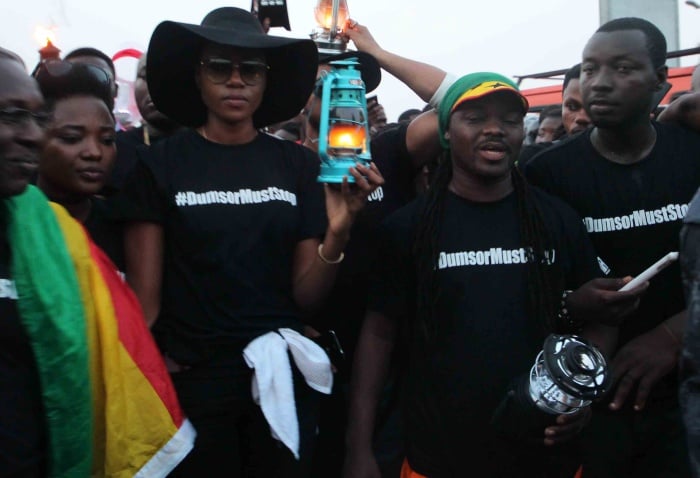 Award-winning Ghanaian actress Yvonne Nelson has taken a swipe at the government for the recent power outages popularly known as “dumsor.”

Some parts of the country especially in Accra and Kumasi have returned to the dark days of dumsor.

The Actress has been campaigning against dumsor since 2015 when the energy crisis was at its worst under the previous Mahama administration.

She organised a vigil dubbed “Dumsor Must Stop” to pile pressure on the then National Democratic Congress (NDC) government led by former President John Dramani Mahama to fix the problem.

But she is unhappy dumsor is resurfacing five years after her vigil although the authorities are downplaying the seriousness of the situation.

The tweets read: “4 more to do more DUMSOR”

“NEVER did Ghanaians think you’d let us EXPERIENCE #dumsor but here we are ….. same leader who bashed ex-president years back! Our leaders keep FAILING us!