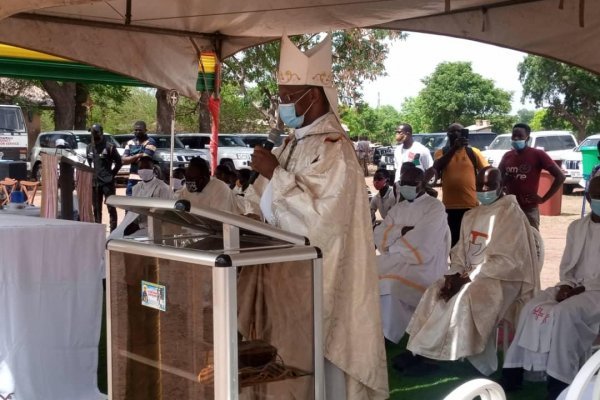 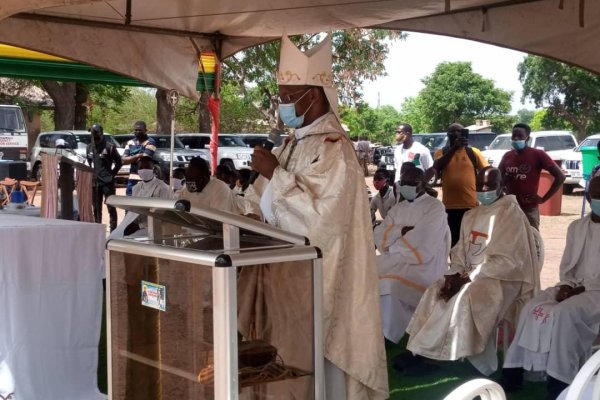 The Most Reverend Richard Kuuia Baawobr, Missionary of Africa, the Catholic Bishop of Wa, has commended Speaker of Parliament, Mr Alban Sumana Kingsford Bagbin, for standing firm against the promotion of Lesbian, Gay, Bisexual, Transgender, Queer and Intersex (LGBTQI+) rights in the country.

Sombo, (U/W), April 9, GNA – The Most Reverend Richard Kuuia Baawobr, Missionary of Africa, the Catholic Bishop of Wa, has commended the Speaker of Parliament, Mr Alban Sumana Kingsford Bagbin, for standing firm against the promotion of Lesbian, Gay, Bisexual, Transgender, Queer and Intersex (LGBTQI ) rights in the country.

“Congrats for the very strong reminder to the Australian High Commissioner and to others that noble marriage in the Ghanaian customary bond is between a man and a woman and not what is being promoted by the LGBTQI ,” he said.

The Most Rev. Baawobr commended Mr Bagbin during a thanksgiving mass held in Sombo in the Nadowli-Kaleo District of the Upper West Region to thank God for his election as the Speaker of the 8th Parliament of the fourth Republic of Ghana.

“We are very thankful for the very courageous position that you have taken in spite of the odds sometimes,” he said.

He added that such values were God given and that as Christians they have the duty to ensure that their positions of service were used to protect such values so that no one was left behind.

“It is the good of others that comes first as we are called as disciples to be witnesses,” he said, and stressed therefore that they needed to promote peace, unity and justice in the country.

The Most Rev. Baawobr noted that Mr Bagbin being their son, they would be tempted to put pressure on him to think of his village, district, the region and the Diocese first, because of their numerous needs but pointed out to him that he had the responsibility to make the discernment.

“That is why we will pray for God to guide you so that you will not be tempted to rob Peter to pay Paul,” he said and reminded him that the integrity of his service to the nation was very important and must be upheld.

“All voices need to be heard, all parts of the country need attention, the rural areas in particular still lack many facilities such as water, electricity, roads, schools and children lying on the floor in order to study-these are the deplorable conditions to mention but a few,” he said.

“It is our prayer that our MPs and other leaders will hear us – it is our right because we are all part of Ghana and we should all enjoy what others enjoyed, not only during the political campaign time but in ordinary times,” the Bishop said.

The Most Rev. Baawobr noted that as Speaker of Parliament, Mr Bagbin had the responsibility of coordinating and making sure that discussions brought on board all these voices across the country.

Mr Bagbin thanked the Bishop for the sermon and assured him that Parliament under his leadership was not going to shirk its responsibilities in ensuring the interest of the people was placed first above other things at all times. 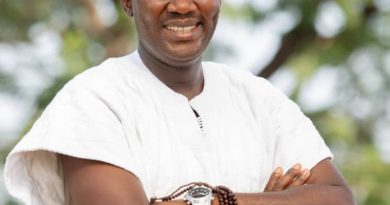 Election 2020: Northern Region has been empathetic with NPP—Dr. Ibrahim Anyars 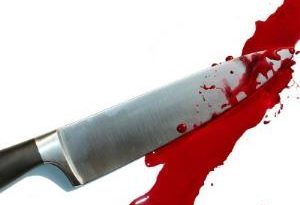 The Bono regional Minister on Friday, 3rd July 2020 broke the ground for the construction of a multi-million Ghana Cedis