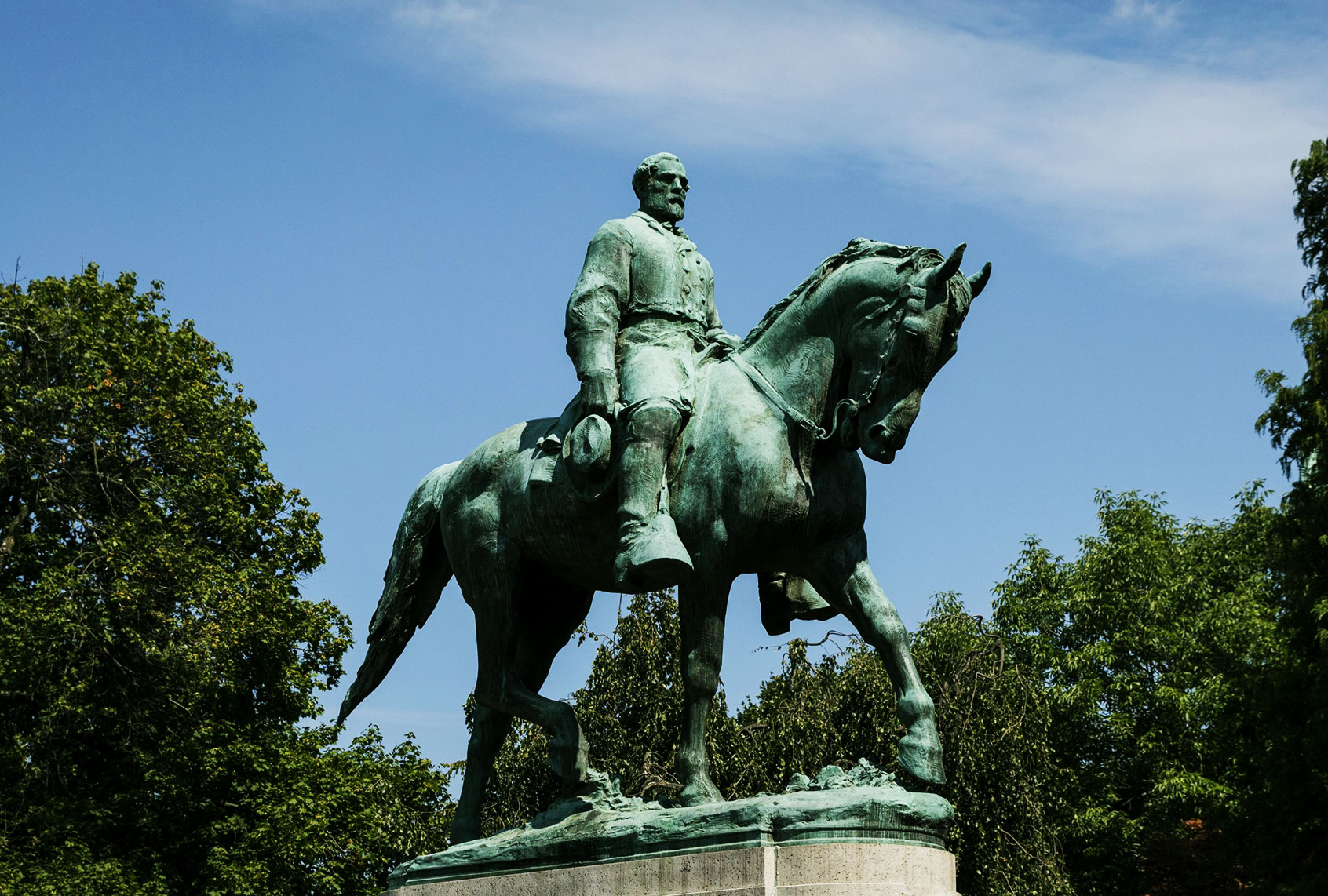 Late last week, the Virginia Supreme Court overturned a Circuit Court decision that prevented the city of Charlottesville from removing a monument of Confederate general Robert E. Lee — the same monument that was the focus of a violent white nationalist and neo-Nazi rally in 2017.

The ruling also allows the city to remove a nearby monument of Gen. Thomas J. “Stonewall” Jackson after a group of residents had sued to prevent the statues’ removal, citing a 1997 state law that they said barred city officials from “disturbing or interfering with them.”

State Supreme Court Justice Bernard Goodwyn wrote in his ruling that the 1997 state law should not be applied retroactively.

In a statement, Charlottesville Mayor Nikuyah Walker praised city residents “for their steadfastness and perseverance” while city officials said they plan to redesign the park spaces where the statues are located “in a way that promotes healing and that tells a more complete history of Charlottesville.”

This ruling, which is nearly five years in the making, is deeply symbolic because the events surrounding 2017’s “Unite the Right” rally — during which an avowed white supremacist plowed his car into a crowd of people, killing counterprotester Heather Heyer and injuring dozens more — catalyzed a national conversation about whose likenesses we put on literal pedestals in modern-day America.

All across the country, citizens began reexamining who was memorialized and 2020’s protests over the killings of Breonna Taylor, George Floyd and Ahmaud Arbery gave activists a megaphone (often literally) to advocate for public spaces that didn’t glorify racism. According to a report from NPR, nearly 100 Confederate monuments were removed last year.

Per the Southern Poverty Law Center, 54 Confederate monuments were removed between 2015 and 2019. However, more than 700 monuments remain.

And often, as was the case in Charlottesville, it’s a lengthy road to removal.

I saw this play out firsthand in Louisville, Ky. Days after the “Unite the Right” rally in 2017, protesters gathered at the foot of a monument honoring John Breckinridge Castleman — who had served in the Confederate Army — holding up “Black Lives Matter” signs and chanting “Mayor Fischer, take it down, take it down.”

It would take three years for Louisville Mayor Greg Fischer to take it down. During that time, the statue was vandalized multiple times: it was splashed with orange paint, spraypainted with the words “traitor” and “racist,” and then again, months later, with the phrases “house homeless” and “no borders.”

The city spent $8,200 after the initial vandalism to clean and restore the statue, but made no attempts at complete restoration after that. Meanwhile, Fischer punted the idea of the statue’s removal through a series of city-organized panels and monument committees.

In a statement at the time, Fischer said: “The events of the past weeks have shown clearly that it’s not enough just to face our history — we’ve got to address its impact on our present.”

In Charlottesville, there’s no word on when the Robert E. Lee and “Stonewall” Jackson monuments will actually be removed from their pedestals, but according to Mark R. Herring, Virginia’s attorney general, there is still work to do. He plans on fighting in the state Supreme Court this summer against the appeal seeking to block the removal of the Lee statue in Richmond.

“I have worked hard to help remove poisonous Confederate propaganda from our publicly owned spaces,” he said. “I believe it glorifies a false history and sends a dangerous and divisive message about who and what we value.”

Bill Barr has done this before

Akufo-Addo cancels his salary increment, Bawumia and all appointees for 2021