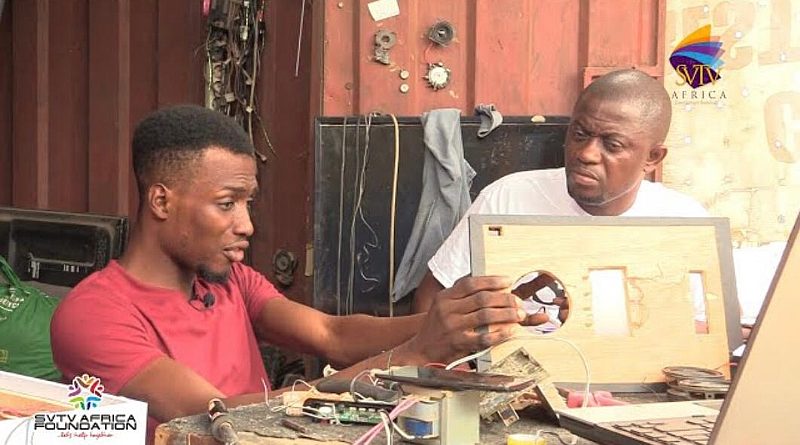 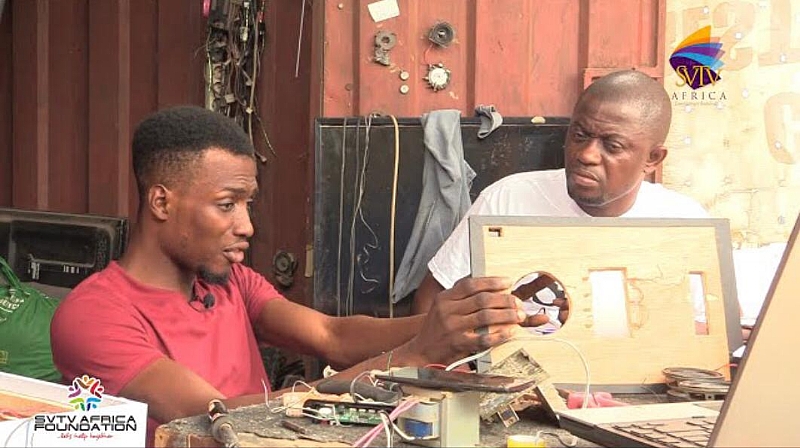 As we wrap the Ghana month up, let’s throw some spotlight on Ghanaian creativity and ingenuity.

Jonas is a JHS graduate who refers to his talent as God-given. According to him, he has always been hands-on when it came to fixing or creating devices.

The 28-year-old revealed that sometimes his creation comes in a dream or ”I pick up a gadget and I see the whole design or plan to create it then I quickly draw it so I don’t forget.”

In a chat with DJ Nyaami on SVTV Africa, Jonas added that he often makes home theaters, soundbars, etc with a higher sound level as compared to imported ones.

”The foreign ones are 40watt but mine is 290 and above depending on what the customer wants. The theater can take Bluetooth, Pendrive, with radio too. I can also convert computer monitors into television, ” he explained.

Due to the lack of investors, Jonas only makes such products on demand but hopes to expand the business eventually. 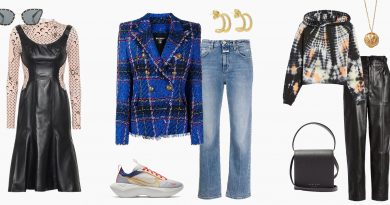 The 28 Best Fashion Finds on Sale This Month

Tribute To Kongi @ 85: The Conscience Of A Nation By Louis Odion

A/R: Man stabbed to death over GHC12.50 by his friend at Ntiri- Buoho