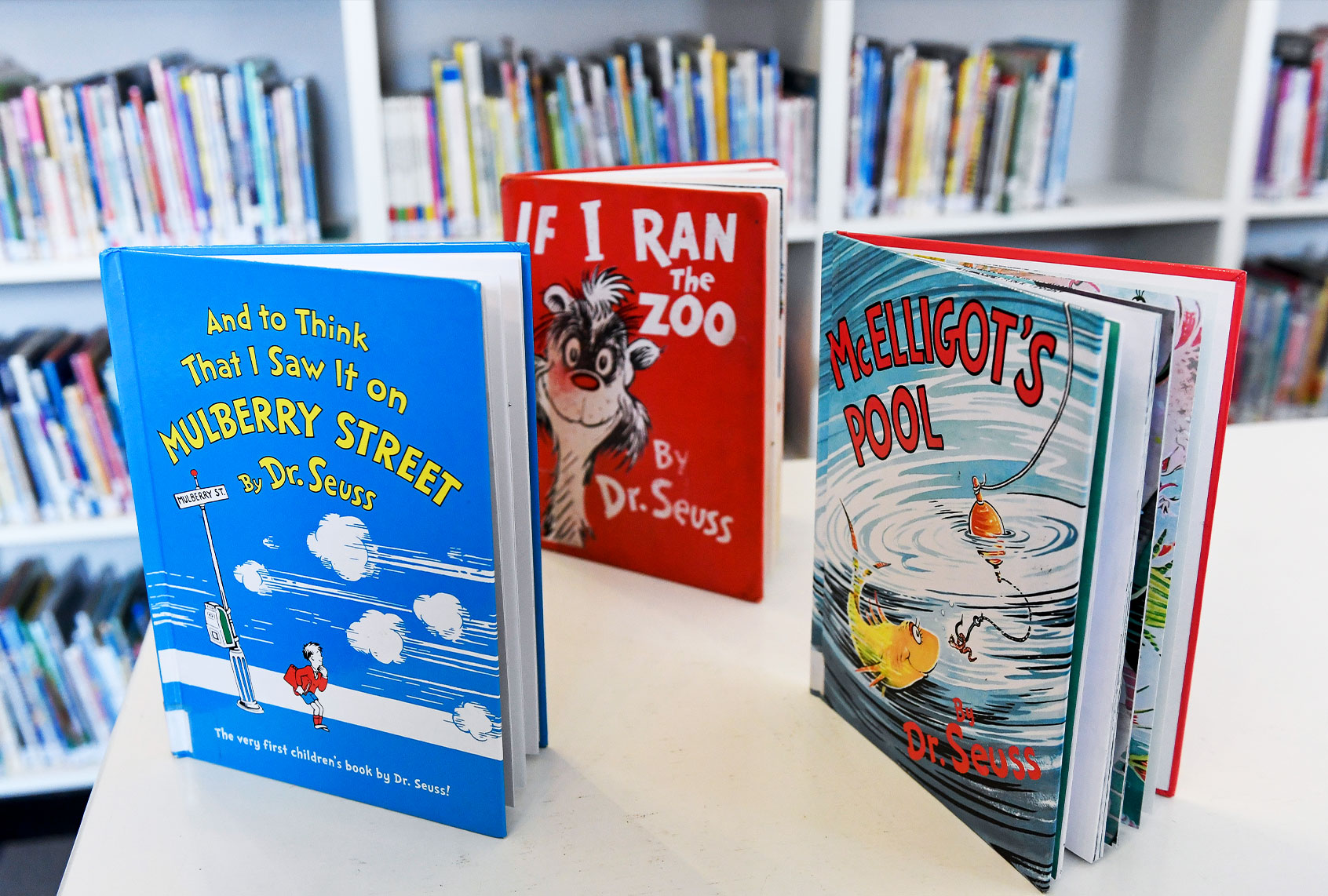 Was the decision to stop publishing six obscure Dr. Suess titles containing racist imagery and messaging an erasure of history?

Media coverage of the controversy has presented it as an example of censorship, an attack on free speech and yet another example of cancel culture. These reactions are rooted in both a lack of awareness of the challenges and realities of maintaining collections and a false understanding of history.

Dr. Seuss Enterprises is a children’s entertainment company that functions as both a business and a family estate dedicated to preserving and promoting Theodor Seuss Geisel’s legacy. After consulting with educators and other experts, they decided to halt publication of six books because, in their words, they “portray people in ways that are hurtful and wrong.” An examination of many of the images and text in question confirmed the use of racist tropes in depicting Asian and Black characters.

This decision reflects norms in publishing, archiving and collecting.

Publishing companies regularly review their titles and sales to determine and reassess print runs. This is a necessary part of making space for new publications, and maintaining desirable profit margins.

In this context, thinking about museums and archives is helpful.

For cultural institutions tasked with collecting, preserving, ordering and exhibiting, utility is derived from selectivity: not everything can be saved, or it would prove so overwhelming as to render everything inaccessible. That is why galleries, libraries, archives and museums don’t only collect new materials, but also regularly remove them.

The role of curating is key: as both a form of care taking and as a selection process that chooses specific works. Exhibits can serve a variety of roles: they can educate, inspire, call to action, memorialize, entertain. And as new works are being produced at unprecedented rates, space must be made for new material.

History is not neutral

Even in our current context of rapidly improving technology, archives and museums must constantly make tough decisions about what to keep, what to refuse or even remove — this often causes controversy.

Whether focused on removing confederate and colonial statues, or retiring a small handful of Dr. Suess books, these moral panics and culture wars are often rooted in a false premise; that anything from the past comes from a pure and total point of origin, in other words, that representations of confederate soldiers tell a “true,” authentic and complete story that is neutral and objective.

“Don’t erase history!” people often cry, as if history itself wasn’t full of erasures from the beginning.

In historian and anthropologist Michel-Rolph Trouillot’s foundational book Silencing the Past, he examines the relationship between history, power and silence to explore the ways that certain experiences, historical actors and events are kept out of archival collections and the historical knowledge they help construct.

Trouillot illustrates this through highlighting the Haitian revolution: the possibility of Black slaves successfully revolting against their white colonizers was so inconceivable within the western ideology of white supremacy that it was effectively written out of history.

The racist pages of Dr. Suess books are not in danger of being lost forever, but recategorized as evidence of outdated attitudes grounded in racial denigration and stereotyping that no longer have a place in popular culture.

Scholars of racism, like myself, can draw on these images and use them to better understand the past.

Some of Geisel’s earlier work was even more explicitly racist than the titles in question, but hasn’t been erased or destroyed and can be found in museums around the world. His earlier work also appears in scholarship on histories of racism, the Second World War and children’s literature, which would be a great place for the images and text from these six books as well.

There are many ways that racism can and should be tackled that don’t result in the erasure of history. But it shouldn’t be shrugged off — especially by white people who are not in a position to make such determinations.

Nowadays, parents and students object to racist texts used in class, people contact the media, political leaders, HR departments and investigatory commissions to report incidents of racism. Companies are boycotted. Protests are organized, movements are mobilized. And organizations like Dr. Suess Enterprises revisit their policies to ensure they are not perpetuating old-fashioned or harmful practices.

I regularly take racist materials out of general circulation — through yard sales, used book stores, discount stores like Dollarama and in tourist shops — so they might be used in research and teaching. I have made many donations to the Jim Crow Museum of Racist Memorabilia, including some family heirloom photographs of one of my ancestors performing in vaudeville in blackface. In my classes on African history, I carefully use racist objects and texts to help teach students about histories of anti-Black racism.

While abhorrent, these texts, memorabilia and objects can be useful.

No children should see racism as something that is normal or funny. There is a lot of research that has examined the impact of the overwhelmingly negative representations of racialized people in popular culture. The research shows that images hurt people. That they contribute to assumptions that translate into discrimination in hiring, renting, selling, lending, treating, teaching and policing in ways that are hugely consequential for all of us.

These realities accumulate across people’s lifetimes in ways that devalue us all because they perpetuate unconscious and conscious racism and inequality.

Retiring racist texts from children’s literature is a crucial step in interrupting the racist legacies that continue to hurt and divide us. With careful contextualization, these historical materials can help document and teach people about the realities of racism that are so often belittled or denied. It also makes space, literally and figuratively, for new texts by diverse authors featuring diverse characters that provide a fuller picture of the world that better reflects the rich variety of people, experiences and perspectives it has to offer.

This is especially important considering how much work still needs to be done in galleries, museums, libraries and archives. These institutions are still overwhelmingly white and male.

It is past time we reach social consensus that racist caricatures should be obsolete. Not everything from the past should be kept alive through republication. Move this content to museums and books on racism where it belongs, but don’t keep it circulating among children. 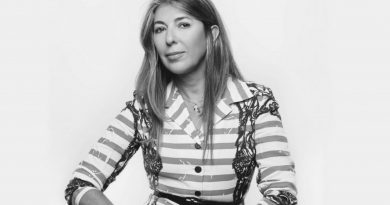 The rise of Christian Nationalism in America

I guess she's a mother of two,for those heroes to have fallen to that state

Wetin be this one now nonsense breast...untop she know even wear bra,no be breast we stand Dem dey show off smh

@ 21years her breast is so flat like that of bathroom slippers,that was used to treck from Sokoto to Benin.And the flatness is as if there's no sign of nipple any longer. At times we should learn to be cover our shame.

But Atleast they should have made this dress more presentable and push the chest with something more tighter and presentable! She just have an un experience presenter or promoter, there is nothing wrong with her body shape and her chest, we all created in our unique ways. Good luck to her, and I wished her the best to come favored on this episode.

Akwa Ibon guys don finish the breast for her,, and the breast need crushes to stand na, not bra

A big shame to her..At 21 her breast is like this..what about at 50,it would be slippers

She did lost her way with the dress

I think this path was created by the rod of moses

You guys don't know her story, at list she is trying to do something with her life... na breast owner see.... like seriously guys please stop ✋this, let us be encouraging... she knows she will be criticise but she have the courage you guys don't have... support and encourage her not all this please... owner yeye President take your talk talk their and leave this girl alone...

These fallen heroes must have suffered a lot back then....

What stopped her from wearing bra?

Listen to article Accra August 25, 2020 – The Alliance for Women in Media Africa (AWMA), in partnership with the