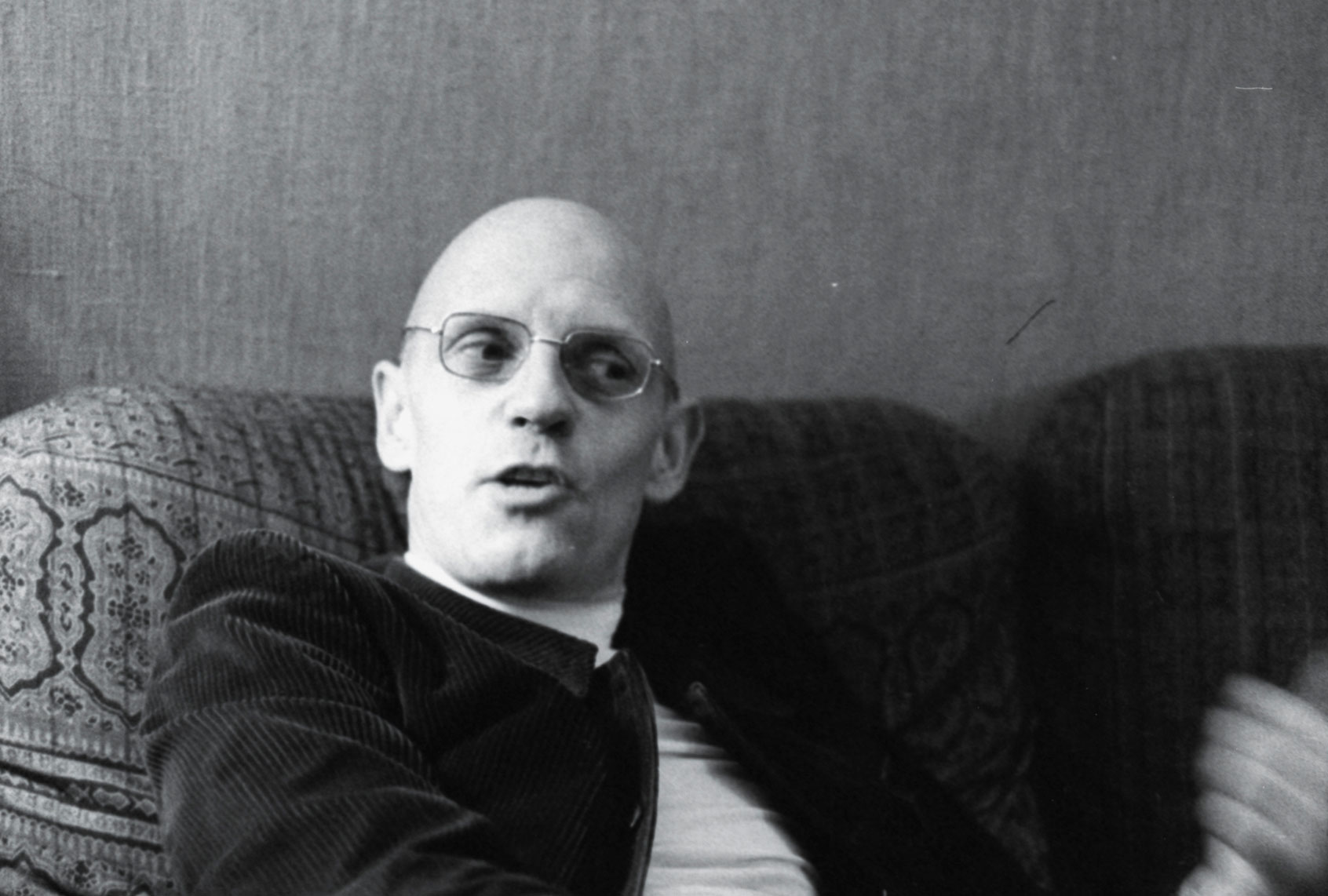 In the spring of 1975, Michel Foucault was set to lay claim to being the last great French intellectual of the twentieth century. He was about to publish the first volume of the work that would clinch that title for him, “The History of Sexuality.” Yet, fed up with the conformist and closeted culture of France at that time, he would once again seek refuge elsewhere, continuing a pattern of his adult life that had taken him to Sweden, Poland and later to Tunisia, where he had lived during the events of May 1968. So taken was he by the atmosphere of liberation in San Francisco that he contemplated emigrating and becoming a Californian. It seems then that Foucault fell in love with California. It was there that the austere anti-humanist thinker of the 1960s, who had proclaimed the “death of man” in open hostility to Jean-Paul Sartre’s philosophy of freedom, would experiment during the final decade of his life with new forms of relating to others and inventing oneself in the S/M clubs of San Francisco.

It was there also that he might be said to have become the “last man” to take LSD. Foucault described the event as a “great experience, one of the most important in my life.” Yet the French philosopher came very late to the experiment with hallucinogenic drugs. While many others would later “drop acid,” as personal “trips” of this kind were called, their cultural zenith was the late 1960s, and, in this sense, Foucault was the “last man” of intellectual note to take LSD as a part of the first wave of its use as a consciousness-expanding drug. He had been preceded by Timothy Leary, Aldous Huxley, R.D. Laing, Allen Ginsberg, The Beatles and many others. Dropping acid was a headline experience of the youth counter-culture of the late ’60s in California. Between 1964 and 1966, the writer Ken Kesey and his gang of “Merry Pranksters” travelled across the United States on a psychedelic bus, stopping regularly to throw LSD parties. These “acid tests” would be one pathway from the Beat Generation to the hippie movement in the years to come. No doubt LSD and other “psychedelic” drugs would continue to be used, with varying and sometimes greater prevalence, but never again would LSD, and the experience it afforded, come to define culture, art, fashion and style in general as it did in the late 1960s.

The mind-altering qualities of the drug were conceived at the time as part deep self-analysis and psychotherapy and part intense religious experience. Timothy Leary would even found a church, the League for Spiritual Discovery, with LSD as its sacrament. Foucault himself would agree that the experience was “mystical,” offering him “visions of a new life” and “a fresh perspective” on himself.

Some months later, in a letter to Simeon Wade, the young acolyte who had invited him to take the drug, Foucault wrote that the experience had led him to entirely rewrite the first volume of his “History of Sexuality.” He would set aside the hundreds of pages already completed, throw the completed second volume onto the fire and then abandon the prospectus for the multi-volume work. Except for the first volume, which became a manifesto for the emerging gay movement in California and elsewhere, none of the remaining volumes were ever published in their initial form.

Foucault went to Claremont Graduate School in southern California during the first of several research visits to Berkeley. Given the relatively obscure nature of the institution, his presence can only be due to the persistence of Wade, the author of a self-produced fanzine entitled Chez Foucault. Foucault is pictured there in his white roll-neck sweater and white wide-rimmed sunglasses that made him look like a cross between Kojak and Elton John.

Accompanied by his lover and companion, the pianist Michael Stoneman, Wade would drive Foucault on a journey that culminated in the acid trip at Zabriskie Point in Death Valley, the desert remains of a lake that dried up 5 million years ago. But the trio were late even in this choice of place. The celebrated Italian filmmaker, Michelangelo Antonioni, had begun filming his Californian classic, Zabriskie Point, there in 1968, against the backdrop of the student protests, the Black Panther movement, drug culture and sexual liberation. His film included an orgy at the location. By May 1975, we might suppose it was less an avant-garde aesthetic event than a hippie cliché to drop acid there. At least the trio found a less plebeian soundtrack for their reveries than Antonioni, replacing Pink Floyd and The Grateful Dead with tapes of Richard Strauss, Stockhausen and Pierre Boulez. Foucault took acid during the death throes of a period when LSD was considered as what his colleague, the historian of ancient thought Pierre Hadot, would call a “spiritual exercise,” soon to be replaced by the cocaine-fueled entrepreneurialism of the discos and nightclubs of the late 1970s.

The effect on Foucault was profound. He would indeed radically alter the direction of his research in the following years. When he finally published the second and third volumes of the History of Sexuality almost eight years later, the project put at its center the “techniques of the self ” he had discovered in the ethics of classical Greece and ancient Rome. Rather than studying sexuality through the paradoxes of repression and avowal inherited from Christianity, he placed it in the long line of ways humans would view themselves, govern themselves, and seek to moderate, control or liberate, as the case may be, what they would regard as pleasures, desires or temptations of the flesh. What moderns call “sexuality” was no longer to be viewed as a deep truth to be unlocked from within our unconscious, as Freud would have it. It was simply one more way in which we invent ourselves as human beings in relation to erotics, the household and family, daily life and ethics. Given its historical relativity, and its relation to the confessional culture of medieval Christianity, sexuality was something from which the ancients could help us escape, or, as Foucault would often put it, something about which we could at least “think otherwise.” We should not liberate our sexuality but free ourselves from the whole confessional system that predicated liberation on sexuality.

It would not be unfair to say that during the 1960s Foucault had shared in the obsession of a certain kind of French philosophy with doing away with the “subject,” a strange term that is both technical and obscure. Rejecting the subject, announcing its death or the death of the author, became a standard trope in the discourse and literary theory of Foucault, Barthes, Derrida and company. By the 1970s, the subject was explained not only as a kind of fiction of the pronouncements of the social and behavioral sciences, but as a result of the application of such pseudo-sciences within what Americans like Erving Goffman would call the “total institutions” of the asylum, the hospital, the school and, above all, the prison. The scandal of Foucault’s work on prisons, for example, was his replacement of the idea that they might deform and brutalize the human subject with the claim that in their search for greater humanism they would fabricate the very subjects that they dominated or subjected.

After his California experiences, and exposure to the “Californian cult of the self,” however, Foucault’s subject becomes a free one, an active agent capable of making itself through spiritual and physical exercises, such as people in the West might seek through mediation and yoga, therapy and “self-help,” and with the potential for radical self-transformation through extreme experiences. “To make the ‘principe de plaisir’ a ‘principe de réalité,'” he wrote to Wade, was “an ethical and a political problem to be solved nowadays.” Thus, engaging in erotic adventures, psychotropic drug experiments and the “invention” of new lifestyles made possible the transgression of the normalized self that is produced by the institutions of the modern welfare state. To put this in the terms of the American neoliberals Foucault was reading at the time, the “entrepreneur of the self” was willing to put their very identity at risk in the act of self-creation.

Adapted from “The Last Man Takes LSD: Foucault and the End of Revolution” by Mitchell Dean and Daniel Zamora, Verso Books, May 2021. 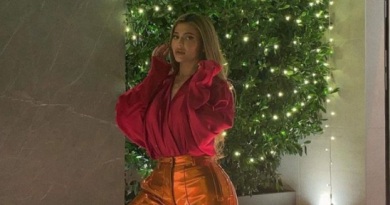 Do I need more than a target-date fund? 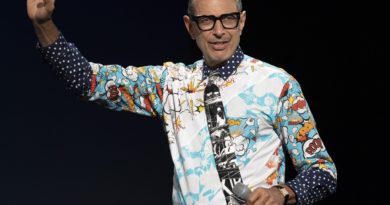