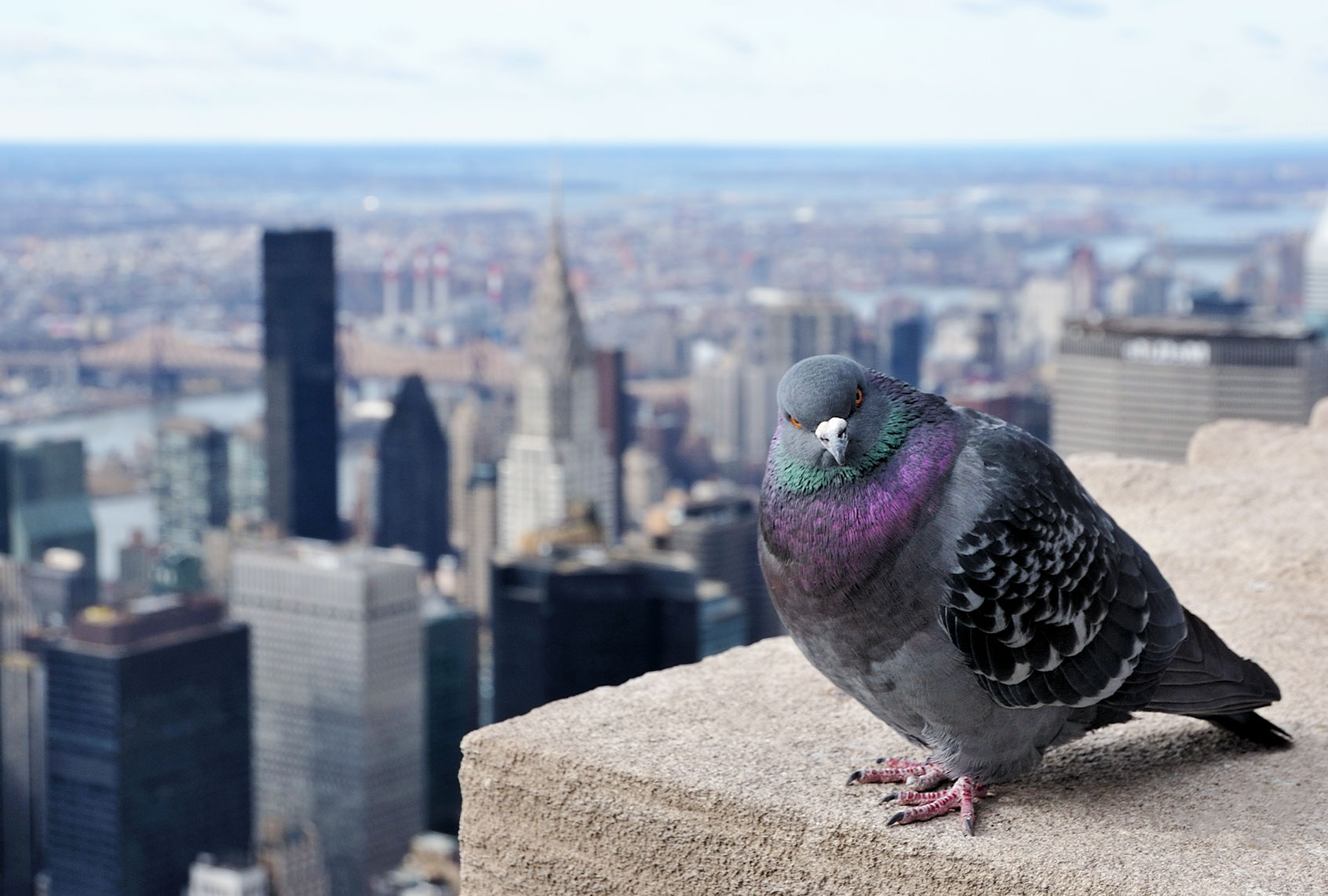 The life of a city pigeon is one of routine. Urban pigeons are, since birth, accustomed to loud noises, car exhaust and packed sidewalks. People are everywhere, all the time, sometimes dropping tasty morsels of food and sometimes getting in your way.

Life must have been jarring for them, then, when out of nowhere this pattern of human behavior suddenly stopped. The people were still there, but the are staying in their homes. Cars are still on the road, but not as many. It’s noisy, but not nearly as cacophonous.

A group of Spanish scientists noticed that birds’ lives were changed just as human lives were changed by the pandemic, and sought to study the occurrence and detectability of city-dwelling birds (like pigeons and starlings) during the spring 2020 lockdown in northeastern Spanish cities. Then they compared that information with data from those urban areas at the same times in previous years, hypothesizing that birds would be more abundant and would change their daily routines. To test their predictions, they used more than 126,000 bird records gathered by a citizen science project in northeastern Spain.

Their findings, which were published on Wednesday in the journal Proceedings of the Royal Society B, were unexpected.

“We were surprised to find a so sudden change in the daily routines of birds,” Oscar Gordo of the Catalan Ornithological Institute in Barcelona told Salon by email. “They just needed a few weeks to show a pattern of daily activity as the one observed in wild populations.”

The authors explained that birds changed their detectability patterns throughout the day during the lockdown period, with many city birds being detectable in ways that one would usually only see of birds in wild habitats. For instance, they speculated that male urban birds may have begun singing more at dawn, and therefore become more easily detectable, because the lockdowns occurred at the start of breeding season. Because the atmosphere’s acoustic properties are most conducive to transmitting bird calls at dawn, and there was less noise pollution from urban environments, they were more likely to sing at earlier times of day.

In other words, the pandemic has made birds more musical.

“The COVID-19 lockdown provided us with an exceptional experiment,” Gordo recalled. “We removed most of the noise and disturbances to which birds are subjected to. In response to these novel conditions, birds modified their behavior. They became more active in early morning (around sunrise), as they actually do in natural conditions.”

The scientists also found that, contrary to their hypothesis, birds did not become more abundant in urban and town spaces during the lockdown period. They speculated in the paper that this may have been because the lockdowns were too sudden and short-lived for colonization processes to occur. (There were a few exceptions, with the species that did seem to become more abundant being the primarily urban ones.)

“This finding is relevant because during the lockdown there were ‘unusual’ observations of animals in urban areas that planted in the social imaginary the idea that ‘nature was getting back its space,'” Gordo explained. “During the lockdown, people paid much more attention than usual to the surroundings of their homes and they were astonished about the amazing biodiversity living close to them.” He speculated that people may have simply become more attuned to nature during the pandemic because of our stressful lifestyles.

“As people paid more attention, there were more chances to make unusual observations,” Gordo told Salon. “Furthermore, media and social networks helped to distort even more our perception by viralizing a few of these anecdotal records.”

Overall, Gordo seemed pleased with the results of the research performed by him and his colleagues.

“Our study demonstrated that birds are able to adapt really fast their behavior to make an optimal use of their environment,” Gordo explained. “Therefore urban birds and maybe other urban animals have indeed a surprising behavioral plasticity. This ability may be essential to survive in a fast changing environment, as our cities, where there are new opportunities and threats all the time for urban fauna.”

The irony of how we use the word “irony”

Our “happy gloom”: Living a good life in a dying world

The Coronavirus case count in the Volta Region has reached 75. Checks by the Ghana News Agency (GNA) has revealed.