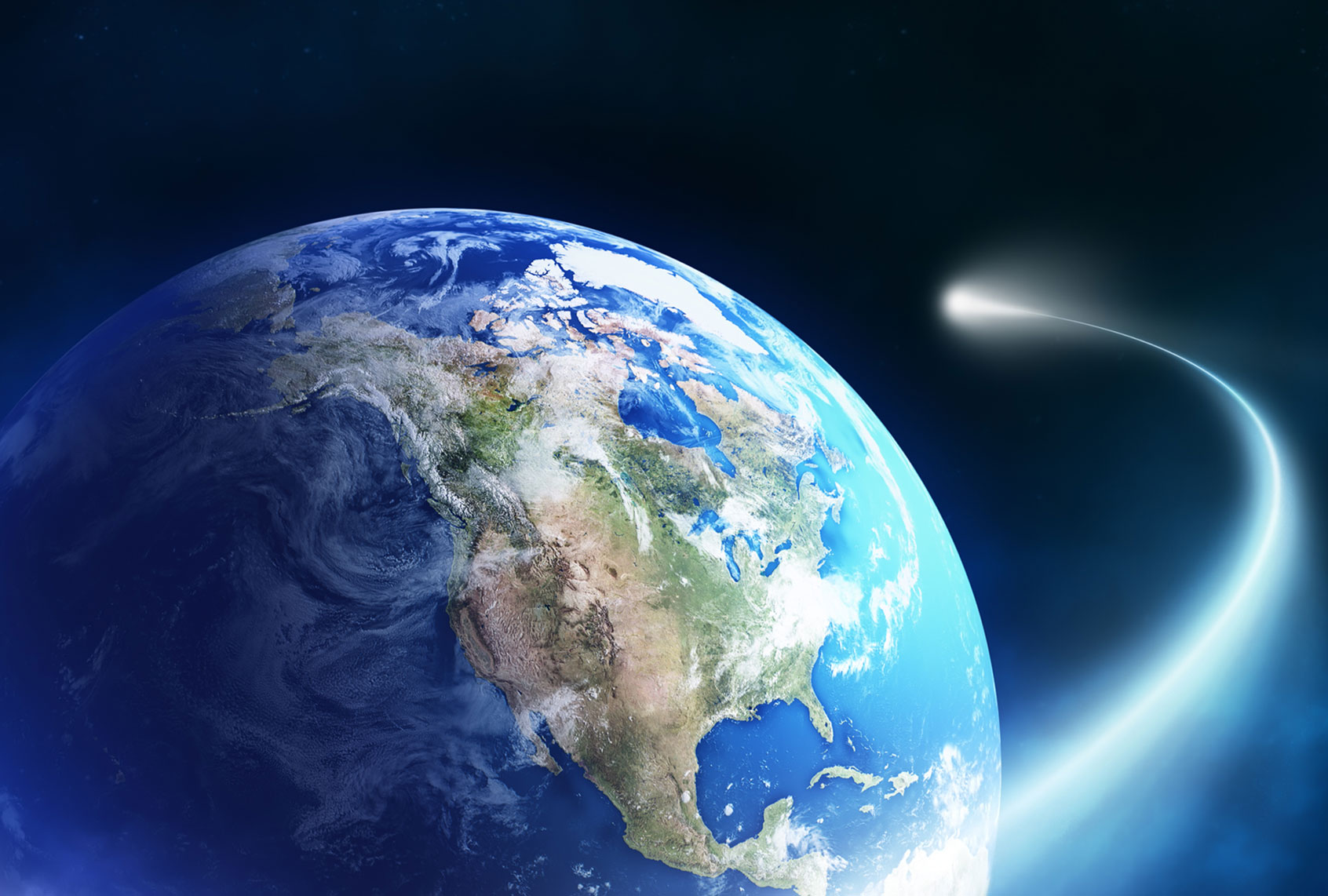 An asteroid the size of the Pentagon is headed our way.

The celestial passerby, named 2001 FO32, is expected to be the largest asteroid to approach Earth in 2021, measuring somewhere between 1,300 to 2,230 feet wide, according to NASA’s Jet Propulsion Laboratory in California. The key word here is “approach” — this wide rock isn’t going to actually hit Earth. But its close approach is a good warning that an asteroid of this size is guaranteed to hit Earth eventually.

2001 FO32 will be at its nearest on March 21. It is not expected to come any closer than 1.25 million miles to our planet — roughly 5.25 times the distance between Earth and Mars — so there is no threat of it colliding with us anytime within the next few centuries. At the same time, it will come close enough for scientists to be able to get a good look at it. And while it won’t be visible with the naked eye, amateur astronomers in the Northern Hemisphere with an 8-inch telescope or larger should be able to spot it in the early morning, when it will appear inside the Sagittarius constellation.

“By getting so close to Earth, it will be very bright in the sky,” Dr. Tom Burbine, a senior research associate who studies asteroids at the Planetary Science Institute, told Salon by email. “It will be easier to get infrared spectra of the body, which allows us to estimate its composition. Radar observations can be done to determine its size and shape.”

Dr. Henry Hsieh, who studies asteroids, comets, interplanetary dust and small satellites at Planetary Science Institute, said that it was an exciting chance to study an asteroid.

“The scientific significance of asteroids coming extremely close to Earth mean that astronomers can study them in much greater detail,” Hsieh wrote to Salon. “Astronomers often study the composition of asteroids using spectroscopy, meaning they take the reflected sunlight from the asteroid and split it up by wavelength and search for signatures of various minerals. The closer an asteroid is, the brighter it will appear, and so the stronger the mineral signatures will be, meaning that astronomers can potentially get a really detailed picture of an asteroid’s composition.”

Hsieh added that astronomers hope to learn more about how an asteroid’s rotation and composition corresponds to its size. While that is usually difficult for smaller asteroids because they are so small, this one will be easier to observe because it will be brighter as it approaches Earth. In addition, “if asteroids get close enough, they can actually be studied by radar, i.e., by bouncing radio waves off of the asteroid which can give a highly detailed picture of the asteroid’s surface.”

Naturally, Salon was curious what would happen if 2001 FO32 actually did crash our planetary party and make a menace of itself, as happens every few million years. Such an impact would not be good for life on Earth, to be sure, but it would not cause a repeat of the type of extinction event that wiped out the dinosaurs.

“When talking about asteroid impacts, astronomers typically use the Torino scale for asteroid impact threats (similar to the Richter scale for earthquakes),” Hsieh explained, referring to charts that show what different numbers represent and how they are determined. Because 2001 FO32 is definitely not going to hit Earth, it rates at a zero on the Torino scale. If it was certain to collide with us, on the other hand, it would get a nine and cause what is known as “regional damage.”

“This kind of damage would be roughly on the continent-wide or ocean-wide scale depending on where it hits, so in other words, it could potentially wipe out the US or Europe, or create tsunamis on all surrounding landmasses around the Atlantic or Pacific Oceans if it landed in the water,” Hsieh explained. “The exact effects depend on the composition of the asteroid (i.e., if it’s very fragile or more solid) and where it hits.”

If an asteroid is fragile, it may explode in the air and create shockwaves that flatten all of the buildings and trees in a given area, such as happened in Russia in 1908. If a solid asteroid hit the ground in one piece, it would destroy a smaller area of land but throw up throw up a lot of debris that could cause air quality problems and harm agriculture. Should that same solid asteroid land in the water, it could also create debris clouds and would additionally result in tsunamis.

“Returning to the Torino scale and your second question, the threshold for a civilization-destroying impact is thought to be about 1 kilometer, so about twice the size of 2001 FO32,” Hsieh told Salon.

Astronomers have gotten better at detecting asteroids near Earth. Indeed, in 2020, they detected a record number of asteroids passing our planet, identifying thousands of objects that were previously unknown.

Notably, this wasn’t because there are more asteroids coming near Earth, but rather that detection technology has improved.

“I think the increasing number of detections of Earth-passing asteroids is entirely due to the fact that more asteroid search programs are going on with more telescopes dedicated to asteroid detection,” Dr. William K. Hartmann, who among other things studies asteroids, comets, meteorites and small satellites at the Planetary Science Institute, wrote to Salon. How socialism made the COVID-19 vaccines possible

Yeye comedy. Not funny at all

If your husband is your baby, you are dawn fall. The scripture says in Eccl. 10:16-17, woe unto a Land or people whose king is a child. Babies are little children with low level or no wisdom. Not capable of doing great fit, and it's doregatory.

This is splendid and worthy of emulation . God bless them.

Mr. Ernest Ahiabli, the Assembly Member for Penyi Akpatoe Electoral Area in the Ketu North Municipality of the Volta region