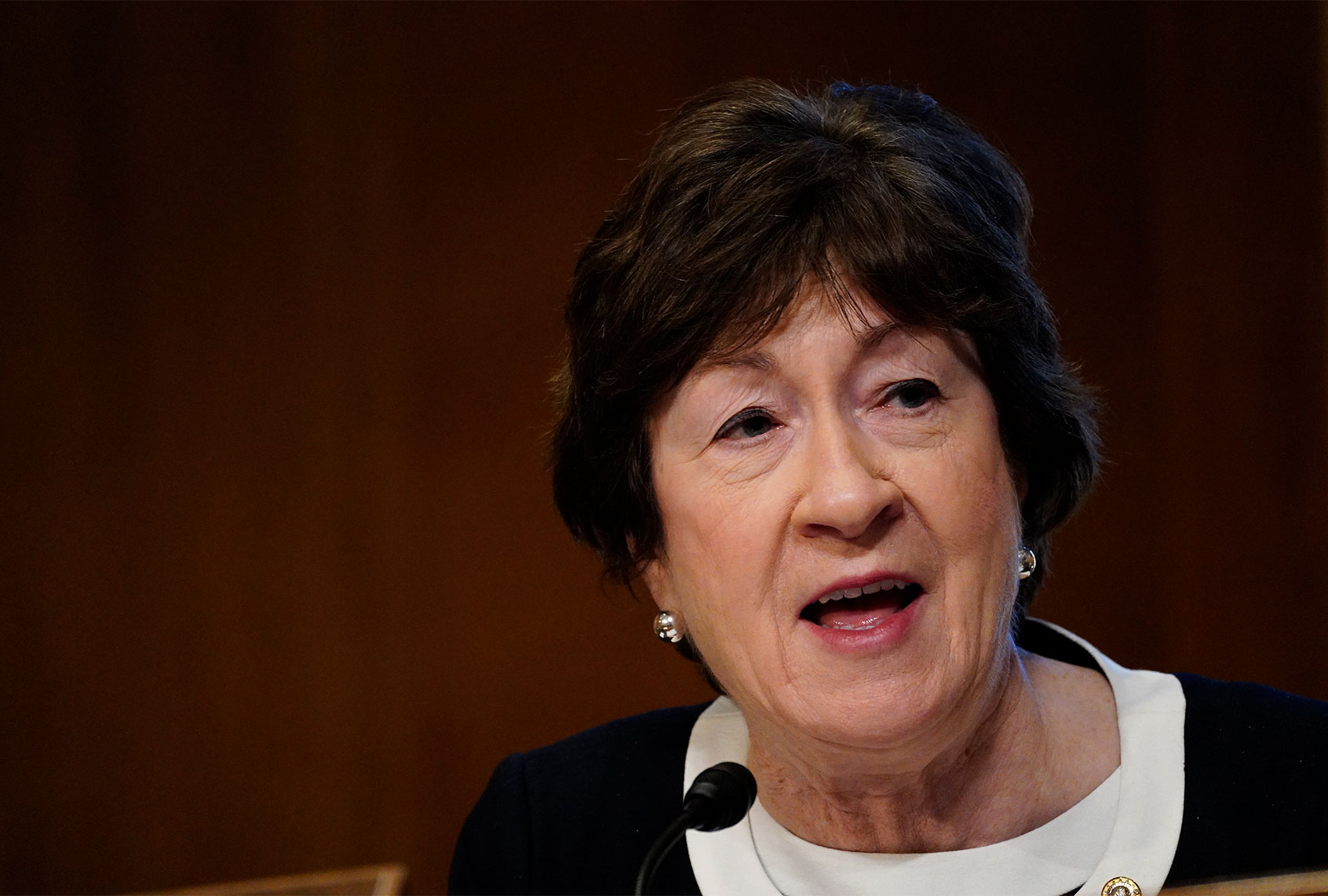 Sen. Susan Collins is clearly not happy with Senate Majority Leader Chuck Schumer, and she hasn’t been for a long while.

In an interview this week with Politico, she called his recent criticisms of her “extraordinary” and said: “Why Chuck seems to be going out of his way to alienate the most bipartisan member of the Senate is a mystery to me.”

She was focused on Schumer’s recent comments during a CNN interview. Asked by Anderson Cooper whether Democrats should have tried harder to get Republican votes on the COVID relief bill, he said: “We made a big mistake in 2009 and ’10. Susan Collins was part of that mistake. We cut back on the stimulus dramatically, and we stayed in recession for five years. And what was offered by the Republicans was so far away from what’s needed, so far away from what Biden proposed, that he thought that they were not being serious in wanting to really negotiate.”

It wasn’t even that harsh of a statement — he was criticizing his own failings, and saying Collins was a part of that.

Collins didn’t have much of a substantive response to Schumer’s claims in the Politico interview, but she pivoted to a grievance she’s been nursing against Schumer for over a year.

“It must just reflect his extraordinary frustration at having wasted $100 million in the state of Maine in an attempt to defeat me,” Collins said. “And for me to win by a strong margin.”

Point, Collins. Schumer really did seek to take her down in 2020, and he failed miserably. She was seen as one of the most vulnerable Republicans in the Senate, but the polling in her race turned out to be way off. As it happens, she’s still wildly popular in her state and likely knows Maine better than anyone else. A lot of her critics, including this writer, were wrong about her vulnerability.

But while she can rightly tout her victory over those who tried to take her down, her indignance over the attempt is pretty galling. She knows she’s in politics, she knows she’s a Republican. She should expect that Democrats will want to replace her — yet somehow finds herself shocked and appalled at the prospect.

“If I had been in his shoes, I would have acted differently and done outreach to say: ‘Well, I tried to knock you off three times. It didn’t work. I hope we can still work together,'” she told Politico.

Other Republicans chimed in for the piece to defend Collins and criticize Schumer’s remarks. But the whole thing comes off oddly childish. It’s certainly true, of course, that lawmakers’ feelings matter and poisoning a relationship in politics can result in worse outcomes for one’s side. But it’s frankly shocking to see a politician herself centering these issues in the narrative, acting as if it’s reasonable if the votes she casts on issues of national importance are appropriately decided based on how nice Scheme was to her that day.

The response a politician might give if they weren’t trying to make the story all about their own personal feelings would be something like this: “Schumer can say whatever he wants about me, what ultimately matters is that I serve the American people and the people of my state to the best of ability.”

So what’s actually going on here? And why does any of this really matter?

It does matter for the country whether Schumer can or can’t get enough votes in the Senate to pass his party’s priorities. But the problem for Collins — and probably part of the reason she’s so mad — is that her vote just isn’t that crucial. The writer of the Politico article doesn’t seem to understand this, claiming that “unless Senate Democrats can muscle through a unilateral rules change to end the legislative filibuster, Collins’ vote will probably also become a sought-after prize for Schumer.”

But this isn’t right at all. Schumer has 51 votes in the Senate, including the vice president’s tie-breaking vote, which is enough to pass anything that needs a simple majority with no Republican votes. Because of the current filibuster rules in place, of course, many important measures need 60 votes to pass the Senate.

It’s highly unlikely, then, that Collins’ vote will ever be crucial in the next two years. Along with Alaska Republican Sen. Lisa Murkowski, Collins is among the most likely members of her party to break ranks to vote for a bill. But if the bill needs 60 votes, that means Schumer will have to find ten Republicans to vote in favor of it. It’s hard to think, though, that there will be any measure that can get nine Republican Senate votes with Collins being the only one still up for grabs. More likely, if nine other Republicans are on board for a particular bill, then Susan Collins is already supporting it, and other GOP votes will be on the table. Part of her brand back home is being a centrist in the Senate, so a bill with that kind of wide bipartisan support is almost something she’d want to sign on to, regardless of her feelings about Schumer.

It’s possible that Collins could be a crucial vote if Schumer loses a single Democratic colleague’s support on a particular measure. But that’s not really likely to happen, either. If even one Democrat opposes a bill, Collins is almost certain to conclude that it’s too far left for her to support, too. And if it’s a completely idiosyncratic issue without clear partisan divides, then Collins’ vote is just in play as much as any other.

This is probably why Schumer didn’t hold back in openly criticizing Collins (though he doesn’t seem inclined to repeat his remarks.) He’s done the math, he knows the history, and he knows he’s not likely to need her, unless the make-up of the Senate party split changes in an unforeseen way.

Collins got that message, too. And that’s why she’s so rankled. When Barack Obama was president, he frequently had 59 Democratic seats in the Senate — making her vote potentially crucial for any 60-vote measure. That made her feel important and special.