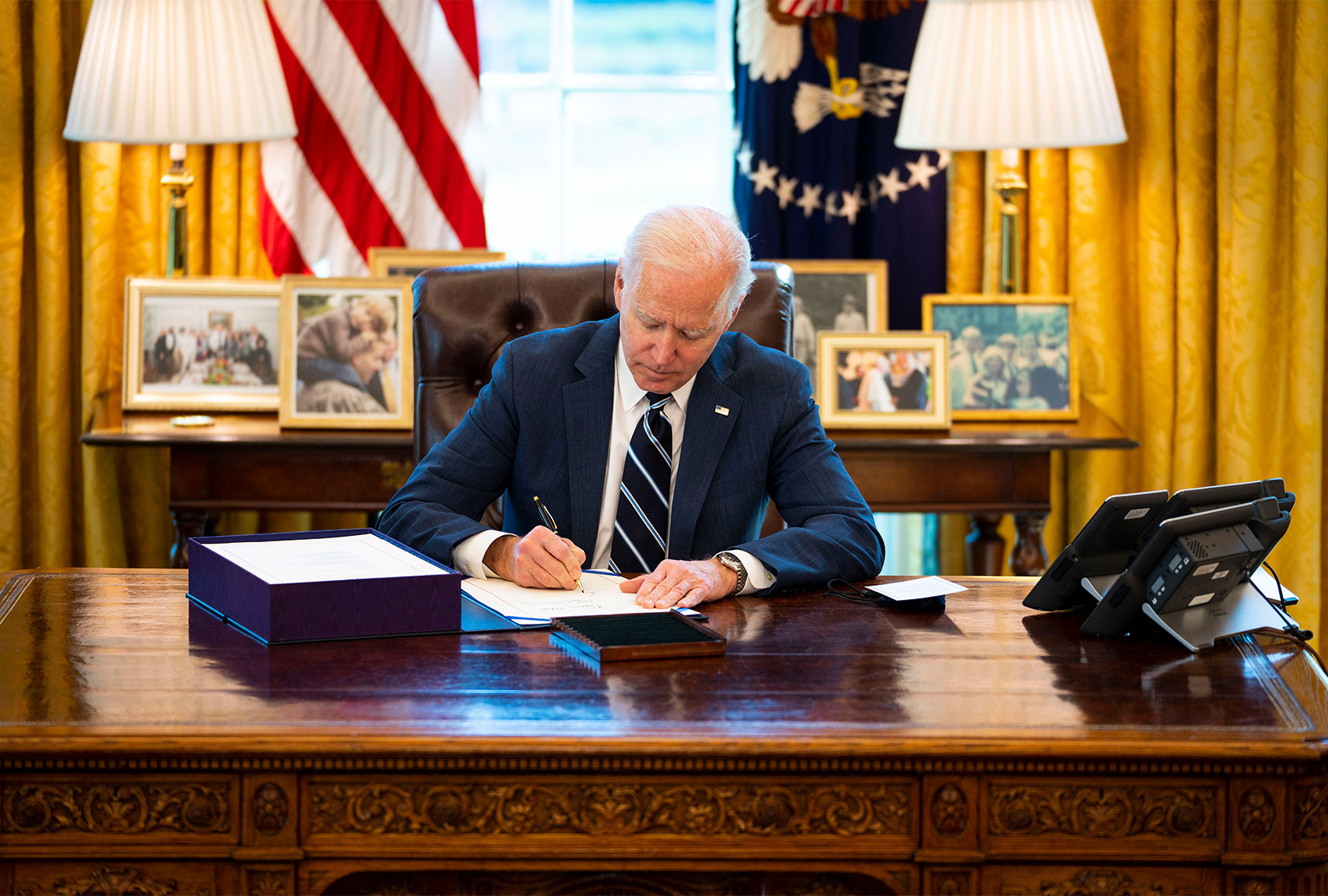 President Joe Biden’s COVID-19 stimulus bill, which he signed into law on Thursday, is going to directly and significantly improve the lives of millions of Americans.

First things first: This is a very important moment in American history.

Make no mistake about it, Biden’s bill is a historic achievement. After the major left-wing social and economic achievements of the Franklin Roosevelt and Lyndon Johnson presidencies, Democratic presidents became increasingly timid and centrist in their approach. (I’ve argued, however, that both Jimmy Carter and Barack Obama are in many ways underrated.) One of the concerns about Biden when he ran in the 2020 Democratic primaries was that, because he presented himself as a moderate alternative to more left-wing opponents like Bernie Sanders, he would not do enough to help ordinary people.

The COVID-19 stimulus bill indicates that Biden may actually be listening to his left-wing critics. As Salon’s Amanda Marcotte recently pointed out, the bill provides $27 billion in rental assistance, helps make the Affordable Care Act health plans less expensive and assists states that need to be fiscally healthy to properly care for their citizens during the pandemic. It also extends unemployment assistance until Sept. 6, provides nearly $30 billion in aid to restaurants and invests nearly $20 billion in COVID-19 vaccinations, with Biden later instructing states to open vaccinations to all adults by May 1.

While the bill did not raise the minimum wage to $15 an hour (as many progressives hoped it would), reduced weekly unemployment checks from $400 to $300 each week and moved up the date at which those checks expire, it is still a much more progressive measure than many anticipated. Here are the three policies in the legislation — formally known as the American Rescue Plan Act of 2021 — that are likely to directly help you and your loved ones.

The same standard applies for children and other people who are dependent on income earners. If you are a dependent for an individual who annually makes less than $75,000 or a couple that earns less than $150,000, you will also receive a $1,400 stimulus check. What’s more, this plan differs from predecessors in that it includes adult children who are students.

The White House says Americans may start receiving these as soon as this weekend.

To understand this provision of the bill, you must first know about COBRA.

COBRA, which is an acronym for Consolidated Omnibus Budget Reconciliation Act, was passed by Congress in 1986 so that eligible workers who lose their jobs or have their hours reduced can continue to receive their original health insurance for a limited period of time. There are some conditions: Generally, COBRA coverage only lasts for 18 to 36 months and companies need to have 20 or more full-time employees (or the equivalent thereof) to be required to extend COBRA coverage. Most importantly, it is usually expensive — indeed, often prohibitively so — because the worker or ex-worker in question has to pay the entire cost for their insurance.

The new COVID-19 stimulus plan will make things much easier for Americans who want to use COBRA to help with their health insurance. Under the relief bill, the government will subsidize the COBRA expenses of laid-off workers so they can remain on their employer-sponsored insurance plans from the start of April through the end of September. If people lose their jobs or have their hours reduced — or already had these things happen and would have been eligible for COBRA at the time — they can inform their employers that they wish to use COBRA. The employers who pay for their premiums will then be reimbursed by the government. The only groups to whom this does not apply are those who quit their jobs or were fired for gross misconduct.

It is unclear how many people this will help since, as of 2017, it was estimated that only around 130,000 unemployed working-age adults had health insurance through COBRA. (Again, it was extremely expensive before this new bill.) That said, millions of people who lost their jobs during the pandemic may sign up as a result of Biden’s new subsidy.

The bill’s reformed Child Tax Credit (CTC) that will help lift children out of poverty. It is also a small step toward universal guaranteed income

If you’re not familiar with the concept of a universal basic income, it is the idea that the government should automatically provide each citizen with a certain amount of money every year to make sure that no one falls below the poverty line.

The reformed CTC does not go that far — not even close — but it is still a step in that direction. As David Wessel, director of The Hutchins Center on Fiscal and Monetary Policy at The Brookings Institution, told CBS News, “It’s a big deal. It’s one of the most significant steps we’ve taken to lift children out of poverty.” The CTC used to provide a tax credit of up to $2,000 per child as long as the child was under the age of 17, with the amount being reduced by 5 percent of adjusted income for single parents who made over $200,000 annually and married couples who made over $400,000. (If the credit is greater than the amount owed by a family in taxes, families were only eligible for a refund of up to $1,400 for each child.) Children who are 17 to 18 and full-time college students who are 19 to 24, as well as other dependents, were eligible for nonrefundable credits of up to $500.

The COVID-19 stimulus bill’s changes to the CTC are only temporary (although some Democrats want to make them permanent), but they are drastic. The reformed CTC will be extended to all children under the age of 18, meaning 17-year-olds are now included. For another, single parents who make up to $75,000 a year and married couples who make up to $150,000 will receive a $3,600 credit for children under the age of six and $3,000 for children between six and 17. Parents who make more than that amount will find their credits reduced by $50 for every extra $1,000 they earn in adjusted gross income. It is also fully refundable, even for taxpayers whose credit is larger than what they owe in taxes, and extends even to people who are unemployed. In its earlier incarnation, the CTC was not given to people who earned less than $2,500 each year and was only offered in limited amounts to families with very low incomes.

The old credit will still be available to parents who are not eligible under the current system. While matters are complicated for divorced parents, and there will likely be snags that have to get worked out, under the old rules the credit goes to the parent who has custody of the child for more time. For parents who split custody 50/50, the credit is given to the one with the higher adjusted gross income.

But this bill is still not enough

As The New York Times recently noted in a harrowing report on how the pandemic has caused massive economic suffering in Nevada, this bill is not going to immediately solve the poverty crisis that long preceded the pandemic but has been made much worse by it. On a deeper level, the problem is that America lives in a capitalist society. Wealthy individuals and businesses have rigged the system to benefit themselves at the expense of everyone else, leading to a growth in income inequality since the 1970s as well as other major social ills (climate change and our inadequate response to COVID-19 come to mind). This bill does not address any of those deeper structural flaws. There are millions of people who have been struggling to survive during the pandemic because government relief simply isn’t enough, and the bill is not going to fill a lot of those gaps. It does, however, provide some meaningful relief in the short term.

This bill was passed without any Republican support, with Democrats pushing it through Congress using the budget reconciliation process. Republicans are attempting to spin away its likely success by arguing that any upcoming economic benefits will have been Donald Trump’s doing. Trump had absolutely nothing to do with shaping the bill and the economy suffered immensely during his pandemic stewardship.

Ivanka Trump and Jared Kushner barred Secret Service from using their restrooms, sent them to Obama 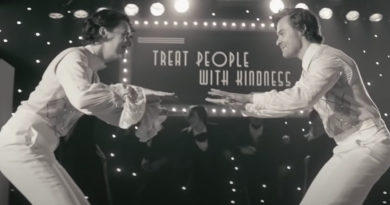