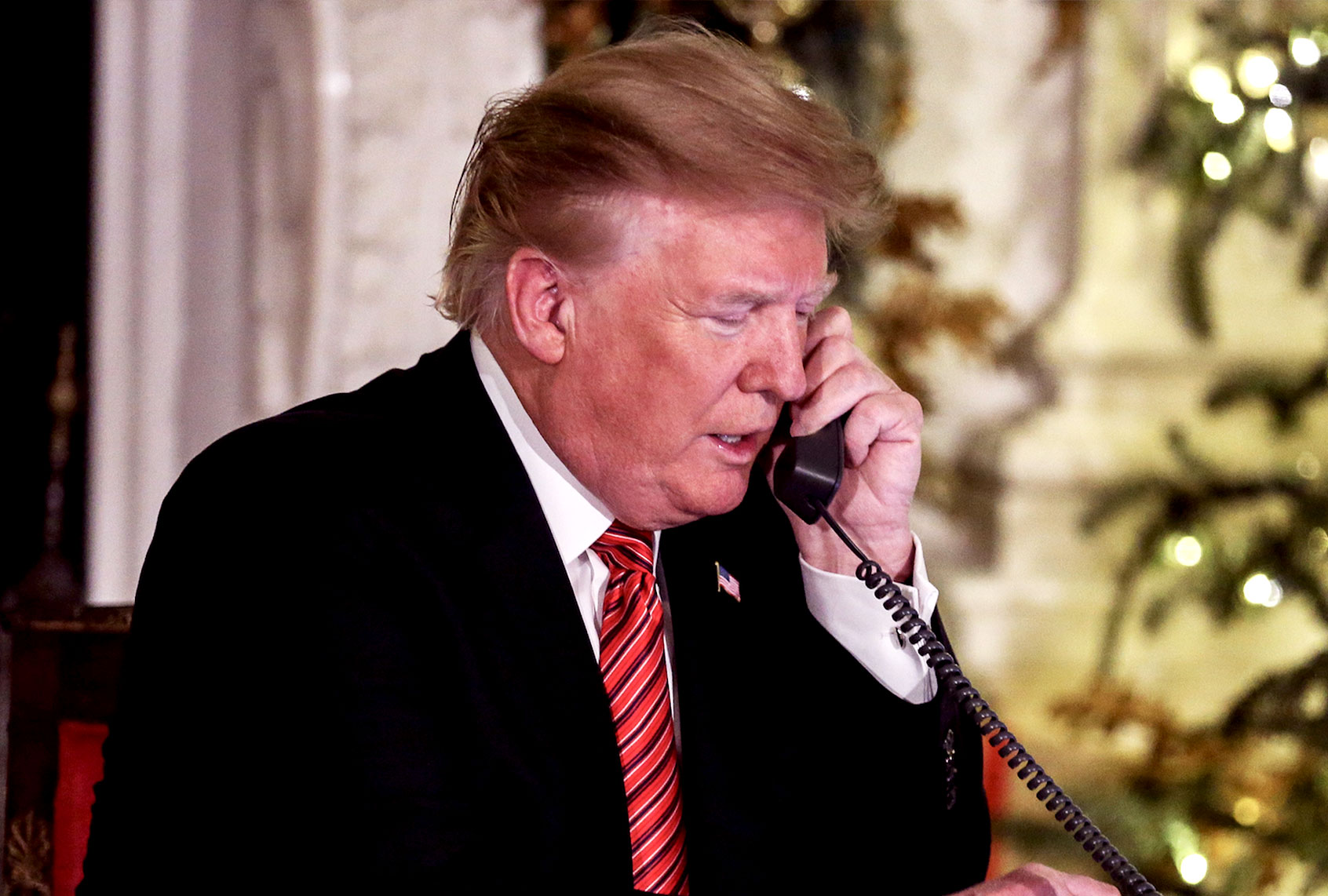 Former President Donald Trump pressured the top investigator at the Georgia secretary of state’s office to find nonexistent election fraud in the Atlanta area in a December call released by The Wall Street Journal on Wednesday.

“I won Georgia, I know that, by a lot. And the people know it and something happened. Something bad happened,” Trump insisted to chief investigator Frances Watson, citing his electoral victories in nearby Alabama and Florida. Three audits and recounts have confirmed there was no widespread fraud or irregularities in the Georgia election.

“When the right answer comes out, you’ll be praised,” Trump told Watson in the call, which came about a week before his now-famous phone call with Georgia Secretary of State Brad Raffensperger, which is currently the subject of a criminal investigation.

Trump also pressed Watson to complete the state’s audit of election results in Cobb County before Jan. 6, the day he held a rally that sparked the deadly Capitol riot during the certification of electoral votes.

“Do you think they’ll be working after Christmas, to keep it going fast?” he asked. “Because, you know, we have that date of the 6th, which is a very important date.”

Trump told Watson, who said she had met with then-White House chief of staff Mark Meadows the previous day, that she had the most important job in the country and pressured her to review signatures on mail-in ballots going back multiple years.

“I hope you’re going back two years, as opposed to just checking, you know, one against the other because that would just sort of be a signature check that didn’t mean anything,” he said.

“If you can get to Fulton, you are going to find things that are going to be unbelievable,” Trump added, referring to the state’s most populous county, which contains Atlanta and is more than 44% Black, according to current estimates. Trump’s campaign to overturn election results was primarily focused on areas with large numbers of voters of color.

Trump did not mention any evidence but insisted that his loss in Georgia “never made sense” and blamed voting rights advocate Stacey Abrams, who he called “really, really terrible.” He said his information was based on “really good sources,” like attorney Rudy Giuliani, who faces multiple lawsuits for stoking false claims about the election.

Watson told Trump that she and the Georgia Bureau of Investigation were “only interested in the truth and finding the information that is based on the facts.”

Watson, who is a career employee, said she was shocked that Trump called her directly.

“I do know that you are a very busy, very important man and I am very honored that you called,” she said on the call. “And quite frankly I’m shocked that you would take time to do that, but I am very appreciative.”

The call came during Trump’s weeks-long pressure campaign on Georgia election officials, which has prompted a criminal probe by Fulton County District Attorney Fani Willis. A grand jury has been convened in the case and Willis told Fox 5 Atlanta that she plans to issue grand jury subpoenas. She also told top state officials last month to preserve any evidence related to attempts to influence the election. Willis recently hired racketeering expert John Floyd to assist with the investigation, according to Reuters. Floyd previously helped Willis prosecute dozens of Atlanta public school educators in a standardized test rigging scheme. Willis mentioned racketeering as a possible charge in the investigation in her letter to officials.

Willis said in the letters that she has no reason to believe any Georgia official violated the law but said she is investigating several potential violations, including “solicitation of election fraud, the making of false statements to state and local government bodies, conspiracy, racketeering, violation of oath of office and any involvement in violence or threats related to the election’s administration.”

The investigation was launched in response to Trump’s Jan. 2 call to Raffensperger and other officials, in which Trump pressured the election official to “find 11,780 votes” to flip the election. Trump reportedly made 18 previous attempts to reach Raffensperger. The White House also forced out the U.S. attorney in Atlanta around the same time.

The call came after Raffensperger’s office had conducted a recount and a forensic audit of about 15,000 mail-in ballots in Cobb County, which found no widespread irregularities and confirmed Joe Biden’s narrow victory in the state.

Ari Schaffer, a spokesman for Raffensperger, told the Journal that Trump’s call to Watson “is just one more example of how Secretary Raffensperger’s office’s public comments also reflect what was said in one-on-one conversations: We would follow the law, count every legal vote and investigate any allegations of fraud. That’s exactly what we did, and how we arrived at the accurate final vote tally.”

Watson told WSB-TV that no investigators had requested the recording of the call but said she “wouldn’t be surprised if it was requested and I wouldn’t mind sharing it.”

Willis would have to prove a pattern of corruption in order to charge Trump with racketeering. The Watson phone call could provide the DA with the evidence she needs, Georgia attorneys say.

“It’s not a stretch to see where she’s taking this,” Former Georgia Secretary of State Cathy Cox, the dean of Mercer University’s law school, told Reuters. “If Donald Trump engaged in two or more acts that involve false statements — that were made knowingly and willfully in an attempt to falsify material fact, like the election results — then you can piece together a violation of the racketeering act.”

Willis’ office has indicated that it’s also investigating a call from Sen. Lindsey Graham, R-S.C., pressuring Raffensperger to throw out legal ballots, and Giuliani’s efforts to convince state lawmakers to block the certification of the election results.

But racketeering is a difficult crime to prove. “There are not a lot of people who avoid serving prison time on a racketeering offense,” Cox said.

Trump faces a separate criminal investigation by Manhattan District Attorney Cy Vance, who also recently added a top racketeering prosecutor to his team. That investigation is focused on the former president’s finances and business practices. The Wall Street Journal reported on Monday that the DA’s office has issued new subpoenas focusing on Trump’s Seven Springs estate in Westchester County, north of New York City, which he unsuccessfully tried to develop before valuing the property he bought for $7.5 million at $291 million, giving him a large tax break. He later valued the property at $25 million to $50 million on his presidential financial disclosure. Vance recently won a Supreme Court decision that allowed him to obtain years of Trump’s tax returns. Vance’s office has also interviewed longtime former Trump personal attorney Michael Cohen seven times, according to Reuters.

Former White House counsel John Dean, who helped bring down Richard Nixon during the Watergate trial, predicted that Vance’s office is closing in on Trump.

“From personal experience as a key witness I assure you that you do not visit a prosecutor’s office 7 times if they are not planning to indict those about whom you have knowledge,” he tweeted. “It is only a matter of how many days until DA Vance indicts Donald & Co.” 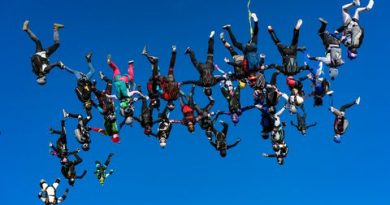 ATTENTION! ATTENTION!! ATTENTION!!!
THE ATTENTION OF ESAN NORTH EAST LOCAL GOVERNMENT AREA COUNCIL IS HEREBY DRAW TO AN URGENT ATTENTION OF THE EROSIONS OVERFLOW IN MISSION ROAD, COVENT ROAD JUNCTION DUE TO A BLOCKAGE OF THE DRAINAGE AT THAT POINT CAUSE ALOT OF HAVOC TO THE ROAD USER. PLEASE THE CONCERN SHOULD URGENTLY ARREST THIS SITUATION TO AVOID DISASTER TO OUR SCHOOL CHILDREN NOW THE RAIN HAS COME. YOUR PROMPT ATTENTION WILL BE HIGHLY APPRECIATED. ... See MoreSee Less

This is St Camillus Hospital front

Who exactly are u directing this complain to? Na waoooo

Who are the persons we should call to arrest this situation? Pls let’s be balanced when calling for help and attention. This erosion can be corrected with less that #10,000. If the shop owners around that junction put heads together, these Hausa guys can be brought in to clear that gutter and paid off while the waste can be collected and dumped. Not everything the government will do for us and responsibilities like these can be handled by those with in that environ.

This is what happens when people fail to appreciate what they have. The drainages have been made their refuse dump sites. The harvest is the flood. It's just starting.

Lol them even video my car join 😂😂😂

If I may ask,what are the duties or job of our local government chairman?ordinary environmental sanitation he can not conduct in dat small uromi..I pity u oga chairman

This is nothing compared to what I saw in owerri today

Mr lay ur complain to ur CDA shairman, they can handle this