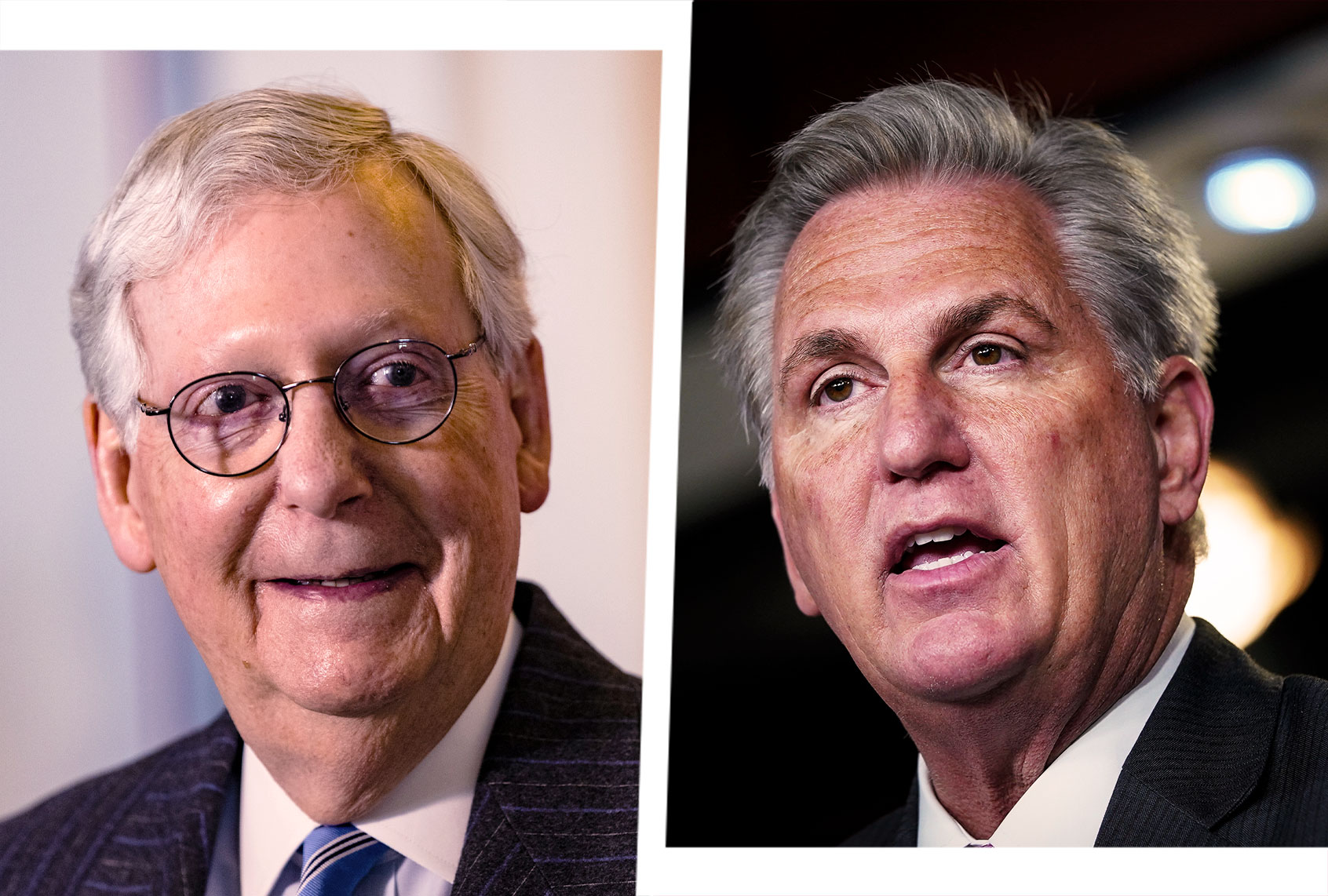 Just as President Joe Biden’s $1.9 trillion stimulus was clearing its last hurdle on Tuesday and passing the House, Republicans on Capitol Hill launched a PR campaign aimed at suppressing Democrats’ future ability to claim credit for a post-pandemic economic recovery.

GOP leaders, arguing that the massive relief measure was unnecessary, claimed that America’s recovery was already underway and that the Democrats’ sweeping package would only hinder — rather than hasten — the economy’s revival.

“The economy is coming back, people are getting vaccinated: We’re on the way out of this,” Senate Minority Leader Mitch McConnell, R-Ky., told reporters. “We’re about to have a boom. And if we do have a boom, it will have absolutely nothing to do with this $1.9 trillion.”

House Minority Leader Kevin McCarthy made a nearly identical argument — a clear indication these talking points had been carefully crafted.

“I believe the American people are going to see an American comeback this year, but it won’t be because of this liberal bill,” the California Republican said. “This bill won’t speed up our return to normal; it will only … burden future generations with unnecessary debt.”

Biden and Democrats will certainly take credit for speeding the recovery along — and already have, to some degree —even though the economy began to rally even before enactment of the latest stimulus. Economists and experts have indicated that while the legislation is likely to shorten the economy’s recovery time, its vast size certainly comes with risks.

These messaging strategies are reminiscent of a decades-old approach that both political parties have used, seeking to turn economic crises to their advantage. To cite the most obvious example, although more Republican presidents have overseen recessions and more Democrats have overseen recoveries, blame can always be spun in either direction, depending on who’s doing the talking and how they want to slice up the data.

Democrats of course chose to blame George W. Bush for the Great Recession of 2008, which began toward the end of his term, while Republicans — somewhat less plausibly — tried to pin the blame on Barack Obama. When the economy finally emerged from its deep slump toward the end of Obama’s tenure, Democrats cheered a victory while Republicans remained silent — until it was time to hail Donald Trump for record gains in the stock market.

This pattern is closely akin to the way Republicans rediscover their aversion to deficit spending whenever a Democrat moves back into 1600 Pennsylvania Avenue. Aside from hardcore budget hawks like Sens. Rand Paul of Kentucky and Mike Lee of Utah, conservatives appeared to forget about the deficit entirely under Trump. On his watch, the national debt continued to skyrocket, even before the pandemic arrived. Democrats have pointed to Trump’s tax cuts for corporations and the ultra-rich, which may cost roughly $2 trillion over the span of a decade — and despite conservative promises have not come close to paying for themselves — as the most dramatic evidence of GOP budget hypocrisy.

To absolutely no one’s surprise, weeks into Biden’s first term, Republicans are already calling on him to address the debt crisis that went unmentioned under his predecessor.

“I think one thing the Biden administration really has to focus on is the risk of what all this debt is going to do to us,” Sen. Rick Scott, R-Fla., who chairs the Senate Republicans’ campaign arm, told reporters.

After the insurrection, America’s far-right groups get more extreme

With one secret ingredient, you can bake the flakiest pastry crust of all time

It’s time to reject the gods of commerce: America is a society, not an “economy”