The state Police Public Relations Officer, SP Bello Kontongs, confirmed the incident and said the police were on the trail of the gunmen.

“It is true, three persons were kidnapped, two students and one staff. The police are after the kidnappers and we will get them,” he said.

The PUNCH learnt that gunmen on Wednesday night stormed the school abducting two students and a lecturer.

As at the time of filing the report, what led to the kidnap was unknown, while the kidnappers were yet to make contact with the school authorities or the family of those abducted.

Meanwhile, Mr Godwin Osakwe and his 17-year-old son who were kidnapped on Tuesday were released on Thursday after the family was said to have paid N3 million ransom.

Mr Osakwe and his son were abducted at the notorious Ahor Village Slope section of the Benin Bypass.

A source familiar with the incident confirmed that the father and son have been released after delivering the ransom.

The source said, “I can confirm that the father and son have been released and they have reunited with their family.”

ICYMI: Couple who married with no reception, bridal train, others – The Punch 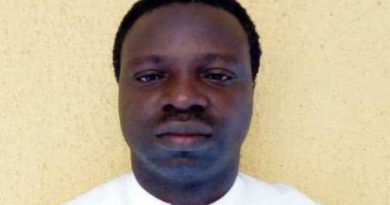 Kidnapped Nigerian priest has been released. Published 2/19/2020. World. – The Pilot