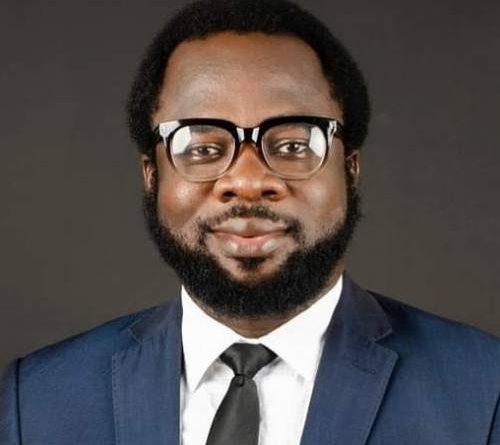 It was with dismay that I watched the Federal Executive Council alongside the Attorney General of the Federation Abubakar Melami SAN signed an MOU with the British government on the repatriation of the looted fund of the sum of £4.2 million which was laundered from the treasury of the Delta State government by former Governor James Ibori which led to his conviction on 10 count charges bordering on fraud and money-laundering in February 2012 in the United Kingdom.

The agreement states that said fund will be received by the federal government and same shall be deployed towards the completion of the Second Niger Bridge, Abuja – Kano expressway and the Lagos – Ibadan expressway under the coordination of the Nigeria Social Investment Authority (NSIA)

I have been however reliably informed that based on the agreement signed, the £4.2million is to be returned to Nigeria two weeks from now. I hereby wish to respond to this as follows.

That the aforementioned funds belong to the Delta State government and same cannot be appropriated and/or misappropriated by the federal government to fund projects already appropriated for in the Nigerian 2021 budget.

That the £4.2million was earned by the Delta State government through her Internally Generated Revenue (IGR) scheme, 13% Derivation Funds from the Federal Government’s sales of Grude Oil and loans anf other lawful means before the said funds were laundered by former Governor James Ibori.

That it is the law that state funds are meant for the development of the state and her people but if by any means such funds are diverted for personal use, the said funds if recovered, must be returned to the state account from where it was looted or diverted.

That Nigeria is administered by the principles of federalism where fiscal autonomy is driven through financial autonomy wherein the federal government’s revenues are clearly separated from the state finances (see section 162 subsection 1-4 of the 1999 constitution as amended which says “the Federation shall maintain a special account to be called a” Federation Account” into which shall be paid all revenues collected by the Government of the Federation except the proceeds of personal income tax of the personnel of the armed forces of the Federation, the Nigeria Police Force, the Ministry or department of government charged with responsibility for Foreign Affairs and the residents of the Federal Capital Territory, Abuja.
(2) The President, upon the receipt of advice from the Revenue Mobilisation Allocation and Fiscal Commission, shall table before the National Assembly proposals for revenue allocation from the Federation Account, and in determining the formula, the National Assembly shall take into account, the allocation principles especially those of population, equality of States, internal revenue generation, land mass, terrain as well as population density;
Provided that the principle of derivation shall be constantly reflected in any approved formula as being not less than thirteen per cent of the revenue accruing to the Federation Account directly from any natural resources.

(3) Any amount standing to the credit of the Federation Account shall be distributed among the Federal and State Governments and the Local Government Councils in each State on such terms and in such manner as may be prescribed by the National Assembly.

(4) Any amount standing to the credit of the States in the Federation Account shall be distributed among the States on such terms and in such manner as may be prescribed by the National Assembly.

The above sections of the 1999 constitution clearly addressed the fact that revenues already distributed to states belong to the states. To this end, it is the intention of the law that state revenue remains their exclusive preserve, therefore state revenues recovered anywhere in the world should be returned to the state from where it was stolen and thereafter recovered. This is the most equitable and justifiable application of the law to addressing the above issue

Federalism and Fiscal Autonomy leans in favour of financial autonomy, which include the autonomy of the units to have a sufficient measure of control over resources accruing in and derivable from area of their individual territorial jurisdiction.

The law emphasized on the need for financial independence or autonomy of each of the sphere or constituents units of government in a federal order and their unrestrained liberty to pursue their respective
development without depending on the other(s) constituents units for aid.

That the Federal Executive Council alongside the Attorney General of the Federation have no authority whatsoever over that fund and cannot take a decision on it when the Delta State Government has not decided how the resources will be used to develop the state.

I therefore wish to demand that the Federal Executive Council and Attorney General of the Federation reverse their decision to deploy the Delta State Governments funds to any other use order than that directed by the state. If in the next 7 days the aforementioned decision is no reverse and apologies tendered to the good people of Delta State I shall have no other option than to proceed against you in the court of law for redress.

Listen to article Paris, 30 April—On the occasion of World Press Freedom Day, celebrated every year on 3 May, UNESCO