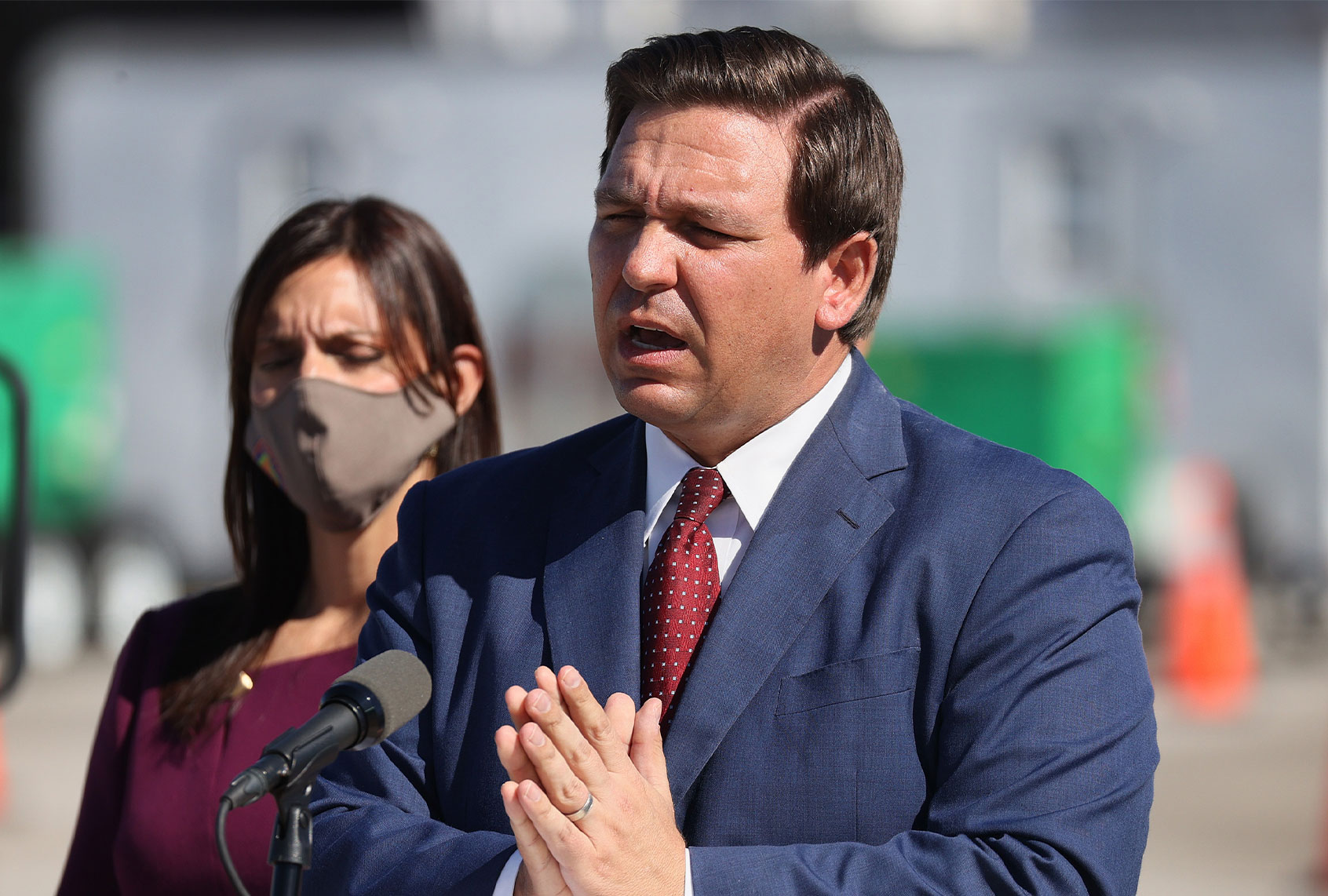 “Gov said he might show up,” Jensen, a developer in the ritzy Lakewood Ranch area, wrote in a text message to Baugh on February 9. “Should try to see if that would help him get exposure here.”

“Excellent point. After all, 22 is right around the corner,” Baugh replied, referring to the upcoming gubernatorial election.

“Yup,” Jensen agreed, adding that the campus where the Lakewood Ranch pop-up site would be held “could have a nice setup for him.”

“Absolutely,” Baugh replied, adding: “This can be huge for him.”

DeSantis, who is expected to run for re-election next year but has yet to formally announce his plans, has denied providing any special access to vaccines and insisted the sites were set up in wealthier areas of the county to boost vaccination rates for seniors. But the texts also suggest that DeSantis’ aides played a role in developing a list of VIPs who would be vaccinated during the governor’s visit. Baugh, who is under investigation by the Manatee County Sheriff’s Office and faces an ethics probe following complaints that she abused her position, put her own name and Jensen’s on the list.

Jensen, who said he had just finished a call with DeSantis and fellow Lakewood Ranch developer and GOP donor Pat Neal, said he was asked to compile a list of vaccine candidates — even though the county commission had unanimously voted to create a randomized system to determine who was eligible.

A DeSantis spokesperson denied that political considerations factored into his push to set up vaccine sites in the area.

“It’s unclear why these individuals would make such absurd remarks,” the spokesperson said in a statement to WFLA. “The Governor’s only focus remains getting shots in arms and protecting our most vulnerable.”

The texts were obtained through a public records request by Sarasota paralegal Michael Barfield, who said they were “proof” that political advantage had been a key priority in setting up the sites.

Barfield filed a complaint with the Manatee Sheriff’s Office accusing Baugh of “misuse of public position.”

Baugh has said that DeSantis asked Jensen to set up the sites and Jensen reached out to her for assistance. She has apologized for adding her own name and others to the vaccine list but defended setting up the sites in two zip codes in her district during a commission meeting, arguing that the areas “really encompass lots of southeast area of Manatee County, which is what the governor wanted to do.”

“People need to look at the statistics,” she said. “There have been other clinics and many people out east haven’t received the vaccines and are underserved. I see it as a win-win. This is not a negative situation.”

“I think she should have stepped down because — and it wasn’t because of the vaccines, amen, let’s hope we get more,” she told WTSP. “It was because of the list.”

Neal, a DeSantis donor, was also asked to set up vaccination sites that ended up opening in three communities where Neal is developing homes, according to the Herald-Tribune, including a Sarasota County development where homes are valued at more than $1 million.

The ultra-wealthy Ocean Reef Club in Key Largo, home to many Republican donors, also got priority access to a special vaccine site in January, according to the Tampa Bay Times. DeSantis said the “state was not involved” in the decision but both hospital systems that supplied the vaccines said the state had authorized the distribution, according to the Times, around the same time that one of the hospital systems was forced to cancel hundreds of vaccination appointments because it ran out of supply.

“If this isn’t public corruption, I don’t know what is,” Fried said.

The DeSantis-led vaccine prioritization effort appears to have been a financial boon for his campaign. DeSantis’ political committee has raised $3.9 million since December, including $2.7 million in February alone.

Rep. Charlie Crist, D-Fla., who is also a former Florida governor, called on the Justice Department to investigate whether the vaccine events had benefited DeSantis’ allies and donors.

“The more we learn about Governor DeSantis’s abuse of power, the worse it is. We already knew the Governor was directing vaccines to his favored donors and constituents,” Crist spokesman Joshua Karp told CNN. “Now it’s clear that the Governor’s team handpicked vaccine recipients, bypassing a county’s random selection process — for political gain — denying seniors and others the vaccines they need. The authorities must investigate this abuse of power immediately.” 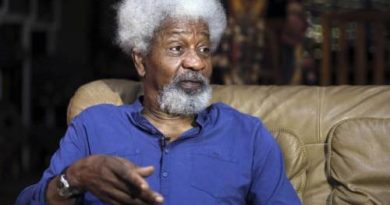 The Endless Martyrdom Of Youth, By Wole Soyinka