Aisha Buhari, Wife of the President Muhammadu Buhari has lamented the continued abduction of women and girls in Nigeria by bandits and terrorists.

Aisha in a statement on the occasion of the International Women’s Day on Monday posted on her official Twitter handle @aishambuhari, said: “As a mother, I share the sorrow and agony of the victims and families.

“I am also not unaware of the impact that these abductions could have in reverting many successes we have hitherto achieved, especially in terms of girl-child education and early marriages.”

She however called on all stakeholders to exert their different levels of influence towards bringing the mass abductions to an end.

While appreciating efforts of women and girls in the fight against COVID-19, she noted the pandemic has had a huge impact on women, disrupted education and careers, and led to an increase in domestic violence.

She urged everyone that beyond spreading the message of COVID-19 protocols, they should remember and support those negatively affected by the pandemic.

Aisha had gone off the radar around September 2020 shortly after the flamboyant wedding of her daughter, Hanan, who married Mohammed Turad.

Apart from the opulence on display, event planners for the wedding were flown in from the United Arab Emirates, to add colour and spice to the ceremony.

Earlier in August 2020, the First Lady was also reported to have flown to Dubai in a private jet owned by billionaire Mohammed Indimi under the guise of going for a medical emergency but which was to shop for luxury items ahead of the wedding.

Most of the items, including souvenirs used for the wedding, were brought in from the foreign country.

A top source had told SaharaReporters in December 2020 that the First Lady had now relocated quietly to the UAE and that she would not be returning anytime soon.

“Aisha Buhari has relocated quietly to Dubai. She had been going even before the daughter’s wedding. For three months now, she has been there.

“And then, Zahra had a baby. Aisha has been away since. Occasionally, she issues statements announcing the distribution of palliatives. She cited insecurity in the Villa after that shooting incident,” a presidency source had stated. 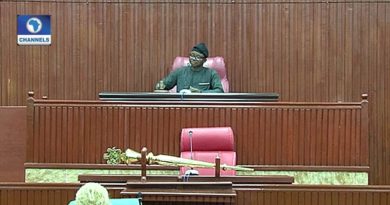