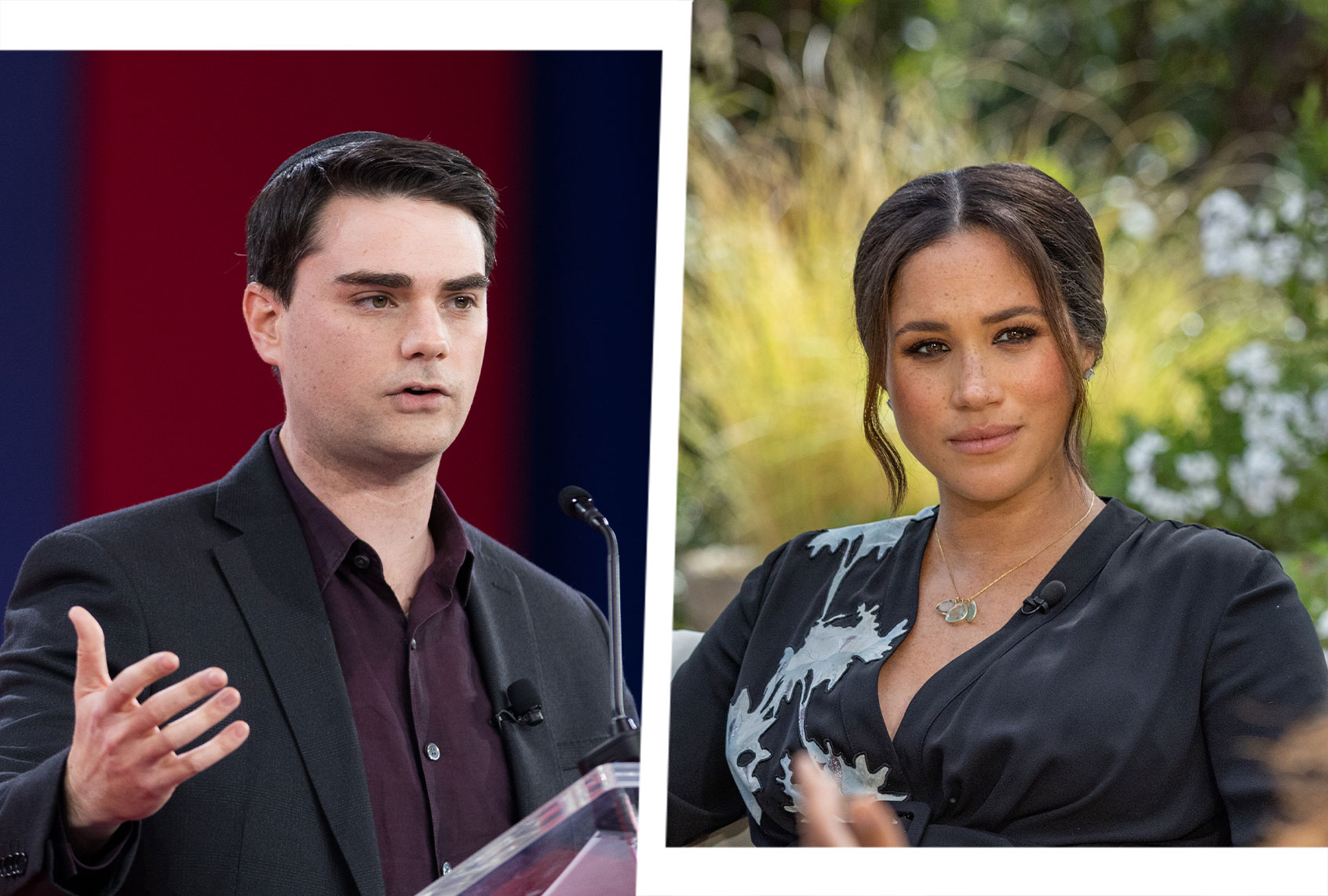 “I don’t think it happened,” the pundit said during a Monday taping of his Daily Wire show. “The reason I don’t think that happened is because no one says anything like that.

Shapiro’s disbelief comes in response to a bombshell CBS interview on Sunday between Oprah Winfrey, Duchess Markle, and her husband, Prince Harry, during which the Prince and the Duchess explained their motivations for breaking with the royal family. Markle recounted many instances of racism she endured during her time within Buckingham Palace. The Dutchess described concerns and conversations within the royal family about the complexion of her unborn son’s skin. Winfrey had asked whether Markle could share the exact questions of people who expressed these concerns, but Markle declined.

“[The concerns] were relayed to me from Harry,” she told Winfrey. “Those were conversations that family had with him. That would be very damaging to them.”

During his show, Shapiro objected to Winfrey’s interviewing style. “Now, this would be an excellent time for Oprah, being the interview,” he said, “to ask, ok, ‘Can you name a name?'”

Shapiro’s disregard of the emotional complexity fits squarely into his defining catchphrase: “Facts over fiction.”

“‘How dark is your son’s skin going to be?'” he continued, “Beyond like, the racism of it, the actual stupidity, like the human stupidity of asking that question.”

More than denying Markle’s lived experience, Shapiro took strong issue with the fact that the Prince was out speaking against his own family. “Imagine being Prince Philip,” Shapiro tweeted, “fighting Nazis, helping preside over the UK during the Cold War and the economic struggles of the 1970s, and now watching your spoiled grandson basically call the institution to which you have silently devoted your life a vile repository of bigotry.”

Shapiro capped off his flurry of outrage by accusing the Duchess of weaponizing wokeness. He tweeted, “We told you not to screw with us, George III. And now we’ve unleashed our most dangerous resource: B-rate TV actresses wielding wokeness.”

Watch below, via Media Matters:

Bernie Sanders’ inner circle is pushing Joe Biden to the left. Or, at least, they’re trying to

A red cargo car with registration number GR 2277 J has crushed to the ground on the road at Brafoyaw,