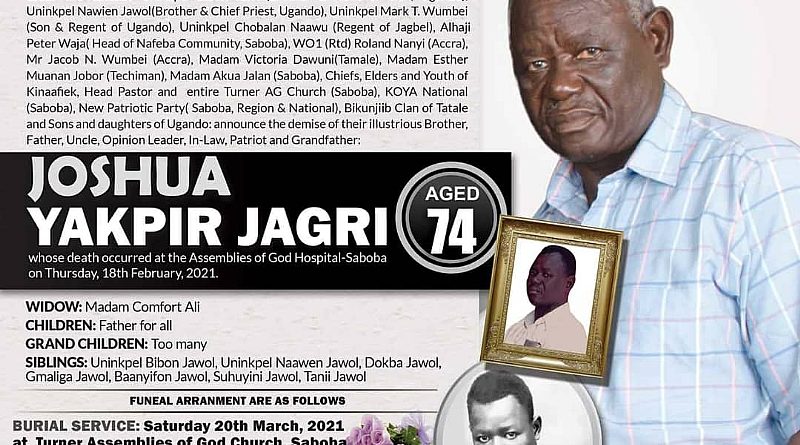 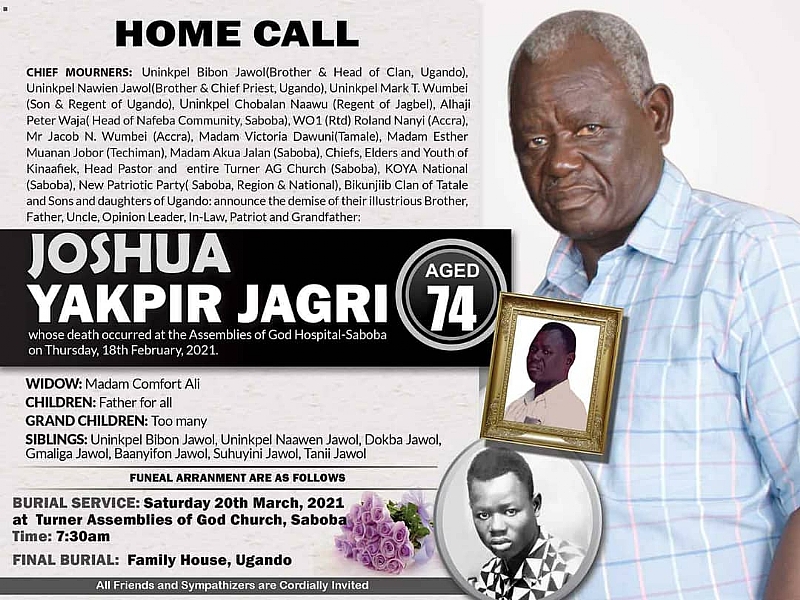 Information reaching Voiceless Media, confirms the demise of the late Joshua Yakpir Jagri, also known as father for all. The sad event according to sources, occurred on Thursday, February 18, 2021. He died at age 74.

He is known to be one of the founding members of the New Patriotic Party (NPP) in a constituency which was widely known some years back as National Democratic Congress (NDC) dominated, Saboba Constituency.

Being Parliamentary Candidate for the Party in the year 1996, he kept his polling station, Old Zagbeli for the party since then. He was Presiding Member of the Saboba District Assembly and also the District Director of Non Formal Education.

Joshua Yakpir Jagri, became the first Constituency Chairman under whom the Party won the Saboba seat in 2004 for the first time.

Abraham Jawol, NPP Parliamentary Candidate for Saboba for election 2020 and son to the late late Joshua Yakpir Jagri, confirmed the news and gave Voiceless Media an outline of plans of burial and the funeral performance. 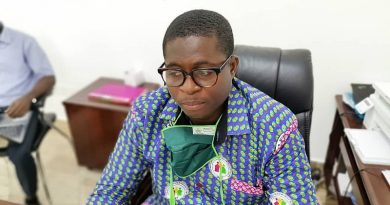 $1m per constituency: It is never true we are just into toilet construction—Middle Belt Authority

Getting started with investing

Nursery, kindergarten, primary, JHS one and SHS one students will go to school in January 2021. However, JHS two and