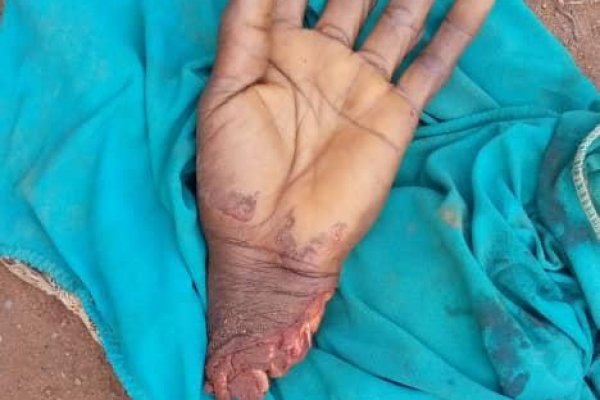 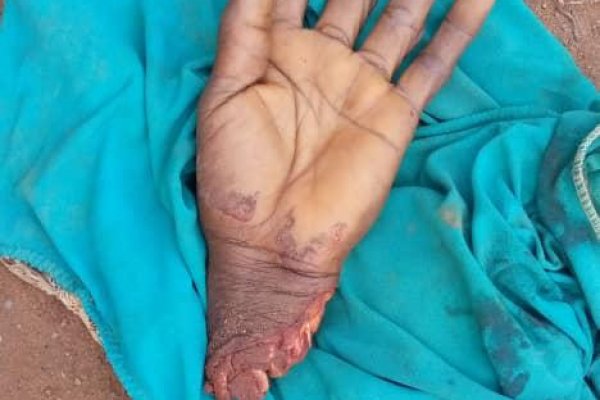 A 40-year-old mentally ill man has chopped off the left arm of a 58-year-old woman identified as Adwoa Mansa and injured six others at Ajumako-Badukrom in the Ajumako-Enyan-Essiam District of the Central Region.

The victims who were attacked unprovoked in the early hours of Sunday, February 28, included Asher Osman, 75, whose daughter’s left hand was chopped off.

Three teenage males who were on their way to the farm also received various degree of injuries but were treated and discharged.

Currently, Madam Mansa and her mother, also a victim, are responding to treatment at Our Lady of Grace Hospital at Breman Asikuma also in the region.

The suspect has been arrested to assist with police investigations but the chopped hand of the victim has been buried.

According to him, the suspect saw the victims and suddenly attacked them with a sharp cutlass without any provocation.

“He attacked the people with cutlass indiscriminately without any reason,” the District Commander said.

However, an eyewitness who gave her name as Sister Baby, a relative of Mansa explained that the incident happened around 0600 hours on Sunday, February 28, whiles Mansa and her daughter were in their house.

According to her, someone in the community called Mansa with a loud voice, urging her to run into her room but within a twinkle of an eye, the suspect emerged from nowhere and chopped off the victim’s left hand.

The witness said the victim immediately screamed for help with blood oozing profusely from her wound as she struggled with the suspect to prevent him from any further attempt to cut her.

The witness said on hearing Mansa’s cry for help, the 75-year-old feeble mother rushed to the scene only to receive a deep cutlass wounds on her back in an attempt by the suspect to slash her to pieces.

She said some residents moved with urgency to the scene, rescued the two and quickly sent them to the hospital for medical care.

The incident was later reported at Enyan-Nkwantanum Police station, 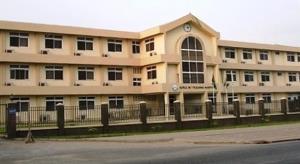 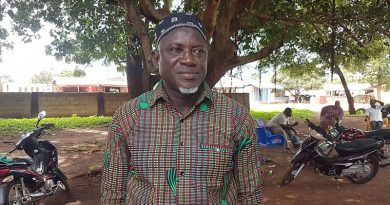 Communications Director of the Progressive People’s Party (PPP) Paa Kow Ackon, has blamed the freshest emergence of COVID-19 cases on