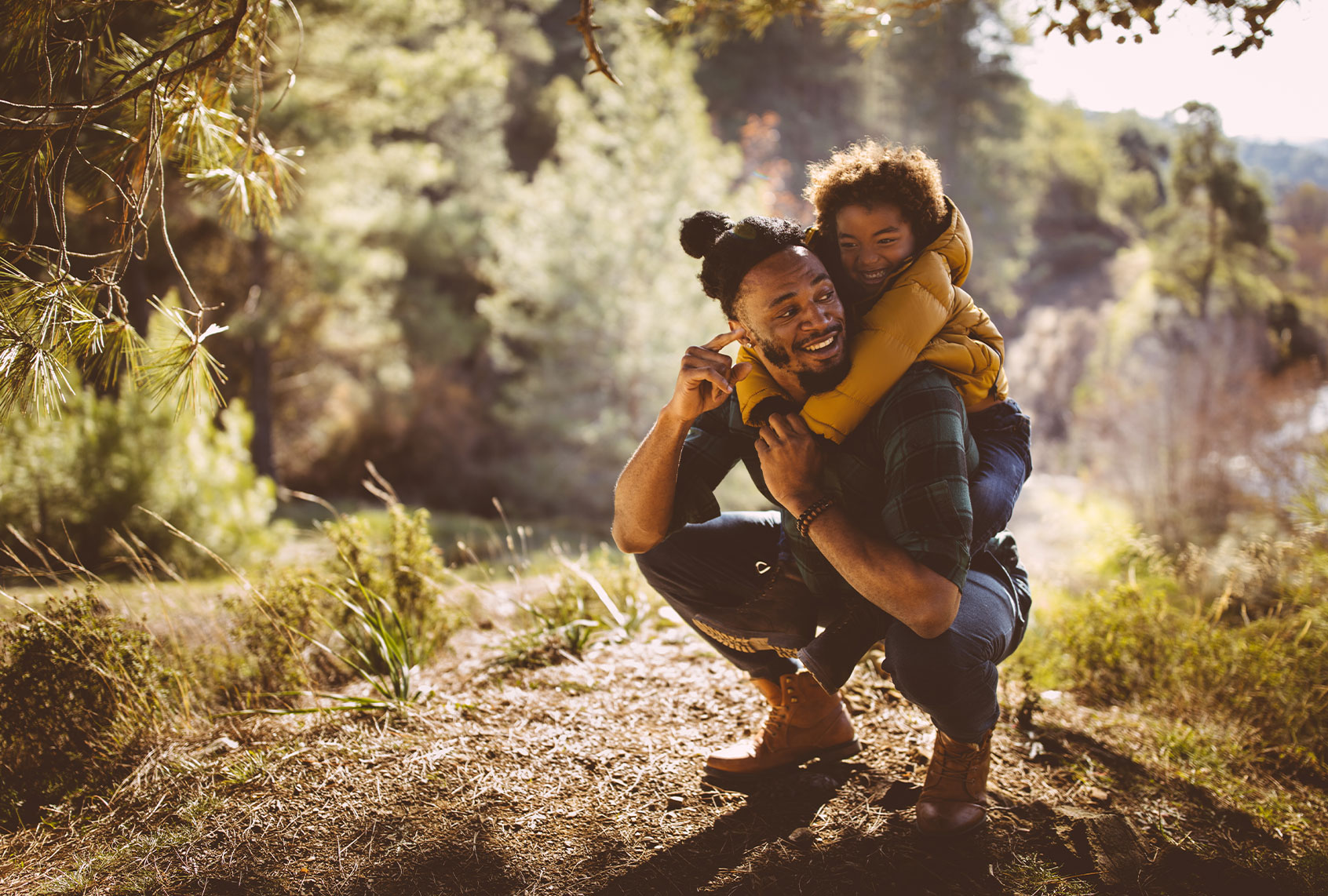 I came along too late to get the best of what Mr. Warren had to offer. Being the youngest child on my mother’s side of the family is a double-edged sword. On one hand, you enter life as a well-protected citizen of the world, with a host of older siblings who can navigate some of the darkest alleyways life has to offer for you. They’re watchful, attentive, and have no problem policing the cliffs adolescence pushes us to drive off of with jeering smiles. The flip side is that certain people who are fixtures in your family’s growth are distanced by the steamroll of time. I arrived late. By late, I mean those humid Baltimore mornings, where you could basically bite the thickness of the air, when Mr. Warren would take my brothers crabbing — those mornings escaped me.

Mr. Warren’s family and ours lived a house apart on the same block for more than 35 years. He’d load my brothers in his wood-paneled Jeep Cherokee and head to the Chesapeake to bring back the lifeblood of our city. I didn’t get to sit on a boat on the still waters and learn step by step how to capture the food that can make or break a cookout, but I did get to see the final act when they returned. I’d watch Mr. Warren coat crabs with Old Bay as precisely as one of those competitive chefs on TV. This wasn’t a game to him, though. He was deadly serious about applying just enough seasoning so the flavor had bounce and the meat inside offered a savory journey through the five senses.

“I know you want some, boy, come on around here and have some. They nice and hot,” he’d say, peering through his glasses. The black of his eyes looked like two 8-balls side-by-side on a beach. His mustache overtook his face 99.9% of the time when he wasn’t smiling.

I would grasp the top of the silver gate to jump into his yard and would be met with, “Hey! Walk around and go through the gate. This ain’t no playground.” Even though we lived in row houses and the easiest way for an eight-year-old to get into the neighbor’s yard was to act like a fugitive, he was no-nonsense on gate-jumping. That was a crime punishable by becoming a crabless man.

“Ard, Mr. Warren. You right. You right,” I would say, power-walking out of my mother’s yard and into his. We’d sit down at his picnic table and he’d show me how to use a mallet, or no mallet, and how to push through the pain of getting a finger cut in the process. This was summer in West Baltimore. Amidst every other thing that was happening around my way — prison time, pistols, and paper with funny-looking white men on it inhaling the lives of some of my friends — Mr. Warren’s picnic table was an oasis.

Mr. Warren was the only person I knew in my life that had a connection with the outdoors. He knew how to fish, crab, and do a host of other activities we would otherwise only watch on those country shows that used to play on Saturday afternoon television. My brothers would talk about being on the water, seeing how the bay opened up like the mouth of a hippo. Some people call it living off the land; others, just a way of life. Now, as an adult in quarantine with three apple-headed children who are the literal breath in my lungs, I realize that the expeditions my brothers took part in were more about seeing something outside of the city and losing the trappings of the all too familiar concrete than just catching a fresh lunch.

Three years ago, I started to search for methods to curb my anxiety. I had a brilliant idea, one that felt completely foreign to people like me: We’d go outside, to the real outside.

Being a writer in the 21st century can keep you in front of a screen for so long it feels like the room is sideways. Being a human with the privilege of wifi and LTE can mean hours spent on social media, scrolling and posting for so long your sense of reality actually becomes sideways. After about 100 passes through the “my life is so incredible” conveyor belt, something had to shift. I knew nothing about the outdoors, but I had a four-year-old and a one-year-old with endless energy, so I figured I could solve two equations at once. I would get a breather from the matrix, my wife would let loose the nutjobs we call our children, and the kids would poke at insects and earn knee-scrapes.

“We going into the woods,” I told everyone with the type of smile that gamblers make when they jump into a high stakes game with a pocket full of pocket.

We drove to Great Falls, Virginia, where hundreds of people on any given day spend hours meandering through the hillside and dense forest. About 45 minutes into weaving through the trails, I could feel my phone calling me the same way people say guns talk to them when they have them. After checking it two times and realizing I had no service, I called it a loss. My withdrawals subsided at a summit point overlooking the Potomac River. The marine blue water pulsed, turning white and crashing powerfully hundreds of feet beneath us. The kids gasped as if they’d seen the climax of the magician’s final act. But there was no magic involved, no toys from Target leeching the creative juice out of their right brain; just nature, just the outside, that had been there all along. Since then, we’ve been hooked.

COVID-19 gave the world a potent dose of cabin fever. It stripped us of being able to move through malls like grazing cows. It took being neck-on-neck with musty strangers at festivals away. And unless you’re an essential employee or of the ilk of people who knowingly endangered Pop-Pop and Mama’s lives just to take pictures in dimly lit clubs or standardized Thanksgiving feasts, you’ve been stuck in the house too, for a long time now. By last summer I felt my home’s walls closing in, so I decided to take my outdoorsmanship — bushcraft, they call it — up a notch and go camping.

My family had just moved to Detroit in June. Before our first experience of the folklorish winter, we knew we needed to explore the nearby outdoors. My friend Umar Raheem’s family has owned plots of land in the north of Michigan, in a place called Idlewild, for more than 60 years. Idlewild was made famous in the 1920s by people like business mogul Madame C. J. Walker. She and other small business owners who had earned enough money to humbly vacation were left with few options because of segregation. When the “Black Eden,” as it was called, began attracting attention, people upset with it began calling the people spending quality time with their families there “Idle men and Wild women.” The name was culturally reversed as has been the case with other relics of America’s inhumane vernacular. And every  summer in Umar’s childhood, his family would drive up from the Motor City and spend weekends swimming, fishing, emptying themselves of jokes and stories over campfire, letting the grandkids run around under the supervision of a sky blanketed with stars.

“Yo, I ain’t know pine needles spark fires that fast, bro!” I told Umar as he settled in his campsite. My family had arrived four hours earlier than the rest of the group, and I had been tasked with building my first solo fire. Umar had instructed me to find small twigs and build the fire until it can sustain logs. I figured pine needles were a good boost. But the natural burst of flame that comes from them can have a man from the city bricks thinking a forest fire was next. I’d be known as the brother who burned Idlewild down.

Thankfully, the needle fire subsided, along with my anxiety. For three hours my kids had watched me set up camp, kindle and maintain my first attempt at fire. They watched my every move like a hawk, asking every ten minutes to help get more twigs, roast meat, and play flashlight tag.

Umar and his camp arrived just as the night had become overrun with stars. “Bro, you seem like you all settled in. Fire’s decent. Tent is decent. Y’all ready for the bush,” he said.

The next morning we treated ourselves to the lake the five generations of Umar’s family had learned to swim in. “My uncle would pick me up and launch me right over there,” he said chuckling, pointing to a part of the lake. “Everybody needs a break from the city, Tariq. I promise you,” Umar said.

The next three days were a sort of expedition: part history lesson, part hugging trees and sitting silent.

About a month after Idlewild, my thirst to be detached grew again. We camped two more times before the cold came, each time seeing a bit more of what nature had to offer city folk. The early months of 2021 trapped many of us inside again with nothing but devices, memes, and a false sense of importance. But now, with spring approaching, I’m thinking about outside again, for everyone’s sake.

In a New York Times story on how inequity affects climate, Brad Plumer and Nadja Popovich wrote about how in places where redlining has been and still is a problem, even the temperature in a neighborhood can be different from other well-invested areas:

Could it be that the same heat myself and Mr. Warren bathed in — our mouths blazing hot from seasoned crabs in the late ’90s — was caused by redlining? Or maybe because a city dumping ground lie just across the bridge from us? I’ll leave that to the researchers. What I know is that I was blessed to find another outlet to release the scramble of day-to-day life. Tomorrow, outside might be able to do the same for others.

Trump changed tune about pandemic as aides said “our people” in red states are getting sick: report

In “Tell Me Who I Am,” a man discovers his life was a lie told to him by his twin

The incredible shrinking president: Trump briefly dials down the bombast, too late