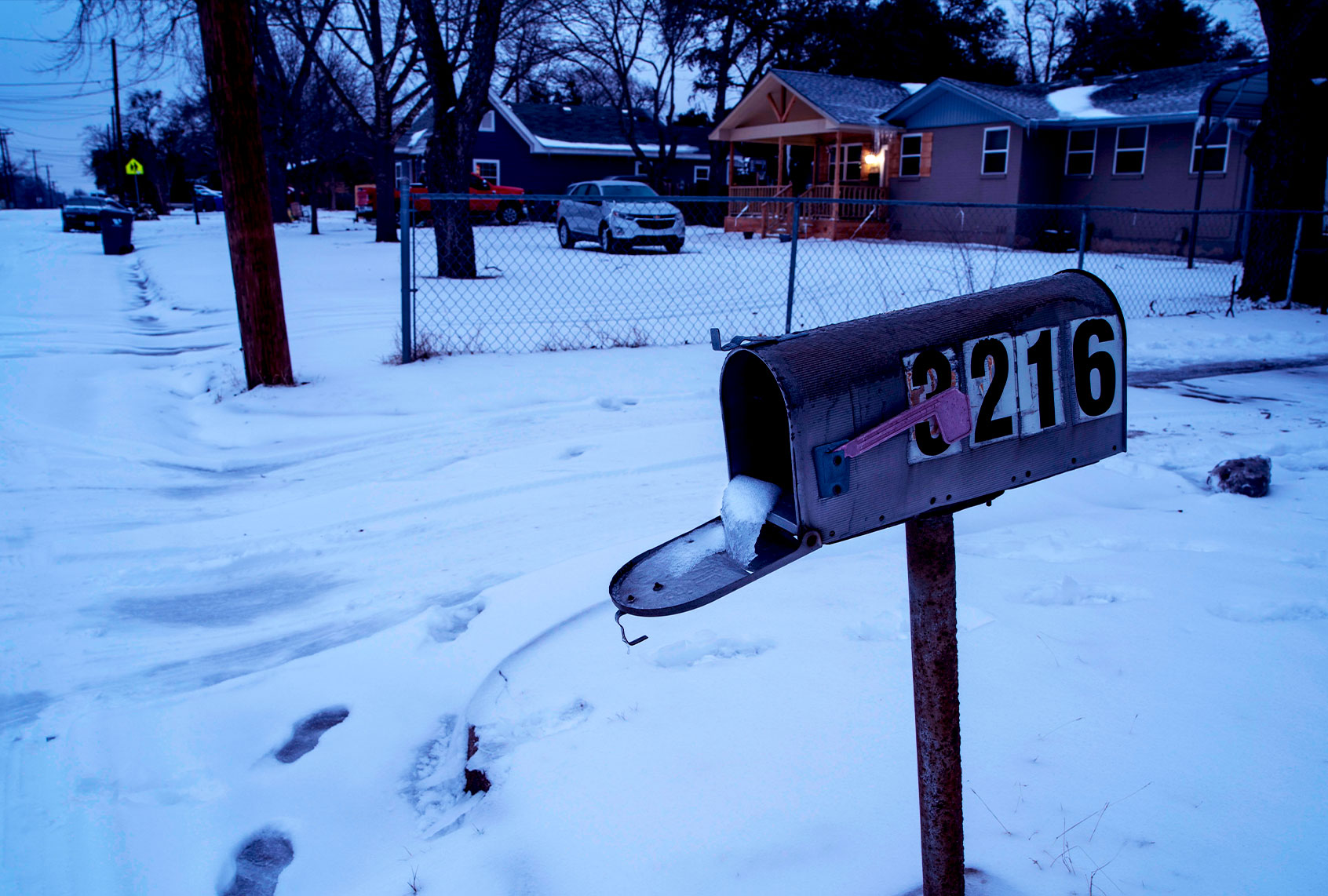 Last week Texas was struck by a freakish winter storm, one that left millions without electricity. Although much of the power grid has been restored, there are still ongoing problems with the Texas infrastructure, from plumbing issues to people struggling to find necessities like food and water. Yet the most immediate crisis was that Texas, a state not accustomed to wintery weather, left millions of people without heat in freezing temperatures. Texas public utilities at one point were less than five minutes away from a blackout that could have lasted weeks or months. Experts believe it will take months to fully calculate the death toll, although so far nearly 80 deaths connected to the storm have been confirmed.

Republicans like Texas Gov. Greg Abbott have argued, not surprisingly, that the massive power outage somehow discredits left-wing policies. “This shows how the Green New Deal would be a deadly deal for the United States of America,” Abbott told Fox News on Tuesday, later adding that the problem was with “[o]ur wind and our solar” and claiming that it “just shows that fossil fuel is necessary.”

Yet the reality about what went wrong and what can be done to prevent this kind of crisis, experts agree, is much more complicated. And it starts with understanding how our electricity grid works.

The American electrical grid, which The Wall Street Journal described in 2016 as “one of the engineering marvels of modern history,” can be traced back to the modern concept of power grid designs. Those, in turn, originated in the late 1800s, according to Dr. Alexis Kwasinksi, an associate professor of electrical and computer engineering at the University of Pittsburgh’s Swanson School of Engineering. The goal was to provide electricity to as many people as possible at the lowest possible cost.

“The solution for such a design problem led to the power grid concept in which a few large power plants provide electricity to many more but much smaller loads located sometimes hundred of miles away from the power plants,” Kwasinski told Salon by email. “One of the solutions to maintain system stability was to interconnect power plants and loads so they operate at an aggregated level.” As a result of this interconnected approach, the United States developed long transmission lines across the various states so that power could be transmitted across great distances with low losses.

One problem with this approach, Kwasinski explained, is that because everything is interconnected, all of the different loads receive the same quality of power. As a result it is expensive to alter power grids so that power can be allocated according to the needs of individual locations in ways that can prevent power outages or prioritize regions that have more urgent needs.

Kwasinski says that resilience was not an objective in designing power grids — at least, not until now. “It is only recently that society [has] started to demand higher power grid resilience,” he rued.

The problem is originally power grids were designed to meet the needs of the early 1900s. Even more modern power systems are planned decades in advance, meaning that Texas’ existing power grid is the result of planning processes made decades ago, Kwasinski says.

“At that time (let’s say in 2011) no planner knew that in February 2021 the state’s power grid would be subject to such cold conditions, even when there were brownouts during the winter of 2011 because of insufficient power generation,” he added. Texan engineers were thinking, understandably, that they needed to design with heat waves in mind, not the kinds of winter storms you’d be more likely to encounter in the northeast.

Dr. Masoud Barati, who is also an assistant professor at Pittsburgh’s electrical and computer engineering department, broke down for Salon exactly how things went wrong in Texas. He explained it within the context of the HVDC line, or high-voltage direct current, and what the primary operation of the existing HVDC was in Texas’ Electric Reliability Council (ERCOT). He explained that in the Texas blackout there were five HVDC interconnections that ultimately amounted to 1.1 GW of “tie-line capacity as interconnection with other neighbors states and countries.” This proved insufficient for two reasons: First, “the winter peak load recorded by ERCOT was 69,150 MW and 34 GW loss of thermal and renewable generation resources,” meaning that “the 1.1 GW HVDC cannot support the significant generation loss and load.”

In addition, because Texas’ neighbors were hit by the same storm and either almost maxed out their ability to generate energy or found that the amount of electricity generated was less than the amount demanded because most Texas homes used that electricity for heating.

Ironically, although Gov. Abbott tried to argue that the winter storm and blackout somehow discredited a Green New Deal, it in fact illustrated precisely why we need one.

“From a Green New Deal perspective, we would want to have public utilities that prioritize public safety and resiliency and disaster readiness over the optimal price in a perfect market equilibrium situation and really nice weather, so I think that’s an important distinction,” Daniel Aldana Cohen, associate professor of sociology at the University of Pennsylvania and co-author of “A Planet to Win: Why We Need a Green Deal,” told Salon. After noting that the Texas power grid is deregulated and therefore undemocratic — “you don’t have a clear line of accountability in the way that you should have with a public system” — Cohen argued that the solution to issues of energy inefficiency, as presented in his book, is a national power grid.

“You would have a single national grid, very robustly interconnected,” Cohen explained. “That would mean a grid dominated by renewable energy sources like wind and solar. By virtue of having that full national interconnection, when there is less energy or no energy in one region of the country, you can shoot energy down there from other regions.”

For instance, in the case of events like the winter storm in Texas, a national energy grid would have allowed public authorities to divert energy that’s been stored elsewhere in the national system so that it could have been diverted where it was most needed. When it comes to disaster resiliency like extreme weather events, a national power grid would “essentially mean that there is like a national solidarity of energy that covers the whole country instead of having a big region that has to fend for itself.”

Cohen also warned that, if a Green New Deal is not implemented, we could wind up with “a kind of eco-apartheid situation where largely white, largely affluent people can basically hoard solar panels and batteries and resiliency at the expense of a fully egalitarian system where literally every single home and community is guaranteed safety and reliability.”

Barati offered a somewhat different set of suggestions to Salon.

“If only Texas had stronger connections to the rest of the US with HVDC and HVAC [heating, ventilation, and air conditioning] lines, they would have been fine,” Barati wrote. He also pointed out that “if only appropriate reliability planning were performed, taking into account the coordinated transmission line expansion and generation planning subject to rare and common-mode events, Texas would have had appropriate generation reserves.” In addition, he observed that “Texas has an energy-only market, which means that it is vulnerable to rare events. If only Texas had a properly functioning capacity market for both generation and transmission sides, they would have had enough spare transmission and generation capacity to deal with the shortages.”

Regardless of what solution you prefer, one thing is likely: Because of climate change, we should expect to see more extreme weather in areas not accustomed to it, from the West Coast wildfires to the Texas winter storm.

“The way is through the changes in the environment that have occurred from climate change,” Dr. Kevin Trenberth, a distinguished scholar at the National Center for Atmospheric Research, wrote to Salon when asked about the potential role of climate change in the Texas winter storm. “These include generally warmer conditions, including much warmer oceans, higher sea surface temperatures, reduced sea ice and glaciers, and higher water vapor in the atmosphere.” Trenberth noted that the extra available energy accelerated the water cycle, leading to more evaporation and heavier rains. 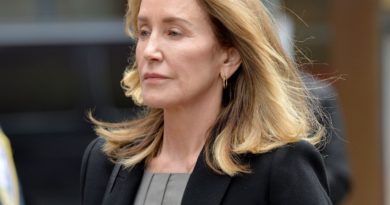 I’m an American living in Italy as the coronavirus took hold. This is what it’s like for me

The daughter of ex-President Jerry John Rawlings, Dr Zanetor Rawlings who is also the Member of Parliament for Klottey Korle