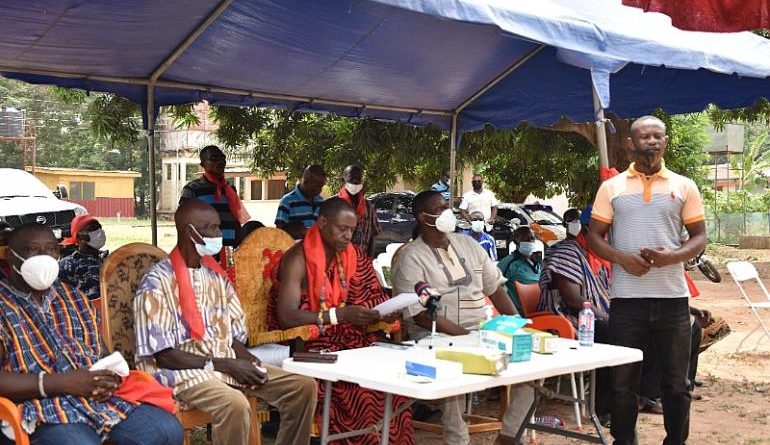 The Chiefs and people of Kweiman, Danfa, Otinibi and Oyibi, has sent a word of caution to the Chief Executive Officer (CEO) of Beige Capital, Mike Nyinaku not to dare step foot on their lands.

The angry Chiefs with the support of the youth have vowed to visit mayhem on surrogates of Beige Capital boss for forcefully taking over their lands.

At a press briefing in Accra, the chiefs stated that the allodia owners of the land have not sold any lands to Mike Nyinaku and therefore should stop all activities on that particular land. 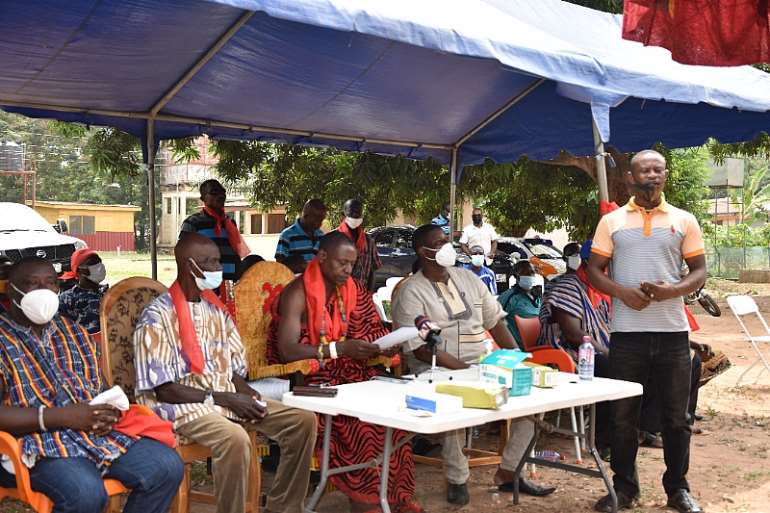 “We want to make it clear to him and his company that we do not remember assigning anyone to put our lands on sale because we have collectively ceded some portions of the lands he is laying claims to, to the district assembly for the construction of a modern district hospital to take care of the health needs of our people”, they noted.

They are added that there are court judgments on the said lands which Mr Nyinaku claims to have acquired. They also alleged that Mr. Nyinaku has fraudulently created some documents purporting to be contracts of sale or indentures coming from some land owners.

“Our advice to him is to cease using such fraudulent documents and withdraw any unlawful use of any of such documents to lay claims to our lands or face our wrath,” they advised. 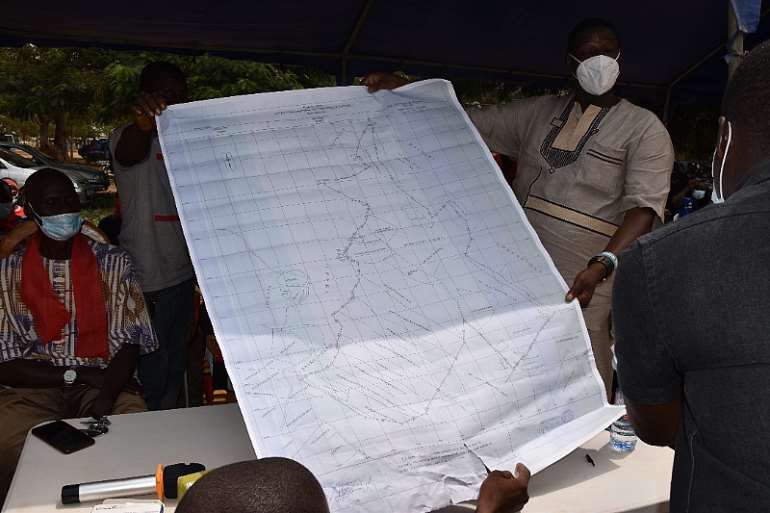 The Chiefs also accused Mr Nyinaku of lying to the public that government had asked him to construct roads through the lands.

“Under that pretext, he managed to bring state security agencies onto our lands, and under their protection, he built his fence wall, which has now surprisingly formed the basis of his so called claim to our lands”, they said.

The Chiefs appeal to the Ghana Police Service to stop offering assistance and support to persons like the Beige Capital boss to be expropriating lands illegally.

“…We reported his exploits to the Adenta Police Divisional Commander to call him to order. The commander did invite us to state our case; after which both parties were advised to stop work until all the relevant documents are produced for authentication but unfortunately, we see the Police offering assistance to him to carry out his project even though he could not produce any authentic document to support his claim. Very surprising”, the Chiefs intimated. 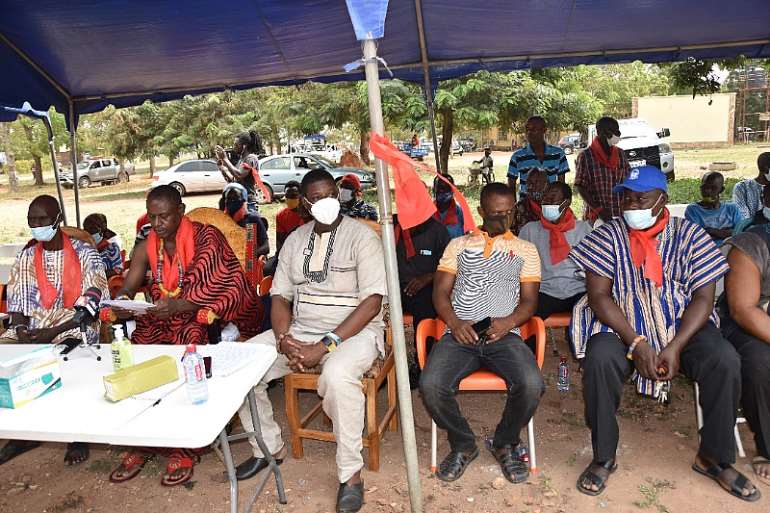 The chiefs continued, “We do not want to take the law into our hands by marshalling forces against him and his land guards, hence our collective resolution to voice out our displeasure before we take further action, to avoid unnecessary tension; a situation we do not want to occur.

“We have sworn to our people to protect the territorial integrity and lives any day anytime and we still stand by our vow to them.”

Lagos Ethnic Clash: Taming An Ethnic Conflict Before It Begins By Aroghalu Chidozie 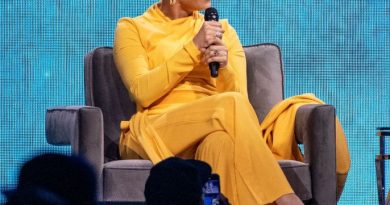 Are you taking advantage of a health savings account?