Nigerian troops have foiled an attack from Boko Haram and ISWAP and rescued passengers along the Maiduguri-Damaturu highway in the Auno axis of Borno State.

Though the insurgents’ attack was repelled, a military intelligence officer disclosed that several passengers onboard commercial vehicles along a major road in Auno were rescued by troops, after the terrorists’ onslaught.

Troops from 212 Battalion Garrison, Jakana, Goni Masari and Auno were quickly mobilised to the scene and escorted some of the passengers to Damaturu and Maiduguri.

The intelligence source said: “The terrorists, who came in dozens, were all dressed in black, with militarized gun trucks. They also carried other lethal weapons. Some of them painted their faces with charcoal.

“They daringly invaded the area with the intention to abduct many passengers and attack a military formation.”

Another source who was at the scene said: “Two commercial gulf vehicles, filled with passengers that arrived the scene were caught up in the ambush, together with a truck and a Hummer bus from Borno Express.

“However, one gulf vehicle was set ablaze as passengers ran away for their dear lives.

“While some of the troops chased the terrorists away others protected the highway and escorted the passengers.” 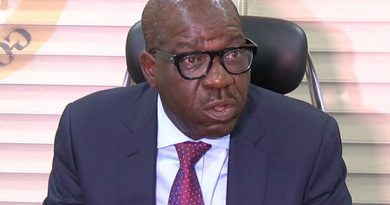 Listen to article The Office of the Special Adviser to the President On Policy Development and Analysis, will be hosting