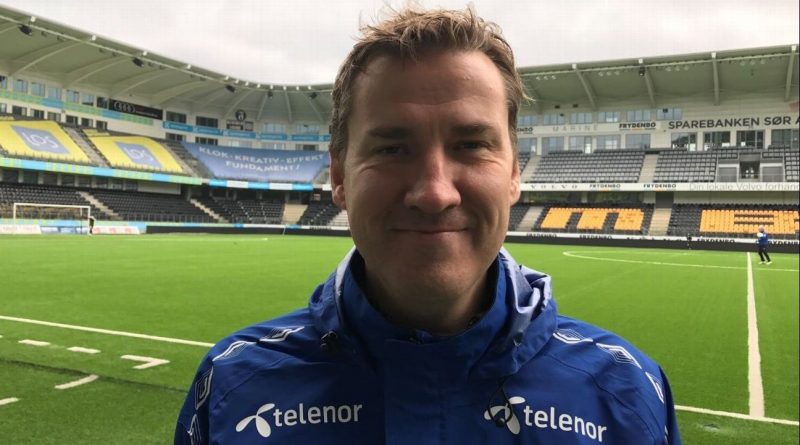 With several top clubs in Europe looking to strengthen the heart of their defence, RB Leipzig centre-back Dayot Upamecano was the one that many wanted.

Liverpool, Manchester United and Bayern Munich were all heavily linked with a move for the 22-year-old, who recently made his full senior debut for France. And it was the reigning European champions who won out, announcing on Sunday that a deal is in place to sign Upamecano on a five-year contract this summer and they will reportedly pay a release clause worth €42.5 million ($51m).

The move is yet another example of Bundesliga giants Bayern recruiting one of their main domestic rivals’ key players. However, having just won the FIFA Club World Cup to become the holders of six trophies all at once, Upamecano will come into a team that hardly needs improving. One thing is for certain, though: he has the tools to succeed at the highest level. Here’s our scouting report.

Where has he come from?

Upamecano is a product of the Valenciennes academy but, mainly thanks to consistent outstanding performances for France at youth level, he never even got the opportunity to make his debut for the first team before he was on the radar of Europe’s top clubs.

After a particularly impressive Under-17 European Championship in the summer of 2015 — he was the top defender at the tournament by a long way — he joined FC Salzburg for €2.2m. Despite being courted by more prominent clubs, he wisely opted hone his skills in Austria as he felt it offered him a better pathway to senior football.

After arriving in Austria as a 16-year-old, he was loaned out to FC Liefering, Salzburg’s development team, and spent most of his debut season playing in the second division before adding two league appearances for the senior side towards the end of the campaign.

After half a season with the FC Salzburg first team, he then moved to fellow Red Bull-owned club Leipzig for a fee in excess of €10m in January 2017. Having already been well accustomed to the Red Bull way of playing football, the Frenchman immediately found himself at home, despite the obvious jump in competitive level in the German Bundesliga, and wasted no time in grabbing a starting spot for his new side.

Though his reputation as one of the most sought-after players in Europe was built on the basis of 100+ league appearances as a centre-back, the youngster is also capable — although perhaps not entirely comfortable — of deputising as a defensive midfielder and did so on a few occasions for FC Salzburg.

Technically and tactically, he should also deal quite well with standing in as a right full-back (being right-footed obviously makes him less suitable as a left-back, though it doesn’t mean he couldn’t rise to that challenge as well.)

Recently, Upamecano has been fielded as the left-sided centre-back in partnership with Ibrahima Konate (who is one year younger and almost equally impressive), in Julian Nagelsmann’s back four. He occasionally started in the middle of a back three last season.

Unsurprisingly it’s the attributes that made Upamecano stand out as a youth player that have also cemented his status among Europe’s elite young defenders: he’s exceptionally quick and powerful.

Tor-Kristian Karlsen is a Norwegian football scout and executive and is the former chief executive and sporting director at AS Monaco. He will write regularly for ESPN on the business of soccer and the process of scouting.

This season he recorded the third quickest sprint speed in the Bundesliga (35.34 km/h), but unlike most other centre-backs he’s not only fast once he gets going, he’s also agile and quick on the turn (often the Achilles’ heel of even those defenders playing at the highest level.)

Upamecano’s fine physical attributes don’t stop with pace, though; he comes out on top from an impressive 70% of his aerial battles, plus he’s efficiently assertive in one-vs.-one challenges defensively. The Frenchman has also become more comfortable with the ball at his feet: whereas he was previously prone to occasional sloppiness when under pressure, he’s now confident enough to pick out midfielders in central positions, often by finding narrow gaps between the oncoming opponents.

His ability to bring the ball out of defence was in evidence during the 3-3 draw at Bayern last December, while the occasional aimless lumping of the ball forward — especially when being closed down — is becoming an increasingly rare occurrence in his game.

The fact that Upamecano was on pretty much every shortlist in Europe is not just testament to his steady improvement, but it also shows how he keeps weeding out personal errors and tactical shortcomings from his game.

However, as witnessed in the 5-0 hammering at the hands of Manchester United at Old Trafford in October, there’s still room for improvement in terms of reading the game. The way he let Mason Greenwood in on his blind side for the opener and how he went for the ball instead of dropping deep, which lead to Marcus Rashford nicking the ball in front of him for 3-0, shows that he’s still not the finished article.

At times Upamecano can also appear too focused on the ball when crosses are put in, at the expense of having a clear picture of players’ movement around him.

How he’ll fit in

The footballing education he has had from RB Leipzig stands Upamecano in good stead to suit the demands of playing in the same league at Bayern.

His pace is ideal for a team favouring high pressure with the centre-backs not being worried about leaving room behind them. But he’s also got the quality on the ball and the distribution skills to build from the back in a possession-oriented side too.

Bayern Munich may be champions of Germany, Europe and the world, but Upamecano should prove to be an immediate quality reinforcement. 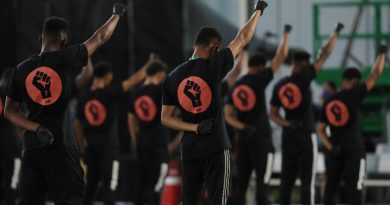 Renowned Africa-Nigeria humanitarian agency, Prince Ned Nwoko Foundation will be hosting the 4th Golf Tournament, as it welcomes Golfers to