As the security situation in Edo state continue to deteriorate with the reported killing of three suspected armed robbers in a gun duel with the police shortly after they killed a businessman and robbed several passersby, a socio-political group, Afenmai Patriotic Development Association (APDA), made up of sons and daughters from Edo North Senatorial District has condemned the recent kidnap and subsequent killing of a United States of America based businessman, Chief Dennis Abuda.

Abuda was recently kidnapped in Ahor near Benin City on his way to Lagos from Fugar his hometown to catch his flight back to the US. He was killed by his abductors and thereafter still collected ransom.

A statement issued in Benin City yesterday and signed by the President and General Secretary of the group, Chief Kennedy Izuagbe and Lucky Anyia called on the state government to improve security in the state and empower local vigilante groups to complement the efforts of the conventional security agencies.

Part of the statement reads: “The Association leadership calls on the Edo State Government to immediately step up its security apparatus particularly along major highways across the State. We also note with dismay the incessant harassment of Edo indigenes especially farmers who can no longer engage in their farming businesses as their women are raped and their men killed in their farms.

“The Association implores the Edo State government as a matter of urgency to empower local vigilantes to compliment the efforts of the Nigerian Police Force who appear to be overwhelmed by the sheer guts of these suspected Fulani herdsmen.

“The Association believes that empowering the local vigilantes would mean that from Ibillo to Igarra, from Igarra to Auchi, from Auchi to Warrake to Afuze, Ewu road through Uromi to Agbor, Okpilla through Auchi to Ehor to Benin City and other communities would lead to discouraging the murderous attacks by these suspected killer herdsmen.

“The Association equally uses the opportunity to call on the Federal Government to look into the architecture of the Nigerian Immigration Services as in the past, Fulani herdsmen used to be very friendly to the extent that people always visited their camps to buy furadinono. However, modern day Fulani are now seen wielding AK 47 riffles. How did the AK 47 wielding Fulani find their ways into the Nigeria territory? This and many other questions are begging for answers.

“We commiserate with the entire Afenmai people and especially Fugar indigenes on the death of their illustrious son and pray for the repose of his soul.” 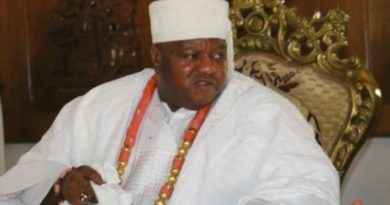 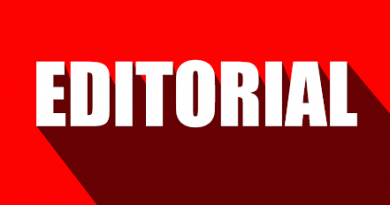 Insecurity: Time is running out for the nation – Vanguard

The Bolgatanga Regional Hospital has successfully treated and discharged all persons with COVID-19 at its treatment centre. The Upper East