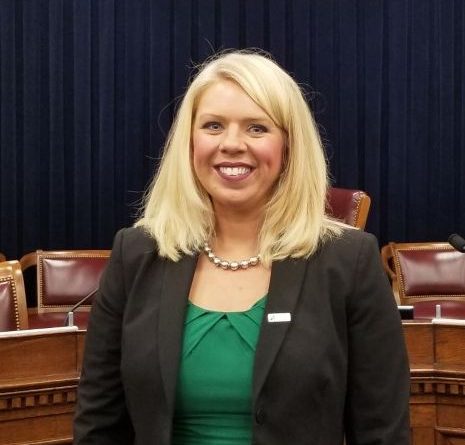 When I was a kid, I always had pain in my life. I remember having to sit cross-legged in Girl Scouts and having intense pain around my knees and hips from it. I couldn’t understand why, but I knew I was uncomfortable much more than other people my age.

In middle school, I played volleyball and I always had pain around my knees and hips afterward. But things really changed for me in seventh grade. I developed chickenpox, strep throat, and pneumonia all at once. I woke one day and about 80% of my skin was covered from head to toe in itchy, dry patches. I’d never experienced that before. I was diagnosed with psoriasis soon after, a skin disease that causes those red, itchy scaly patches I had developed. I later learned that viruses such as chickenpox can “trigger” autoimmune conditions like psoriasis.

These were some of the darkest days of my life. I attempted suicide because I didn’t understand why I had to go through this.

The years stretched on and I continued to experience pain in my joints. Early on in high school, I played oboe and my hands would get really swollen after practicing for a few hours. I also developed pain in my sternum and collarbone—and my spine hurt all the time. When I saw my general physician about it, he chalked it up to growing pains. I grew up in the ‘80s, so the Internet wasn’t widely used at the time. So I just accepted what he said. I had no good way to research what might else be going on.

Then, in 11th grade, my right knee started swelling really badly. At one point, it was almost the size of a basketball. It was so swollen that I couldn’t walk. I saw an orthopedist who tested me for rheumatoid arthritis, but it came back negative. We talked about my pain, but he said something to the effect of, “I don’t know what’s causing it, and there’s nothing we can do about it anyway.” I was just 15. At that age, you trust your doctor and, if they don’t know what to do, you assume there is nothing you can do.

This was taken after I provided a patient testimony before the House of Representatives. I was there to help pass the Step Therapy Reform Bill. Step therapy is a practice where insurance companies require members to try less costly medications before the one a doctor prescribed.

These were some of the darkest days of my life. I attempted suicide when I was in high school because I didn’t understand why I had to go through this. Social acceptance is so important to teenagers and I couldn’t do the things that other people could do. No one understood what was happening to me—even my own doctors didn’t understand why I was in pain. It was emotionally very difficult.

I was also picked on because of my skin. Kids were mean, and parents were meaner. I had friends whose parents would not let me over to their house because they didn’t know if my skin condition was contagious or not. Frustration, sadness, physical pain, and mental anguish were very much part of my day-to-day. I don’t know if there was a day that I didn’t cry.

Finally, I got some answers

It wasn’t until I was 17 that I got real answers. My orthopedist just happened to meet up with his college roommate, who was a dermatologist. He mentioned my case, and his friend suggested that I might have psoriatic arthritis (PsA). I was living just outside Baltimore at the time, so my doctor sent me to a hospital center in Washington, D.C., and I was officially diagnosed with the disease.

I wasn’t familiar with psoriatic arthritis at the time, but I learned that it’s a chronic inflammatory disease of the joints and the areas where the tendons and ligaments connect to bone. About 30% of people with psoriasis develop psoriatic arthritis and it has no cure. The condition can cause a range of symptoms, including fatigue, tenderness, pain, and swelling over tendons, swelling, stiffness, and a reduced range of motion.

I was advised to do what I could with the rest of my life because I only had four to five years to live.

The experience of being diagnosed was overwhelming, to put it mildly. I had blood work done, and the doctor asked me to go to his office. He pulled a book off of a shelf, went to page 386 of the book, turned it to me, and said, “This is going to be you before your 21st birthday.” It was a picture of a cadaver in a casket.

He said, “Your disease will spread throughout your body. You’re on the verge of liver and kidney failure.” I was literally on my deathbed, and the doctor told me that there was nothing that could be done for me. I was advised to do what I could with the rest of my life because I only had four to five years to live.

I’m incredibly lucky, though. I’ve made it past my 21st birthday and well beyond that. I grew up in the Washington, D.C. area and have had access to some of the best hospitals in the world. I had numerous surgeries on my liver and kidneys and was put on medication to manage the progression of my disease. That was important: Psoriatic arthritis is a progressive disease and people can develop what’s called comorbidities, meaning other health issues, because of the disease. Because my disease had progressed unchecked for so long, I was in incredibly poor health.

I started a treatment regimen and, a month or two later, an experimental drug protocol opened up at the National Institutes of Health (NIH). I got into the trial, and it was the best thing that ever happened to me. When I was 24, I got into another experimental drug protocol, and the results were amazing. I was using a wheelchair at the time, and the drug helped me get out of it in eight weeks. I eventually no longer needed to use a walker. It gave me my life back.

My body is forever damaged from the years of unchecked disease progression. For all the years that I went undiagnosed and misdiagnosed, the disease was setting in. The damage to my joints is irreversible. I’m still very susceptible to any type of virus or cold, and I have to be very regimented during cold and flu season because PsA is an autoimmune condition. Any infection can make my symptoms worse.

I’ve gone on to live a very healthy life, all things considered. I’m a standup paddleboard racer, and a powerlifter.

But I’ve gone on to live a very healthy life, all things considered. My lungs are only at 75% capacity—they never will be any stronger than that—but I’m a standup paddleboard racer, a kettlebell instructor, and a powerlifter. I still have arthritis and swelling, days where I can’t leave the couch, and days where I need to walk with a cane. But I’ve learned to listen to my body and make sure I take the appropriate self-care.

My skin has also cleared up. I went from having nearly all of my body covered in psoriasis to less than 20% coverage within six months after I started my most recent medication. I only have a few spots now.

Currently, I’m working as an advocacy ambassador for the Arthritis Foundation. I’m very involved with the community and help people understand resources that are available to them. I also work with elected officials at the state and federal levels to make sure legislators are making informed decisions about healthcare policy decisions and how they impact those with psoriatic arthritis.

I was once only given a few years to live due to my psoriatic arthritis. But I’ve gotten my life back, and I’m working hard to make sure other people have more information and options available to them than I once had. 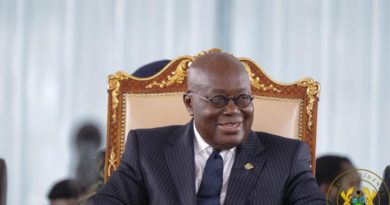 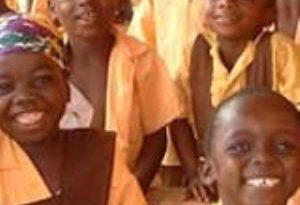 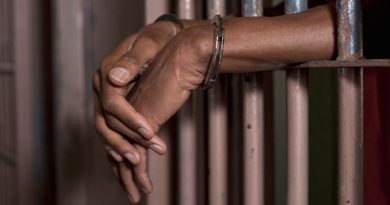