Youths in Benin, Edo State, have intercepted armed Fulani herdsmen caught with assorted charms and guns within the metropolis.

In a video seen by SaharaReporters, the five herdsmen were ordered to sit on the ground and interrogated by angry youths who displayed the guns, charms and other weapons allegedly found on them.

The herdsmen did not utter an explanation.

“May God help us in Edo. See what we found with these herders. We don’t know, they didn’t tell us what plans they have with these weapons,” one of the youths stated in the video.

On February 4, some youth leaders in Edo State had issued a 14-day ultimatum to Fulani herdsmen to vacate their communities, owing to the killings and violence perpetrated by the killer herders.

The youths had stated during a conference by their coordinator, Kola Edokpayi, that any act of aggression against the indigenes would not be tolerated.

The youths said their order followed the killing of three persons, including two vigilantes by suspected Fulani herdsmen on Monday in the Ugo N’iyekorhionmwon, Orhionmwon Local Government Area of the state.

A day before the youths came out, aggrieved women in Uromi had also protested the rising cases of attacks, rituals and kidnapping by suspected Fulani herdsmen.

The women had blocked some major roads in the community, alleging that they were constantly being harassed and intimidated by the herdsmen.

They lamented that they had lost fortunes as a result of the destructive activities of cows belonging to the herdsmen, noting that they were no longer safe.

They said the solution to the problem is for Fulani herdsmen to leave the area.

The herdsmen’s menace has recently gained attention in southern Nigeria ranging because of their alleged atrocities, leading to the issuance of quit notices to killer herdsmen in Ondo, Oyo, Ogun, and Edo states.

They have been accused of kidnapping, raping, destruction of farms and even murder in many villages and communities. 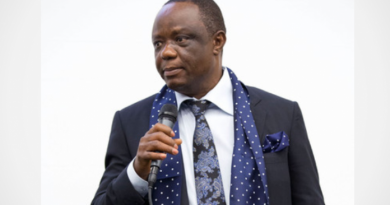 OPINION: CAPTAIN HOSA: OF DILIGENCE, HONOUR AND OTHER MATTERS – thewillnigeria