The pan-Yoruba socio-political organisation, Afenifere, has said nobody will lose sleep if Fulani herdsmen decide to return to the North.

The Northern Elders Forum had earlier asked Fulani herdsmen to relocate to the North if they feel insecure in their host communities.

But reacting on Wednesday, the Afenifere’s National Publicity Secretary, Yinka Odumakin, said: “Buhari has no issue protecting southerners who are being persecuted on their land.

“He should spread all his wings to protect the Fulani persecutors. Nobody will lose sleep if the killers decided to return to Futa Jalon.”

Also reacting, the guild of farmers from South-West, Agbekoya Farmers Society of Nigeria, described the call by the NEF for herdsmen to return to the North as shameful and disappointing.

Speaking after the emergency meeting of the National Executive Council and the Iwarefa-in-Council of Agbekoya, its President-General, Kamorudeen Okikiola, bemoaned the utterances of the northern leaders claiming that the entire country belongs to the Fulani race.

He said that rather than address the menace of armed herdsmen, bandits and kidnappers perpetrating all manners of criminalities, they are making “unguarded hate speeches”.

Okikiola said: “Southerners and the Yoruba people in the South-Wests have been living with Fulani herdsmen for many years without any problem.

“But the sudden change in the events and circumstances, especially the issues of destruction of farm produce by cattle, kidnapping and killing of farmers and innocent citizens by armed Fulani herdsmen and bandits brought about a twist and turnaround in the relationship between the southerners and the Fulani.

“Northern leaders should address the issues of herdsmen carrying firearms and other weapons, kidnapping and collecting ransoms, raping and killing of innocent people in the villages.

“Yoruba people are always ready to live with other tribes, but not with criminals.

“Agbekoya calls on the northern leaders to find positive and lasting solutions to the problems of armed Fulani herdsmen, bandits, and kidnappers who are killing innocent people all over the South and South-West rather than asking them to come back home.” 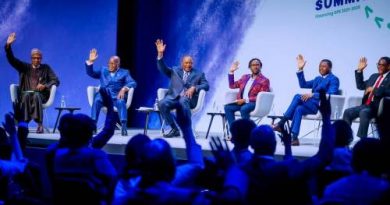 Sexual Harassment: Who Is Making This Ogun Schoolgirl Sing A New Song? By Olabisi Deji-Folutile

Is Nigeria really a giant? I do not understand the basis of that illusion! These days I have stopped using South Africa in my speeches because many told me that it was not a fair comparison.
So, I switched to Angola, and no one has explained why Angola budgets $45 billion for 33 million people when Nigeria can only manage $35 billion for 210 million with most of that $35 billion borrowed. Fellow citizens, Angola is an oil nation.

How can we retire all these men who have been running Nigeria since 1999 since whatever they are doing is not working? I mean we are severely underperforming as a nation across major metrics.

THEY WILL NOT AGREED WOTH YOU THEY SAY PDP AS STOLEN ANS SPOIL ALL THE PLACE BEFORE THEY COME ON BOARD. Confused men in power.

What is the GDP of Angola 🇦🇴, in comparison to that of Nigeria 🇳🇬? We have to look at all the indices in order to arrive at an objective conclusion. Is Angola running a Federal system like that of Nigeria? If not, then we need to also aggregate the budgets of the 36 States and the FCT, in order to get fairer figure.

Listen to article A research conducted by the College Of Health And Wellbeing, Kintampo in the Bono East region, has