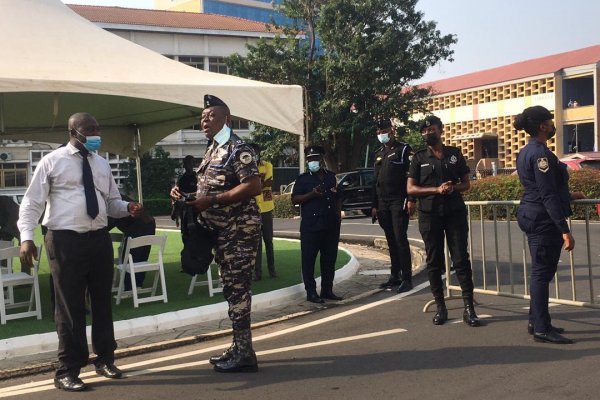 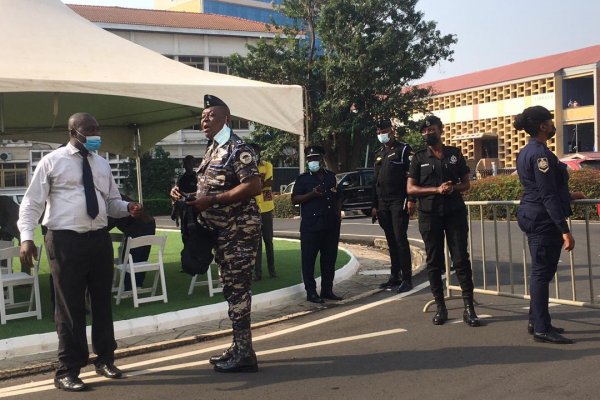 Security was heavy at the premises of the Supreme Court on Wednesday ahead of the hearing of the motion for amendment of the Election Petition filed by Former President John Dramani Mahama.

Hundreds of policemen, with a few, fully armed were seen at vantage points and the main entrance to the Supreme Court to ensure law and order at the premises.

Some military officers were also spotted at strategic locations with some, outside the premises of the apex Court.

The routine was for everyone entering the premises to have his or her body checked before allowed entry.

Those given access to the court area were then directed to wash their hands with soap under running water before entering the courtroom with face mask on.

The atmosphere was generally calm as the Court started preliminary hearing of the motion for leave filed by Mr. Mahama to amend his petition before it.

The Court is expected to hear the petition and deliver its judgement within 42 days.

Mr. Mahama is praying the Court to annul the presidential election results and organise a “second election” between him and President Nana Addo.

President Nana Addo and the EC, through their lawyers filed their respective responses.

Former President Mahama is praying the Supreme Court through a motion to amend the election petition he filed challenging validity of President Nana Addo Dankwa Akufo-Addo as the winner of the December Presidential Election.

The Former President is praying the court to correct an error or a “mistake” in the election petition.

The mistake, as stated in the motion was in relief (f) of the election petition.

The election petition, filed on December 30, last year, stated the first respondent (1st) as the Electoral Commission (EC), with the second respondent (2nd) as being President Nana Addo Dankwa Akufo-Addo.

However, relief (f) seeks the court to order a rerun between Mr Mahama and the first respondent, which, as stated in the petition, turned out to be the EC.

Relief (f) is seeking “an order of mandatory injunction directing the first respondent to proceed to conduct a second election with petitioner and first respondent as the candidates as required under Articles 63(4) and (5) of the 1992 Constitution.”

The Court, presided over by the Chief Justice Kwasi Anin Yeboah, directed the petitioners to file the amended processes by 1600hours today.

The seven-member panel asked the respondents to also file their responses to the amended processes by Friday, January 15, this year, by 1600 hours.

The Court held that the amendment did not in any way affect the substance contained in the petition.

The apex Court of the land adjourned the matter to Tuesday, January 19, for pre-trial.

The Court also granted Mr. Mahama’s request for the Election Petition to be televised live and said arrangements had been made for that. 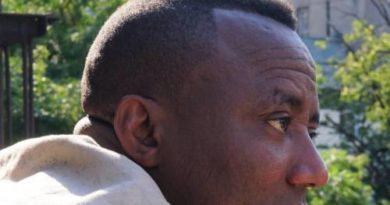 ‘Bureau De Change’: Riding On Tiger’s Back To The Poll By Taoheed A. Adégbìté