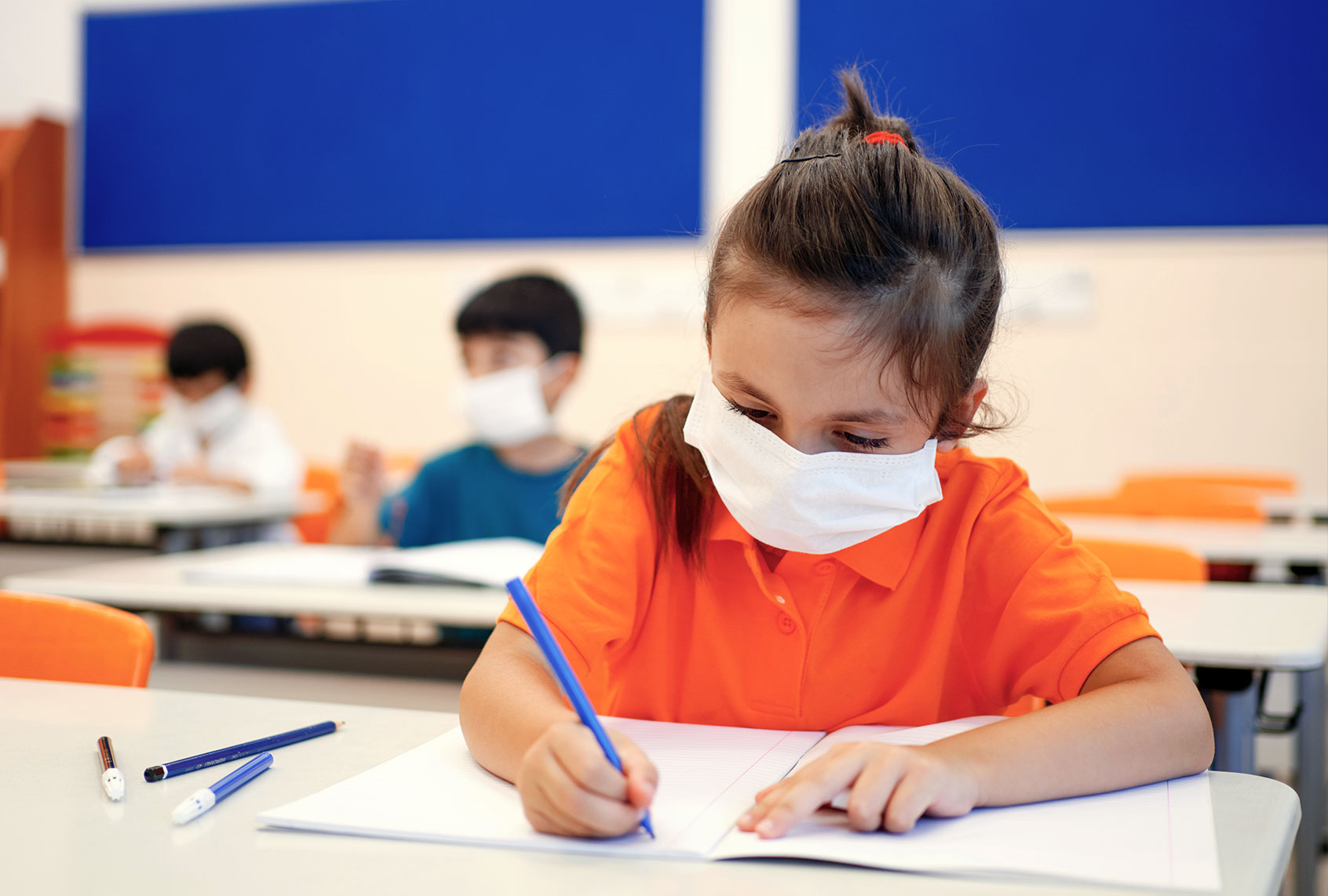 Ten months into the pandemic, the prospect of reopening K-12 schools is divisive. Yet unlike wearing a mask to stop the spread of the virus — a politicized act which is scientifically proven to work — there is far more nuance between the “right” and “wrong” option for in-person schooling. And it can be wildly variable depending on the region.

Recently, Chicago has found itself facing this very question of reopening schools. Mayor Lori Lightfoot hoped to reopen public schools today for the first time since March, though her plans faced fierce opposition from the teachers’ union. Emily Oster, an economics professor at Brown University, told the New York Times that the Chicago school reopening was “probably the most contentious and unpleasant reopening, in terms of how the different sides are interacting with each other.”

Indeed, the stand-off in Chicago is a microcosm of the tensions that many communities have faced throughout the pandemic. From an education standpoint, some are concerned that their children will be set back; from a social standpoint, some children are more safe at schools than at home if they live with abusive guardians.

Yet from a public health perspective, congregating in schools increases the probability of transmission to or from students and teachers. That fear is heightened if there is an immunocompromised parent or grandparent living in the house.

Perhaps, then, the matter comes down to how much one trusts masks and distancing guidelines. In search of ascertaining what is the “safest” option for children, Salon interviewed three medical experts who unanimously agreed: sending children to school is safe if the proper precautions are being taken — and those precautions should be a priority for policymakers, community leaders, and parents alike.

“Schools can open, even when prevalence is high and that’s because schools have shown themselves to be safe spaces, if the appropriate safety measures are in place and enforced,” said Dr. Jeanne Noble, MD, and associate professor of emergency medicine at the University of California, San Francisco. “You can certainly open schools in an unsafe way, and I’m not advocating for that — but when they’re opened with the recognized safety mitigation layers in place, they can do it very safely and be safer spaces than having kids unattended in the general community.”

A recent outbreak in a high school in Israel is one example of how reopening schools can go wrong. But according to a paper examining the outbreak, it happened because students weren’t wearing masks for at least three days. That was compounded by an extreme heatwave. Previously, COVID-19 spread through a sleepaway camp in Georgia over the summer, but as in Israel, the campers weren’t required to wear cloth masks—there was also “daily vigorous singing and cheering,” according to the Centers for Disease and Control (CDC). (Singing and yelling have been found to transmit the virus more effectively.)

Noble said when students are wearing masks, classrooms are well-ventilated, desks are spread out, outbreaks can be mostly avoided. She pointed to data from Marin County, California, where schools have been allowed to reopen— pending that they complete a School Site Specific Protection Plan — since the end of September as long as proper mitigation strategies are implemented. Since then, there have been 7 suspected in-school transmissions out of nearly 40,000 students total.

Noble said that parents weighing the risk of sending their children back to school should make sure that one specific precaution is being taken: mandated cloth masks.

“Schools need to be able to enforce universal masking among their students; everybody’s got to have a mask and it’s got to cover their nose and their mouth,” Noble said, adding that social distancing is ideal too—at least a minimum of three feet. “Schools don’t have to redesign their classrooms so that every single desk is six feet apart, but it should be at least three feet apart and ideally six whenever that can be done.”

Additional recommended precautions include symptom screening for anyone entering the school campus, and proper ventilation. That can be as simple as keeping the doors or windows open when the weather permits.

“But the primary way COVID is spread is through droplets,” Noble said. “And masks prevent droplet transmission.”

Dean Blumberg, chief of pediatric infectious diseases and associate professor in the Department of Pediatrics at the University of California, Davis, agreed.

“I do think it’s safe,” Blumberg said, “and it’s really counterintuitive, when you think about it, because we’ve all been harping on social distancing and criticizing large group gatherings.” He noted that it does not seem children attending school is driving the pandemic. “In countries that have closed schools and then reopened, the schools have shown very little evidence that they’re causing secondary spread within the community,” he added.

Blumberg added that ideally the schools should have smaller class sizes, universal masks, and resources for contact tracing in case there is an outbreak within a classroom. For parents who are immunocompromised, and still reluctant to send their children to school, Blumberg said offering distance learning virtually was a good option for parents, if it is available.

“Maybe the parents have weakened immune systems or high risk for disease, or they live with extended family with grandparents or great grandparents who are at risk for more severe disease — then I would hope that schools would have the option to continue distance learning until parents were more comfortable with that,” Blumberg said.

Dr. Purvi Parikh, who is an adult and pediatric allergist and immunologist, also echoed what Noble and Blumberg said.

“It really depends on where you live; if you are in an area where infection rates are low children should continue school, as the mental and learning benefits are immense,” Parikh said via email. “However be sure the school is taking all the appropriate precautions of masking, distancing, etc.; even a hybrid model can help.”

Noble said the issue has become a “political” and “labor” one, referring to teacher resistance.

“It’s just not right, kids should not be caught in the middle of this thing — you know they need to be back in school; we have data that can be done safely,” Noble said. “We have schools open and closed not based on public health data or public health science, but we’re doing it based on politics.”

Software engineers at prominent tech firm say they were fired for trying to unionize: Report

Are the Trumpers headed for history’s dumpster? Don’t count on it