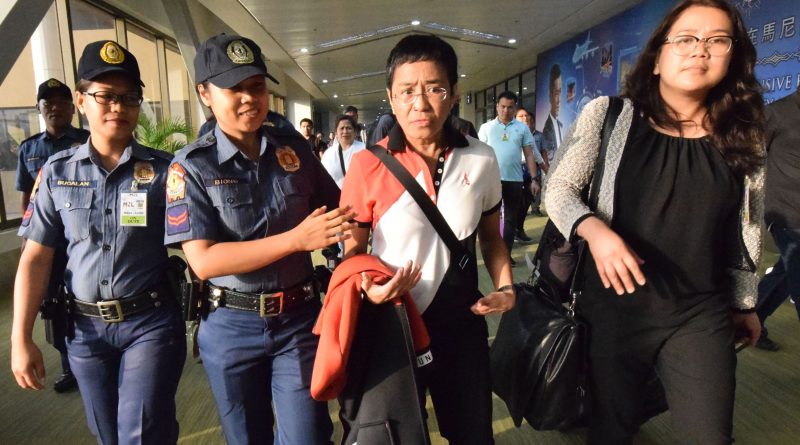 Of course Ramona Diaz could see the parallels. When the director behind the “Frontline” documentary A Thousand Cuts set out to make her film, she wanted to look into the populist Philippine President Rodrigo Duterte and his deadly “war on drugs.” What she found was Maria Ressa, the co-founder of the news website Rappler and the target of Duterte’s crackdown on the press due to her intrepid coverage of his administration. Diaz, who grew up in the Philippines and came to the United States for college, documented Duterte’s attacks against Ressa and the press, as well as the real-world effects of disinformation spreading across Filipino social media.

But it wasn’t until Diaz first screened her documentary at Sundance that she realized others would see the parallels, too. “The very first public audience, a lot of people came up to me after and said, ‘Oh my god, this really resonates,’” Diaz told ELLE.com. “‘This is what’s happening here.’”

Because of her work, Ressa, who was chosen as a TIME Person of the Year in 2018, faces threats and arrest throughout the course of the film. “She was questioning impunity and the numbers of the drug war,” Diaz explained. “But more than that, she was connecting into disinformation and the weaponization of social media. To me, that was key because it made it a very global story. The way she explains it is so clear. That’s how she became the center of gravity of my film.”

But Ressa’s fate is unclear. At the end of A Thousand Cuts, Ressa is found guilty of cyber libel. Ahead of the documentary’s premiere on PBS this Friday, ELLE.com spoke with Ressa to discuss her current legal battles, the need for mental health resources in the newsroom, and why she isn’t afraid.

The documentary ends with the news from this summer that you were found guilty of cyber libel and you’re appealing. Where do things stand now?

I think the film ended with a postscript of June 15th, when I was convicted, along with a former colleague, for cyber libel for a story I didn’t write, edit, or supervise, at a time when the crime we allegedly committed didn’t even exist. Since then, I got a ninth arrest warrant. I posted bail on November 27th. The other big thing, which the film didn’t show is that, in the time period before my conviction, on May 5th, the largest broadcaster [in the Philippines], ABS-CBN, was shut down. This is like CBS in the States or BBC in the UK. It would have been unheard of at any other time. I guess it’s been more of the same, but COVID is a whole different time. Interestingly, as the government has consolidated power, people are also finding their voices. Greater fear because of the loss of jobs but also louder voices, especially online. So that’s kind of interesting.

When you were found guilty, The Atlantic described it as “how democracy dies in the 21st century.” Was that reflective of how you felt in that moment?

I was shocked. I knew that the government was trying to intimidate us to silence. When you hang a Damocles sword over the heads of journalists, you want them to follow you. But that’s not what journalists do. We’re supposed to hold power to account. I made a decision very early on, when we started getting attacked, I knew that that this was going to get bad. I still don’t know how bad it’s going to get. But I’m not going to change. I will either stand for my values, or I’m not me. Getting arrested was unbelievable enough, but here I felt like, well this is death by a thousands cuts. I’m not dead, but my rights have been curtailed. You can’t let yourself get intimidated. Otherwise, you voluntarily hang yourself. You voluntarily give up your rights.

Ressa being escorted by police after an arrest warrant was served, shortly after arriving at the airport in Manila, Philippines, in March 2019.

Watching the documentary, it’s clear that you’ve made peace with the potential dangers in your life. How did you come to that place of acceptance?

I’m 57 years old. I’ve been a journalist for 35 years. In a way, they chose a perfect target. By the time they began attacking me and Rappler, which is a startup we created to hold power to account, I was old. I already knew who I was. If I didn’t do what I was doing, I would shame my profession. And I wouldn’t be me. I’ve thought through what’s the worst thing that could happen, which is I could go to jail. If I’m okay with that, then everything else is all right. Whether I go to jail or not will depend on what I do now. Let’s say I did get scared, and I just shut up, nothing will change. I guess it’s like having polluted air; it already is part of the air I’m breathing. I’m hoping that by pushing back and demanding my rights, that will actually change the future because that’s all we can do. It’s also not as if I’m alone. I think that’s the other secret.

“I’ve thought through what’s the worst thing that could happen, which is I could go to jail. If I’m okay with that, then everything else is all right.”

You’ve spoken about how, at one point, you were getting an average of 90 hate messages per hour via social media. But when you’re the leader of a team and you know your colleagues are facing something similar, how do you ensure that they’re OK?

It shocks your system. And I realized, as you said, it was happening to others. Maybe not at the same frequency, but [Rappler’s] Pia Ranada, who’s also in the film, was getting attacked. That’s when I realized, we have to do something. Like I said, I was already old at that time. I had two careers, I had a lot of experience, but I worried about our younger reporters. That’s hard when you’re in your twenties, trying to figure out who you are, to get barraged like this. So we offered counseling. It’s not just our reporters but our social media team as well. Then after we offered counseling, we realized that the counselors in the Philippines had never dealt with anything like this. So I turned to Dart [Center for Journalism and Trauma] to ask them to bring folks in to train the trainers. And we still do that. It all starts in your head; the world you create in your head is going to be what you create in the real world.

You also said to your team, toward the end of the documentary, “we can’t fight monsters by becoming monsters.” What exactly did you mean by that?

That’s really important to me. On social media, so many people who are good guys, who have the right values, feel like the only way you can actually get your voice heard it is to attack again. That’s one of the things I argue against. Political parties who are trying to fight oppressive regimes here in the Philippines, they shouldn’t use the same scorched-earth tactics. You lose your morals in the process. If you’re the good guys, you’re going to have to find another way to fight back. You cannot manipulate people. You can’t give up your values. The values of democracy, the mission of journalism, these are the things that guide us.

The reality is that we have to bring people together. To do anything meaningful, you need more than one. Part of what holds Rappler together is not the salaries we pay our people or that we write together, it’s the fact that we have shared values. The government’s attacks have forged us in fire. We’ve grown tremendously, both as people and as an organization. But I think the key part there is we hold to our values. So I’m not going to curse because my president curses. I’m not going to do any vile things because other people around me are doing it. That’s it. We can’t become a monster to defeat a monster.

Ressa after being convicted for cyber libel in June 2020, in Manila, Philippines.

Did watching the documentary surprise you in any way?

I realized why I was so tired. [Laughs] My best friend calls me a stoic because when something bad is happening or when breaking news is happening, I’ve trained myself to push down my emotions so my mind can think. I almost automatically lower my voice so that I can have clarity. That practice has really been very useful. But when you’re watching the whole thing in one chunk, it comes at you all over again. And I have no idea where this is going to lead. That’s the other part, right? How will this end? I have no idea. And I hate it, because I’m in it.

A Thousand Cuts premieres on Friday, January 8th, at 9/8c on PBS stations (check local listings) and online on pbs.org/frontline and YouTube.

This interview has been slightly edited and condensed for clarity.

Blind spot: The eye doctor, the U.S. senator and one of Trump’s last-minute intercessions 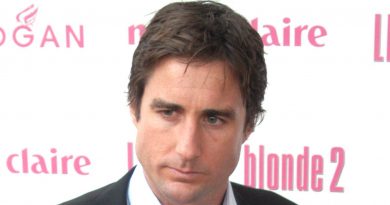 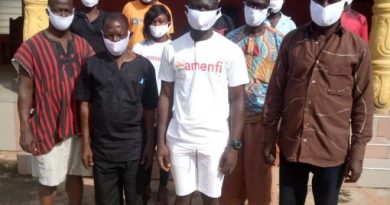 Kingsley Owusu Brobbey Listen to article Disappointed Ghanaians have had mixed reactions to their long-awaited expectation; being an extension to