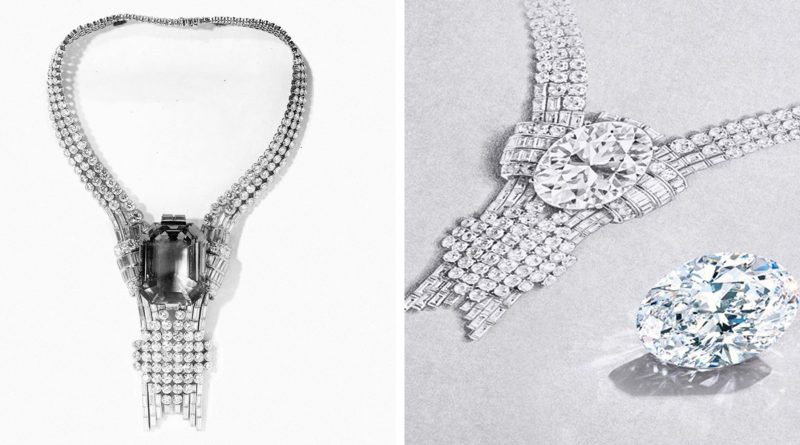 It’s crystal clear that the opulence of the early 20th century is being revived with Tiffany & Co.’s latest acquisition: a D-color oval diamond surpassing 80 carats that was responsibly sourced in Botswana, Africa. The stone will set by Tiffany artisans in New York City in a necklace inspired by a style that premiered at the 1939 World’s Fair, to be unveiled in 2022. It is expected to be the most expensive diamond ever offered by Tiffany & Co., eclipsed only by the 128.54 carat Tiffany Diamond, which is famously not for sale (worn by both Audrey Hepburn and Lady Gaga alike).

The original necklace, a glimpse into “the World of Tomorrow.”

Taking a look back at the necklace’s origins, its sizable aquamarine and diamond forms seduced the millions of viewers who came to admire the spectacle nearly a century ago. The 1939 World’s Fair—notable for being the second most expensive World’s Fair in America at the time—promised a glimpse into “the world of Tomorrow” and an opportunity to dream of an effervescent future. Following the fair, the necklace was presented at Tiffany & Co.’s grand opening of its iconic Fifth Avenue flagship store in 1940—an event that will be rebirthed at its upcoming reopening.

Since January 2020, Tiffany & Co.’s Manhattan store closed its doors to the public to embark on a two-year-long renovation, leaving jewel-obsessed customers longing for its return. The highly anticipated reopening in 2022 will be immortalized with the unveiling of the modernized necklace, an act that parallels the store’s original debut.

“What better way to mark the opening of our transformed Tiffany flagship store in 2022 than to reimagine this incredible necklace from the 1939 World’s Fair, one of our most celebrated pieces when we opened our doors on 57th Street and Fifth Avenue for the first time,” said Victoria Reynolds, Tiffany & Co. Chief Gemologist. “The new necklace perfectly reflects our brand heritage as a New York luxury jeweler, whose founder was known as the ‘King of Diamonds.’”

Although it’s certain that the price of the renewed necklace will find its way upwards of eight figures, a specific number isn’t set in stone just yet.

Trump, you’re no FDR or Winston Churchill — but you’re a lot like Charles Lindbergh 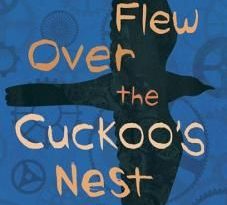 Ratched Season 2: Everything We Know

Graduating from Berkeley, after prison: “Coronavirus disrupted everything in my life”