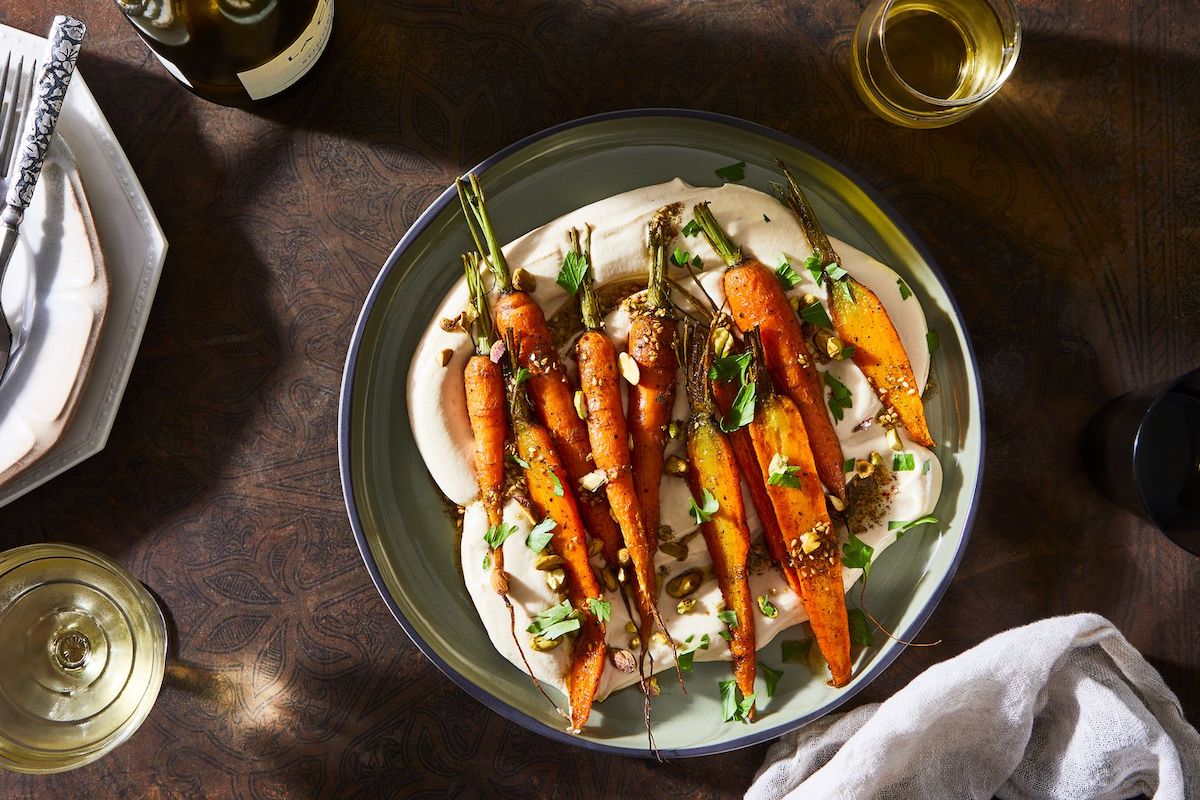 Every week in Genius Recipes — often with your help! — Food52 Creative Director and lifelong Genius-hunter Kristen Miglore is unearthing recipes that will change the way you cook.

What if every time we fumbled in the kitchen — a teaspoon for a tablespoon, baking powder for soda, a splash of vanilla for a whole tumbling bottle — could not only work, but also make something new and genius?

In a Murphy’s Law kind of way, it can’t. But every so often our bravery and curiosity and, yes, absent-mindedness can pay off, much like it did for cookbook author, podcast host, and journal editor Hetty McKinnon one night while she was off the clock.

“Sometimes I can be a pretty lazy cook, like when I’m cooking for my family,” Hetty told me as I interviewed her for the latest episode of our new podcast, “The Genius Recipe Tapes.” One night, hustling to make dinner for her family, she said, “I basically opened a can of chickpeas and I thought I had drained them . . . I hadn’t and I just tipped the whole thing into my Vitamix blender and then I thought: Oh no, what have I done?”

But rather than starting over, or fishing out and drying every pea, she decided to press on. She credits this bold move both to that self-professed laziness — and optimism that the extra chickpea liquid could simply replace the other liquids that she’d normally add, like water and olive oil.

“And, as I started whipping this thing, it started getting really big — much bigger than I normally get when I have hummus,” Hetty continued. “Normally you have to really work for that really smooth texture.”

She realized that the chickpea liquid had taken off its stuffy tie and jacket (“drain and rinse the chickpeas,” said every pre-2016 recipe) and put on its sequined aquafaba! costume, as the substance had been formally named that year—from the Latin bean (faba) and water (aqua) — before blooming into hordes of vegan meringues and foamy cocktails across the internet. (1)

The inner workings of aquafaba are still somewhat murky and under investigation, but the starches and proteins released by soaking and cooking chickpeas do a bang-up job of whipping frothily like egg whites, capturing air that hummus recipes ordinarily wouldn’t.

A Vitamix, Ninja, or other high-powered blender seems to be the equipment best suited for inflating aquafaba, and some brands of chickpeas have less concentrated aquafaba than others (2). But I’ve found that if you start with a modest, not-entirely-brave quarter-cup of the liquid, then add more as needed, you can harness the wonders of aquafaba, no matter what beans and tools you’ve got.

Or you can be bold like Hetty, upend the can, and play with whatever happens next.

(1) Especially in one very active Facebook Group, Aquafaba (Vegan Meringue – Hits and Misses!), who we have to thank for stress-testing the powers of this wonder egg replacer that nearly every recipe had until 2016 told us to pour down the sink.

(2) For example, Westbrae Natural is practically water while Whole Foods 365 brand is good and gloopy—do you have a favorite aquafaba source I should know about?

This post contains products independently chosen (and loved) by Food52 editors and writers. As an Amazon Associate, Food52 earns an affiliate commission on qualifying purchases of the products we link to.

Here’s How to Shop Dove’s Collab with Brother Vellies