*‘Mass gathering has to stop’

There is no provision for COVID-19 vaccine for 160million Nigerians as the Federal Government prepares to roll out the jab for citizens and other residents across the country to combat the deadly virus in 2021, according to the National Coordinator, Presidential Task Force (PTF) on COVID-19, Dr. Sanni Aliyu.

Aliyu, however, said the vaccine will be free when the administration begins in the New Year but with a proviso: Nigerians and other residents will pay for “operations and other logistics associated with it”.

He did not say how much the operations and logistics will cost.

Vaccine has been proposed as the ultimate measure to stop COVID-19 which has recorded millions of deaths and positive cases across the world.

Nigeria is currently in the second wave of the virus.

Nigeria’s population is around 200million people.

The implication is that 160million Nigerian people will not get get the vaccine next year.

“We already have an assurance of getting 20 per cent of our population accommodated, that is, about 40million Nigerians will have access to it”, the PTF National Coordinator said on a television programme last week.

“We are also planning to do another 20-40 per cent addition so that in the next two years, at least 70 percent of the population would have been vaccinated”.

Aliyu however warned: “Even though we have the vaccine tomorrow, in Nigeria, the virus will not go away unless we employ protective measures.

“Overall it takes more than a month to have immunity but we will continue to update the public in that regard”.

On how long it will take for the vaccine to be delivered to Nigeria from the US, he explained: “We hope it is not going to take until March, we have a very good idea on why the number of COVD-19 cases went up.

“What’s the difference between November and now? The main difference is in people’s behavior over a period of time.

“We now have a situation of massive gathering with people not wearing face-masks which is practically inviting coronavirus to the system.

“This is why the numbers have been going up. It’s really a case of people no longer taking serious consideration of their own safety when it comes to coronavirus infection.

“In actual fact it’s a minimum measure that we can take. We can do more, but we shouldn’t do anything less than that so we will be able to flatten the curve and the numbers will start coming down before March ends.

“With March ending, it will give us enough time for adequate preparation for a lot of logistics and great communication.

“People need to know about the safety of the vaccine and so on and so forth. So there’s still a lot of work to do.

“We are playing catch-up with the virus but the way people are behaving is really not helping at all.

“We survived 2020, it will be very unfortunate if we give up at this stage. Let not follow the crowd. This is serious. Majority are symptomatic. I remember in April, people were saying India got away it”.

On what has changed on the PTF collaboration with state governments, he said: “A number of things are going to be different. The level of compliance was very good when we started.

“Back in March/April, the level of compliance was impressive. Majority people had not met with people who had COVID-19. You don’t see people bleeding to death like Ebola.

“If you are 50 above, the mortality rate for COVID in Nigeria is between 50 to 59 percent.

“If you don’t work in the health sector, you won’t understand, the enforcement side needs to move-on. What is different is that the nature of the virus has changed”.

Aliyu, however, said if people wear their face-masks, the virus will not spread, saying mass gathering has to stop.

“If we have a B117 and everybody is wearing face-mask, COVID-19 won’t spread. So no matter the string you have, it’s the same measure when it comes to prevention”. 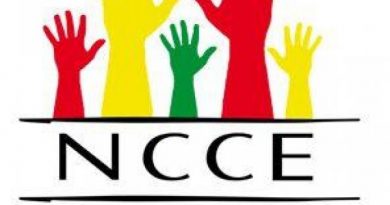