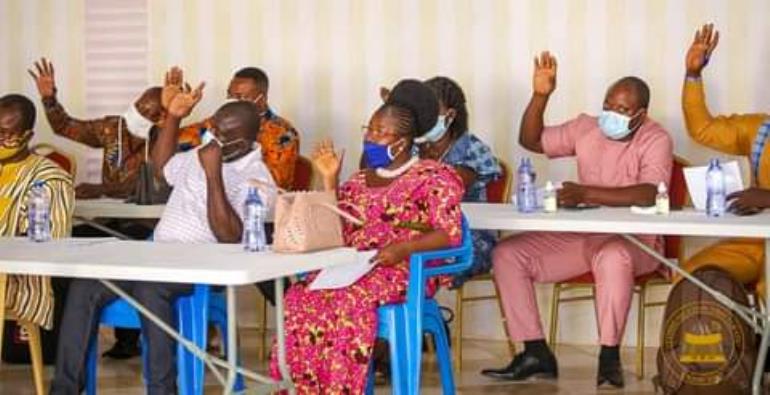 The Kwahu East District Assembly in the Eastern Region is one of the assemblies that performed creditably in infrastructure, social development, and improvement of peoples’ living standards for the past years.

On education, the assembly has constructed 22 different infrastructural projects in our Basic and Senior High Schools across the district. The assembly has Expanded School Feeding to cover additional 22 schools as against 12 schools since the establishment of the District in 2008 to 2016. 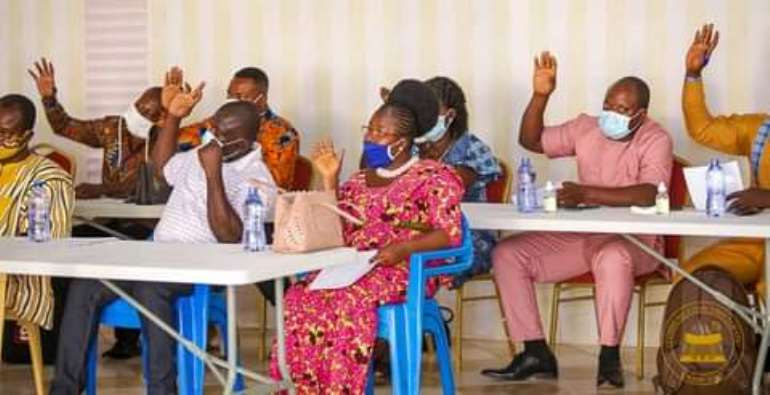 On Sanitation, they Constructed 13 Institutional and Community Toilets and Constructed 98 household toilets in selected Communities.

On Electrification, the assembly Connected 27 Communities to the National grid and supplied and Installed 600 pieces of Streetlights across the district.

On roads, Bituminous Surfacing of 34km of roads, 55km have been awarded on contract, Routine Maintenance-220km feeder roads

On Social Protection, the assembly increased LEAP Beneficiaries households from 25 to 175. That is an addition of 150 households and supported 521 people living with disabilities.

In an interview with Hon Isaac Agyapong, District Chief Executive, he said the performance of the assembly showed the commitment of the New Patriotic Party to bridge the development gap between rural communities and the urban.

According to him, almost all communities in the district were connected to the national grid which was crucial in the effective implementation of the Better Ghana agenda.

Additionally, Hon Isaac Agyapong said the peace and unity the district was enjoying would be sustained, and appealed to the chiefs, religious leaders, opinion leaders, and youth groups to continue supporting the NPP government to develop the area and improve the lives of the people. 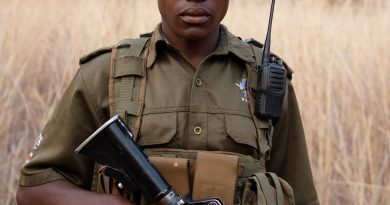 Armed and on the Frontlines: Inside Zimbabwe’s All-Female Anti-Poaching Army 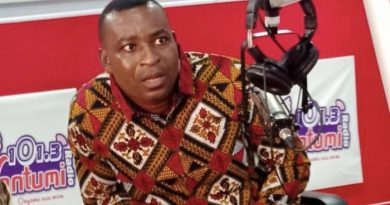