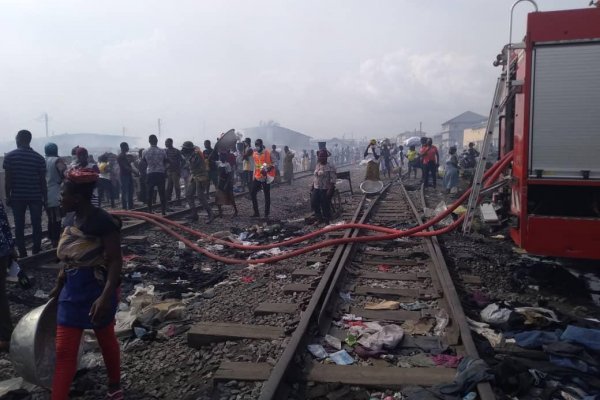 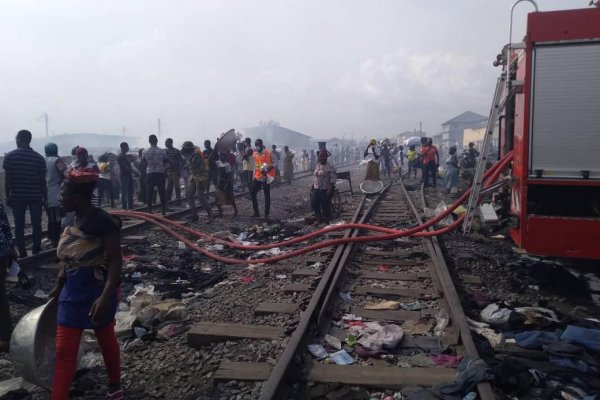 Vice President Dr Mahamudu Bawumia on Wednesday paid a working visit to victims of the fire that ravaged Kantamanto Market.

He describes the incident as a “human tragedy” that required urgent attention.

He said 2,592 traders were directly affected and had lost their livelihoods and capital investments.

Therefore, he has arranged a meeting with the leadership of the market in his office on Friday, December 20, 2020, to discuss the way forward and provide humanitarian and business support to the affected traders, and also reconstruct the market.

The Vice President said the National Security and Ghana National Fire Service would soon launch an investigation into the cause of the fire outbreak.

Meanwhile, some affected traders told the media that they suspected an arson because some people allegedly announced before the 2020 Election that they would burn the market.

They claimed that most of the second hand cloth dealers at the Kantamanto market were sympathizers of the ruling NPP government, hence the arson attack was intended to avenge the defeat of the opposition NDC. 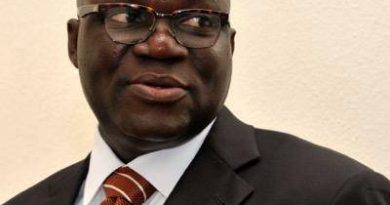 Bagbin chides Akufo-Addo, “Your Office got it wrong for not notifying me first, consulting Parliament on Council of State list”