Neymar was stretchered off the pitch with a serious ankle injury late on in Paris Saint-Germain‘s 1-0 loss to Lyon on Sunday evening.

The first diagnosis was a badly sprained ankle, with Neymar and PSG hoping that the ligaments are not damaged.

The Brazil international was in tears after being tackled by Thiago Mendes, who caught Neymar’s left ankle between his legs and was sent off after the intervention of VAR.

Neymar was originally supposed to go to the hospital on Sunday night for MRI scans, but it was decided that the No. 10 should wait until Monday morning to see how the ankle settles overnight. PSG medical staff and insiders at the club are quite pessimistic about the results.

Entering Sunday, Neymar had scored seven goals in his last four games — his best stretch of the season — and had played a huge part in PSG turning things around and qualifying for the Champions League last 16.

The former Barcelona player suffered two separate metatarsal injuries in his first two seasons in Paris, in February 2018 (where he missed three months and 16 games) and January 2019 (three months, 18 matches). Neymar also damaged the ligaments in his right ankle while playing with Brazil in June 2019 and was out for two and a half months.

PSG had a nightmare evening on Sunday. As well as losing Neymar through injury, they also lost the game against Lyon, their first home defeat against OL in 13 years. The Parisians currently sit third in Ligue 1, a point behind Lyon and league leaders Lille. 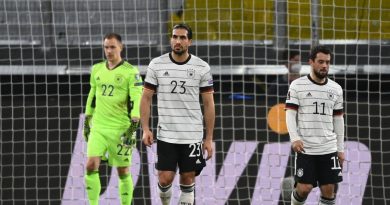