MINISTER Minister of Humanitarian Affairs, Disaster Management and Social Development,Sadiya Umar Farouq,has expressed shock over the killing of 43 farmers in Borno State, describing their death  as gruesome and barbaric .
At least, 43 farmers were gruesomely killed Saturday,in a rice fields while six others were reportedly injured in Zabarmari, Jere Local Government Area of Borno State.
Umar Farouq, in a statement conveying her condolence message to the government and people of Borno State,described the actions of the perpetrators as barbaric.
In the statement by her Special Assistant, Media,Nneka Anibeze,the minister sympathized with the people and Governments  of Borno as well as Sokoto states on the sad events.
She said  the federal government will do all in its powers to stop the attacks by the extremists and prayed for God’s protection over the people.
The slaughtered victims were said to be migrant farmers from Sokoto State who had travelled 1000km to the North East to find work on rice farms.
Kindly Share This Story:
Comments
Share This Post: 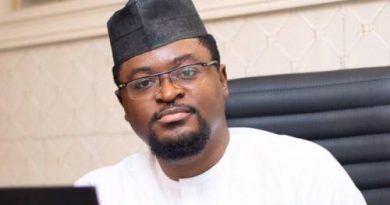