The Programmes Manager of Conservation Alliance (CA), Mr. Raymond Owusu-Achiaw, and his organization have thrown their support behind the ongoing “End Use of Highly Hazardous Pesticides campaign” that seeks to promote the safe usage of only government-approved pesticides across the country.

According to him, research conducted by his organization (CA) showed that many farmers are unaware of the dangers associated with the abuse of pesticides.

He indicated that pesticides such as Confidor and Condo, used mainly in cocoa farming, are also misused by some vegetable farmers; posing a threat to humans.

“Why has Europe banned the use of certain pesticides and chemicals but still producing it for Ghana and Africa?” he quizzed.

He stated that some of the pesticides supplied to cocoa farmers in Ghana have been phased-out in the European Union (EU) due to the dangers associated with those chemicals.

Citing Mozambique as an example, Mr. Owusu-Achiaw said Ghana can learn from the southern African country by banning some pesticides and encouraging the use of organic pesticides.

“We must all as a nation agree on a plan of action to end the use of Highly Hazardous Pesticides in the country” he noted.

Mr. Owusu-Achiaw made these remarks at a Workshop on Highly Hazardous Pesticide use in Ghana’s cocoa and agricultural landscape here in Accra.

Mr. Osei Kwame, Country Director for Rainforest Alliance Ghana explained that Conservation Alliance (CA) collaborated with Rainforest Alliance (RA) under its Sector Partnership Program to implement a project to gain a better understanding of pesticides use within the cocoa sector in Ghana.

“Our work is to a strengthened alliance with other stakeholders (NGO’s, Media and FBO’s) as drivers of change in the sector” he added.

Ms. Ruth Adu-Acheampong and Mr. Agyeman Dwomoh officials from the Cocoa Research Institute of Ghana explained that disease and pest control should be based primarily on good agricultural practices and technologies.

“We need to intensify education and create more awareness of Highly Hazardous Pesticides risks on consumers and farmers.

“If the EU believes these pesticides are Highly Hazardous; why are they still producing it? Who is importing these Highly Hazardous Pesticides into the country? Or its business for some Cabals who don’t care about our health but thinking of only their profit?” he quizzed. 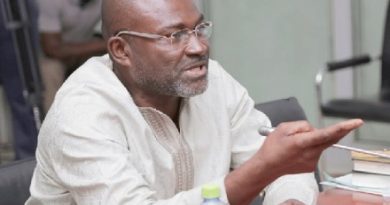 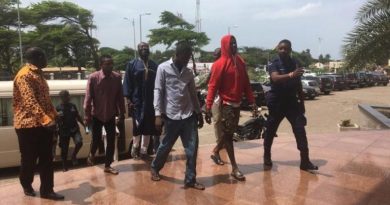 With no fewer than six shows in cities across the world, Bovi is unarguably one of Nigeria’s most successful comedians.