The now-resigned Special Prosecutor Martin Amidu seems to be exhibiting the traits of an angry lion who doesn’t want to forgive those who touched his tail.

He has dropped another bombshell against President Akufo-Addo and the governing NPP regarding events after his resignation few weeks ago.

In a 27-page rebuttal to the Presidency letter, Mr Amidu noted that he got fed-up with President Akufo-Addo after he pressures him [Martin Amidu] to shelve the Agyapa Gold Royalties report.

“It was only when the President directed me through his Chief of Staff in the morning of 21 October 2020 in her office at 8:40 in the forenoon not to take any further steps on the Agyapa Royalties Limited Transactions anti-corruption assessment report until I met the President on Friday, 23 rd October 2020 that I was awoken to the suspected realization that the President’s holier than thou pontifications about fighting corruption did not extend to doing so without fear or favour, affection or ill will to cases in which the President’s ox is gored.

“I became more convinced beyond any further reasonable doubt after my second meeting with the President in his Office in the evening of Sunday I st November 2020 when the President attempted to persuade me to shelve the Agyapa Royalties Limited Transaction anti-corruption assessment report to allow him deal with the matter through a statement to the public, that God (represented by the Holy Trinity in my Catholic faith) was in his own divine way revealing to me for the first time that the President of Ghana only looked like the innocent flower of the fight against corruption but was indeed the mother serpent of corruption under the innocent looking flower of anti-corruption. And may God, encompassed in the Blessed Holy Trinity, be eternally praised for that divine revelation!”

If not for the late Jerry John Rawlings, the angry Citizen Vigilante said he would have resigned long ago.

“I reported my concerns immediately thereafter to the late former President Emeritus Jerry John Rawlings who had always acted as a go between, between the President and me in his Office in the presence of a surviving third party. Indeed, it was upon the former President Emeritus’ insistence that my mere presence as the Special Prosecutor contributed to reducing the rape of the public purse through corruption activities that I stayed in my position that long. He was the insurance for my independence of action.” 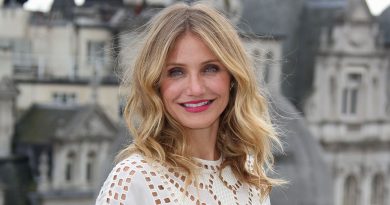 Cameron Diaz Gives Rare Interview on Her Baby Raddix: She’s ‘The Best Thing That Ever Happened’ to Us