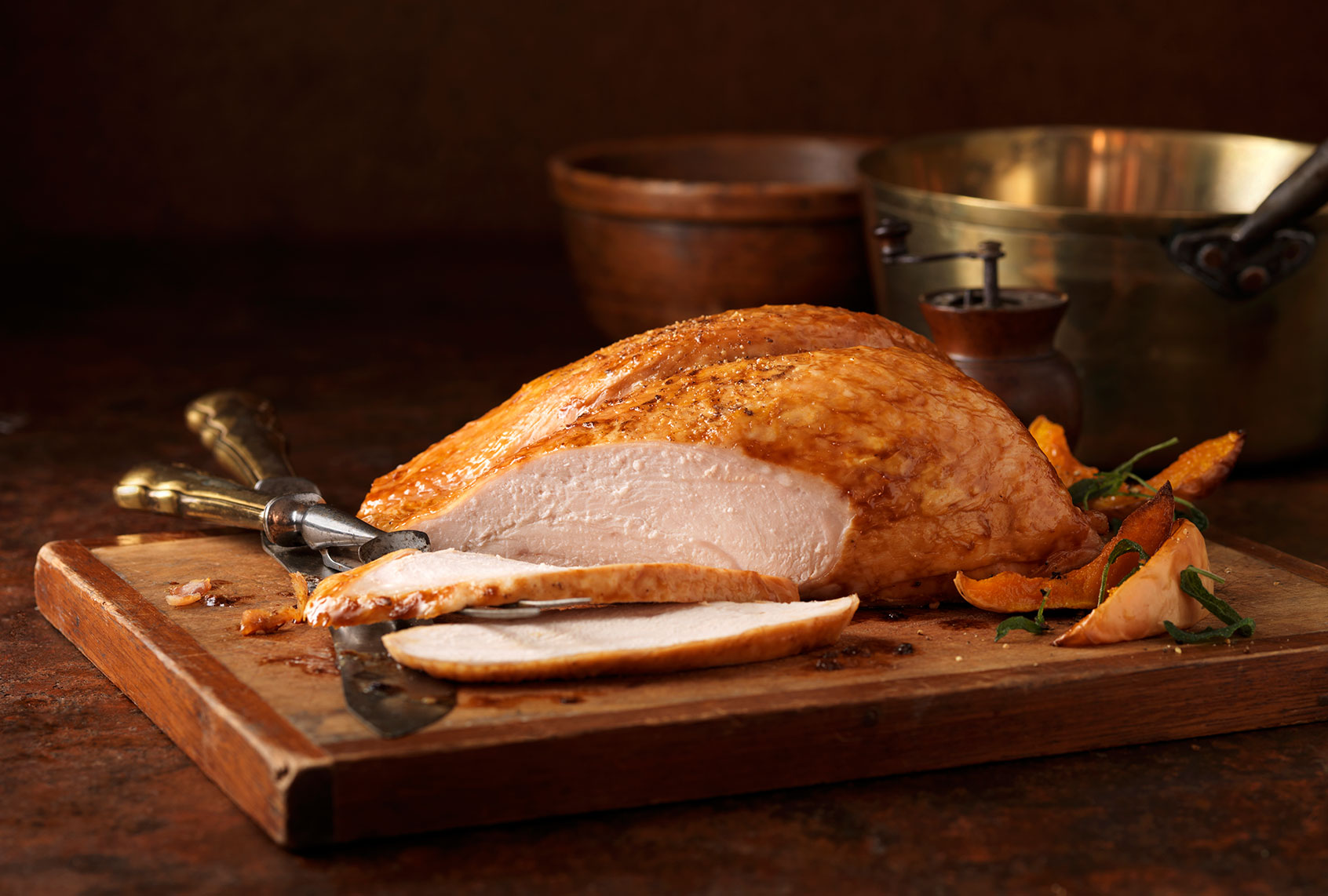 For Indiana farmer Luke Groce, this is set to be his most profitable Thanksgiving yet. “We’ve always been one of the few local farms catering to the small bird market, so it’s always been a big draw,” he said.  “But we definitely have more small turkey demand than in previous years.”

Small birds — which Groce defines as 9 to 15 pounds, compared to 30-pound “dinosaur turkeys” — are a hot item this holiday season as many home cooks are planning downsized Thanksgiving dinners following Center for Disease Control recommendations that Americans avoid travel and large gatherings amid a sustained spike in novel coronavirus cases.

“Retail sales aren’t done yet, but we’re at about 40% above last year’s,” Groce said. “Plus, more wholesale sales, too.”

As Salon reported in September, the pandemic has caused supply chain issues in the food and grocery industry; meat processing plants were hit incredibly hard as legions of industry workers were diagnosed with the novel coronavirus. From May to June, the number of Tyson Foods employees with the coronavirus exploded from less than 1,600 a month ago to more than 7,000, the Washington Post reported.

Despite implementing increased safety measures — like protective gear and updated ventilation systems — employees work in close conditions and, some factories report, social distancing recommendations are nearly impossible to enforce. This had direct market implications. John Tyson, chairman of Tyson Foods wrote in an April blog post, “as pork, beef and chicken plants are being forced to close, even for short periods of time, millions of pounds of meat will disappear from the supply chain.”

Additionally, as Salon’s Matt Rosza reported, wholesale turkey prices are going up, as the actual number of turkeys available to be consumed goes down; overall turkey production for 2020 has fallen by 2.7% compared to where it was in 2019.

As such, questions loomed about the coming holiday, namely whether there would be a shortage of turkeys available for purchase. The short answer is “no,” though many smaller turkeys have likely already flown off the shelves.

According to a representative from the Butterball Turkey Talk Line, the company’s toll-free holiday hotline that was established in 1981, the general rule of thumb is cooks should plan on serving one pound of turkey per guest, which makes the average 15-pound Thanksgiving turkey too large for many planned gatherings this year.

“Nine out of 10 people want the small birds,” Jered Standing, the owner of Standing’s Butchery in Hollywood, told the Los Angeles Times. “I tried to get more — people are calling every day. They’re just not available.”

Chefs and restaurant owners who are selling Thanksgiving packages have noticed the trend towards downsized birds as well. Chris Williams, the owner and chef of the Louisville pub Four Pegs, said that it has been a record year for their small to-go turkeys and breast meat by the pound. So far, they’ve sold 76 12- to 14-pound turkeys and 80 pounds of breast meat.

“So a lot of people are getting a pound or two to feed their small group,” Williams said.

A few miles over at Fork & Barrel, a Southern food restaurant, chef de cuisine Tina Dyer said they are ordering turkeys in 6, 12, and 18 pounds. “We did not have anyone order just turkey breast, but we had one request for the turkey to be deboned,” she said.

In Seattle, Eric Rivera, the chef and owner of addo, is selling 10- and 20-pound turkeys.

“Mostly the 10-pound [turkeys] are selling,” he said. “I started working on orders two months ago and haven’t seen any interruptions. However, I know of a lot of other places seeing issues. I was expecting the s**t show.”

Home cooks report shifting their holiday menus as well. Alex Luken, a Louisville resident, said she purchased 10 pounds of sliced turkey breast from a local restaurant, which she plans on serving with homemade sides for her family.

“We are staying home due to COVID this year, and I was going to roast two turkey breasts this year for four people,” she said. “This is the first year I’ve ordered out.”

In Cleveland, Jean Garcia and their partner are doing a two-person Thanksgiving dinner. Initially, they considered cooking something unique for the holiday, like a turkey tikka masala or some homemade pizzas, but decided that “a traditional meal with the fixings would make this year feel more normal.”

“So right now, I’m just looking for the tiniest turkey I can get,” they said. “If I could buy a one-pound turkey, I totally would.”

People with schizophrenia are more likely to die of COVID-19

President Akufo-Addo has given an indication about the kinds of persons who have contracted Coronavirus in Ghana in recent weeks.