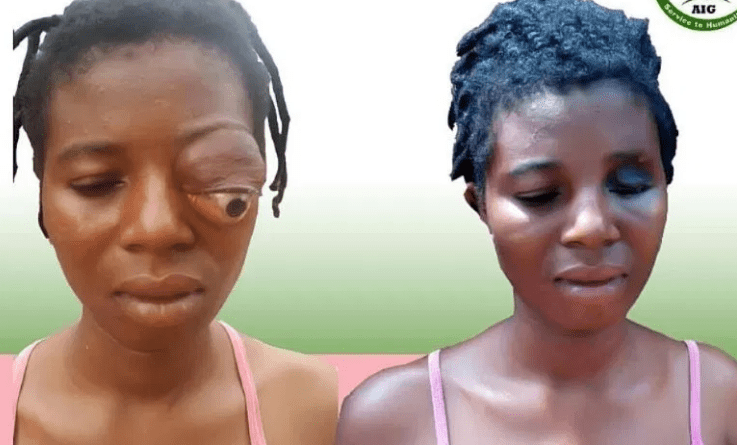 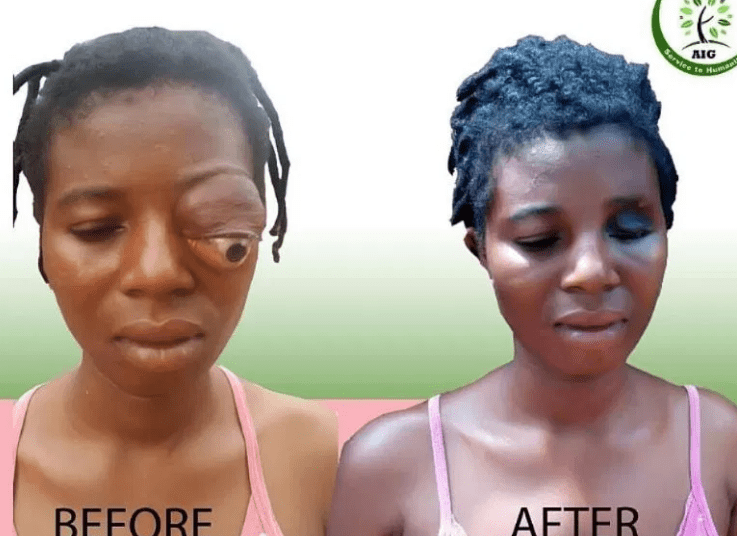 A 39-year-old lady, Mary Dogbe who battled tumor in the eye for five years has revealed how she nearly committed suicide when she thought all hope was lost.

She is from a farming community called Abena Awia in the Okere District in the Eastern Region.

According to her, life was so hard to bear which made pushed to end it all after she had lived for many years without any help until a non-profit organization, As I Grow came to her rescue.

The hard-working lady, whose marriage has seen a nosedive is financially strapped and currently not working, following the unfortunate situation she finds herself.

Ms Dogbe, who contacted the Chief Executive Officer (CEO) of As I Grow, Mr Isaac Debrah Bekoe for financial aid to undergo her medical treatment revealed that it all started like a migraine headache and she later felt pains in her left eye.

The eye later developed into a tumor which resulted in her visiting hospitals such as the Nsawam Government Hospital, Emmanuel Eye Clinic and Korle-Bu Teaching Hospital severally.

She explained that she was left with the chance to die with the disease after her right eye protrudes. She added that the stigmatization in her community was unbearable and heartbreaking as many believed her predicament was a punishment from the gods for her evil deeds.

“Not only did I go through an excruciating pain but economically inactive, which made me more impoverished and abandoned by my husband and lost friends including even family members because of my condition,” she narrated.

Mary, however, endured the pain by working as a labourer despite her condition for a meagre income to take care of her three children.

On April 11, 2016, whilst in her village dispirited, As I Grow spotted her during a visit to her community for humanitarian work.

In 2017, Mary underwent successful surgery at the Korle-Bu Teaching Hospital and in an effort to bring her back to her socio-economic life, the Adenta branch of the Church Of Pentecost presented seed capital of GH500 to her which she used to start a porridge business in her village.

“After my surgery, I challenged myself to work hard, so once through the NGO I have my sight and the fact that they gave me seed capital, I needed to work harder to change my destiny. I have been selling porridge and bread, and through the little savings of my profit, I have managed to purchase a motorbike. My expectations are to expand my business and get a provision shop to take care of my children,” she stated. 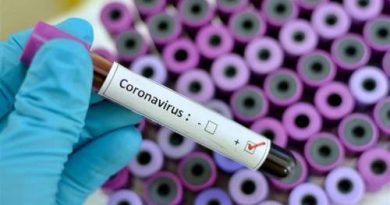 COVID-19: Produce More Because Nigeria Has ‘No Money’ To Import Food — Buhari To Farmers

Nigeria’s President Muhammadu Buhari has said Nigerian farmers must produce enough for the country to eat, indicating that the country