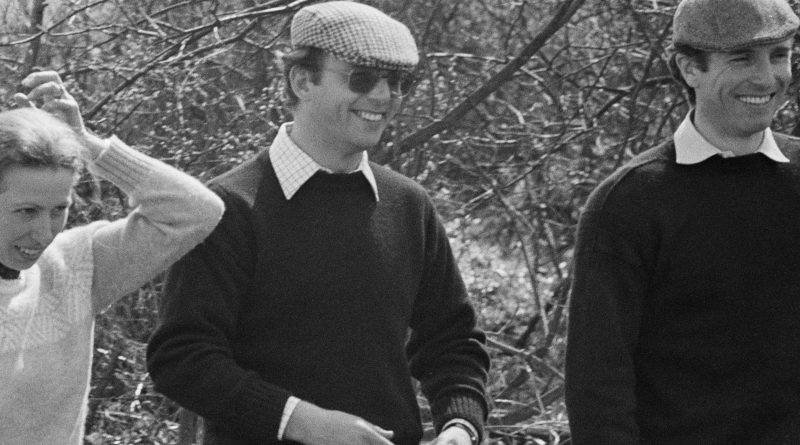 Episode four of The Crown season 4, titled “Favourites,” delves into the fraught dynamics between Queen Elizabeth and Prince Philip and their four children: Charles, Anne, Andrew, and Edward. After learning that Prime Minister Margaret Thatcher’s “favorite” child, Mark, has gone missing, the queen starts reflecting on who her own favorite is. She agonizes over this, whereas Philip doesn’t miss a beat before naming his—Anne, of course.

In a hilariously earnest bid to try and identify her own fave, Elizabeth summons all four of her kids for separate one-on-one lunches, during which Anne confides in her mother in some surprising ways. After the princess admits that she’s jealous of Diana (whose popularity was surging at the time) and upset by her own less-than-glowing press attention, the queen delicately asks if everything’s all right with Anne’s marriage to Mark Phillips, noting that “there’s been… talk.” The talk, specifically, is that Anne is having an affair with her bodyguard, Sergeant Peter Cross.

The Queen says that in light of the rumors, Scotland Yard is considering sending Cross back to “desk duties” as a police officer. Anne, visibly upset, says “Don’t do that to me. You can’t. He’s the one thing that makes me happy.”

Here’s a primer on the fact vs. fiction of Princess Anne’s relationship with Sergeant Peter Cross.

Who is Sergeant Peter Cross?

Detective Sergeant Peter Cross is a police officer who worked for Scotland Yard in South London in the 1970s. In 1979, he was assigned to the royal protection detail and became Princess Anne’s personal bodyguard. He was in that role for barely a year before rumors began circulating about his relationship with the princess.

Did Princess Anne have an affair with Sergeant Cross?

By all accounts, yes. This is one example where The Crown‘s version of events stays pretty close to real life, although the show left out one particularly juicy detail. According to Cross, Anne used the ironic pseudonym “Mrs. Wallis” when she phoned him—which could be taken as a sly reference to Wallis Simpson, the American wife for whom her great-uncle Edward abdicated the throne.

Scotland Yard did indeed catch wind of Anne’s affair with Cross, and they responded just as the show depicts. Former royal reporter James Whittacker discussed the scandal in the 2002 documentary The Real Princess Anne. Per The Daily Express, he said: “When this came to the bosses, of course, at Scotland Yard—they’re the people who supply the protection officers—of course, they freaked out and Peter Cross was moved out very fast indeed.”

But even though Cross was moved away from royal protection duties, he and Anne continued seeing each other according to Harry Arnold, the reporter for The Sun who initially broke the story. Speaking in the documentary, Arnold explained that the affair carried on until the scandal became public. At that point, according to the Express, Anne stopped seeing Cross.

Where is Sergeant Cross now?

The Express reports that after news of the affair broke, Cross “went into hiding.” But two years later, he emerged and contacted Arnold, confirming that the story had been true.

According to Arnold, Cross said the following to him: “When you wrote that story I was still married and I couldn’t admit it, but yet it was true and I can now tell you that it was true because I am now divorced.” Cross subsequently sold his story to The News of the World, the Sunday newspaper counterpart to The Sun, in 1984.

Anne’s own marriage to Mark Philips survived the scandal, but she had another affair, with naval officer Commander Timothy Laurence. Anne and Mark ultimately divorced in 1992, and she married Laurence soon after. That year was a real smorgasbord of royal breakups: Prince Charles and Princess Diana split that year, as did Prince Andrew and Sarah Ferguson. The trio of marital breakdowns led Queen Elizabeth to dub 1992 an “annus horribilis” in a speech to the nation.

“Wonton” and “ghetto”: Sharon Osbourne’s racist slurs resurface, even as she claims she’s the victim

A job for the “Squad” and progressive allies: Unite to downsize Biden’s military budget