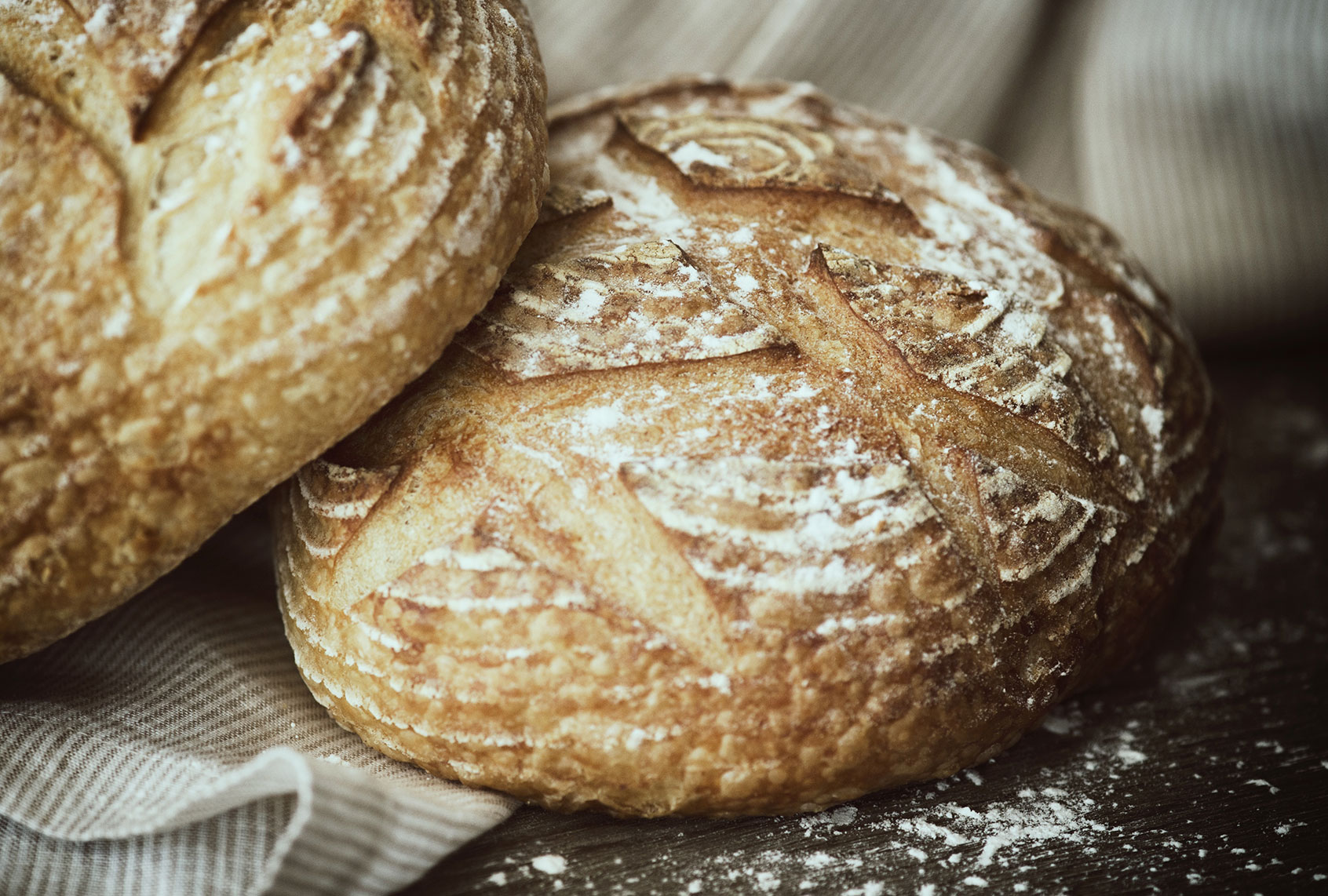 Early in the pandemic, when everyone, including me, had flocked to their kitchens in an attempt to perfect their “project breads” — crusty sourdough, six-strand challah, dense rye — I found a lot of solace in a YouTube video by food writer and chef J. Kenji López-Alt.

Released in April, it’s titled “POV No Knead Bread” and has nearly 300,000 views. Over the course of 20 minutes, López-Alt walks through one of the most well-known bread recipes of all time, Sullivan Street Bakery owner Jim Lahey’s no-knead loaf. It skyrocketed to popularity in 2007 when Mark Bittman published it in the New York Times.

It’s popular because it’s simple, the loaf equivalent of  “set it and forget it,” and that appealed to a pandemic-era crowd who didn’t necessarily want to deal with multiple proofs and elaborate braiding. Bakers just gently combine the dough ingredients, leave it overnight, and it comes out with a golden-brown crust and a springy center. But as López-Alt lays out in his video, there’s a lot of science at work that makes the recipe essentially fool-proof.

He spoke to Salon to break down the basics of no-knead bread and why home bakers should consider adding a Dutch oven to their list of bread-making tools.

What you need to know about gluten

Gluten — or rather, the lack thereof — has become a selling point over the last decade with the growing popularity of gluten-free options, even among consumers who don’t have immune conditions like celiac disease. But even as people grab these options off the shelf, there seems to be a lot of confusion about what gluten actually is.

Short answer: It’s a wheat protein. In bread-making, it’s important for the texture and rise of loaf

“Gluten is the sort of protein network that develops when you knead bread,” López-Alt said. “Basically, you’re taking flour proteins, breaking them down, and then you’re recombining it into a sort of cross link. There’s a particular protein called glutenin, which is long and stretchy, and you have to unravel it and then get it to stick to itself, kind of like Velcro.”

This, López-Alt said, creates a long, elastic gluten network, which is sort of like a net that holds bread together.

Creating a gluten network without kneading

While many bread recipes call for kneading (but not too much or too little, which is why there are so many primers out there on how to knead dough to perfection) as a way to form said gluten network, you can also let your dough rest overnight and allow enzymes to do the work.

There are several enzymes — which are protein molecules that kickstart biological activity — at work in bread. There’s amylase, which converts complex sugars into simple sugars that yeast are then able to feed on and produce alcohol and CO2; there’s maltase and invertase, which together produce much of the glucose needed by the yeast for fermentation.

And then there’s proteases, which are protein-chopping enzymes that basically snip gluten into smaller pieces that are able to make additional connections, forming that gluten network López-Alt mentioned.

“Those enzymes will do the work for you, it just takes them a long time to do it,” he said. “And then simultaneously, there’s yeast that’s producing carbon dioxide bubbles. The motion of the bubbles, and the growth of those bubbles and their migration around the inside of the dough actually does some of that crosslinking work for you as well.”

Mimic a professional baker’s oven with a Dutch oven

“One of the problems people have at home is that, especially with gas ovens — gas ovens vent, so they burn their fuel inside, and the product of that fuel has to vent out somewhere — is that those ovens aren’t great at trapping steam,” López-Alt said.

Professional bakers, meanwhile, use steam injection ovens. These ovens typically contain a water canister inside the oven cavity. When the oven reaches a certain temperature or pressure, it will inject heat into the broiler through a pump, which then turns into steam.

“The steam does a couple things,” López-Alt said. “First of all, it gelatinizes the starch layer on the outside of the bead, which means it doesn’t dry out as fast, which allows for better ‘oven spring.'”

As The Kitchn’s Emma Christensen puts it, oven spring is “the final burst of rising just after a loaf is put in the oven and before the crust hardens.”

“During those first few minutes as the dough starts to heat up, the yeast go into a feeding frenzy, converting the sugars in the dough into carbon dioxide and alcohol,” she wrotes. “Water in the dough is simultaneously turning into steam and pushing its way out of the dough.”

“You want that to happen before the crust on the outside begins to harden,” López-Alt said. “Because once it begins to harden, then it doesn’t experience much of a spring anymore because there’s too much pressure holding those gases in, so instead of expanding the bread, they crack out and leak out and your bread becomes more dense.”

So, you want the outside to stay soft in the early stages of cooking so that your bread can rise.

“Like, if you touch a piece of bread that’s been inside a steam oven during the first10minutes, the exterior is kind of like a gel,” López-Alt said. “It feels kind of slick, and what happens is that that gel layer kind of then eventually dries out for this really shiny, crackly crust, as opposed to a dry and crunchy crust.”

Put simply — a steam oven will result in a better crust and a better spring for your loaf. This is where the Dutch oven comes in.

“First of all, it pumps more energy into the bread faster and more efficiently because it’s in a very small, enclosed environment,” he said. “So the bread bakes more efficiently. But more importantly, it traps moisture inside that Dutch oven, so all the steam coming off the bread gets trapped in there and mimics the effects of a steam oven.”

You can use a Dutch oven for other loaves as well. Ken Forkish’s Saturday White Bread, from his book “Flour Water Salt Yeast” specifically calls for using one, as does this hearty bread recipe from Le Creuset . The result is an artisan-style loaf on a home baker’s budget.

López-Alt is also the co-editor of  “The Best American Food Writing 2020,” out now, which will be featured in an upcoming Salon story.

“Sunday Scaries” didn’t go away with working from home; it got worse