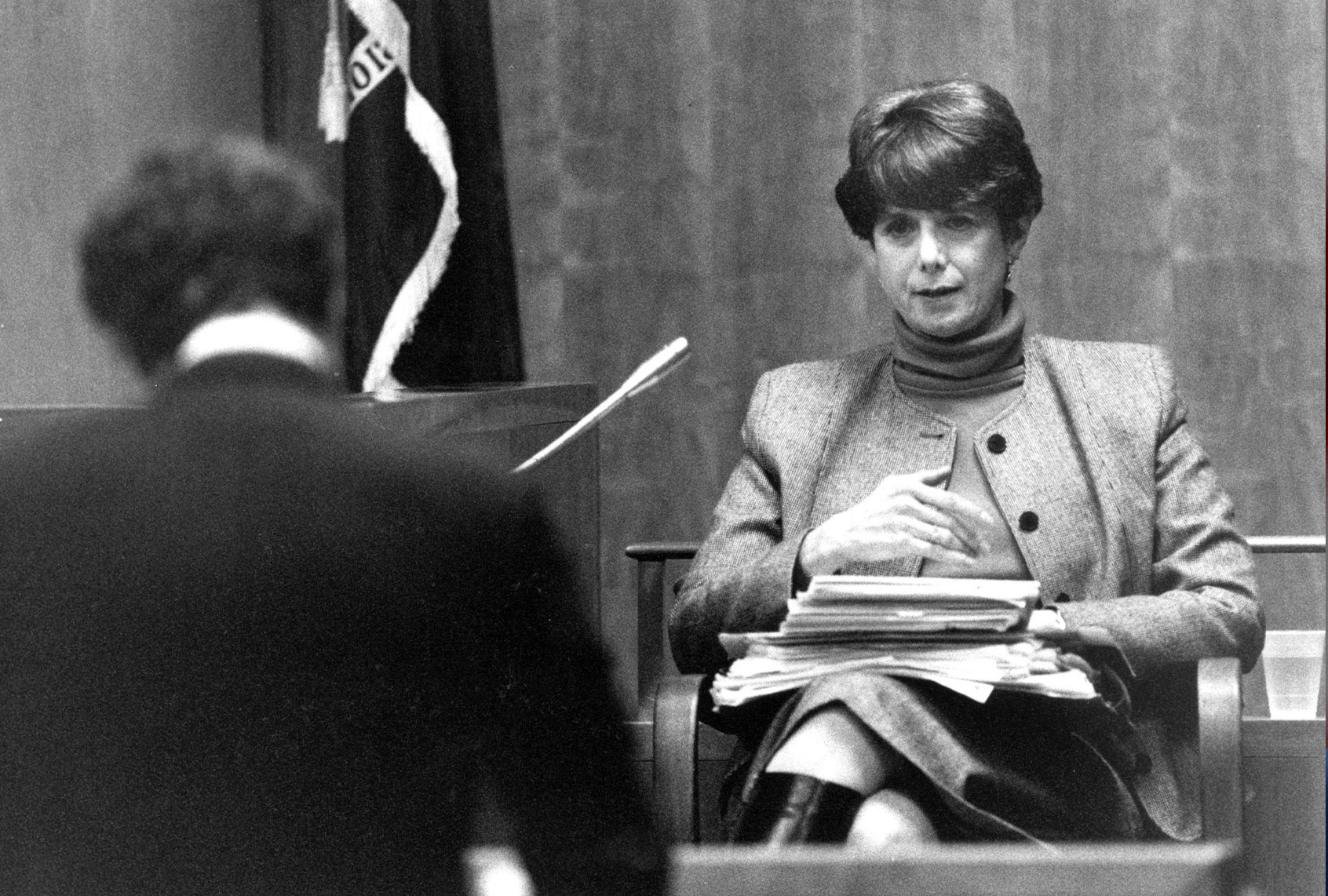 Near the beginning of “Crazy, Not Insane,” Dr. Dorothy Otnow Lewis poses a simple question few people ask of another. “Don’t you ever wonder why you don’t murder?”

That curiosity has driven Lewis’ work for decades, placing her in room with such famous murderers as Arthur Shawcross, Joseph Paul Franklin and Ted Bundy. In all, the psychiatrist interviewed 22 serial killers over the course of a long career spent exploring the minds of people who do evil to others. In interviewing them along with many other clients, Lewis finds ample support to her belief that murderers are made, not born.

This flies in the face of what our culture has long believed about the nature of human evil, and it has resulted in Lewis’ work being dismissed in many quarters. But the fact that she even dared to wonder what moves some people to act upon homicidal urges that others hold at bay, if they have them at all, also makes her work revolutionary and influential in the justice system. That’s an understatement; she’s credited with influencing Supreme Court rulings on capital punishment that were handed down in 1988 and 2005.

Lewis’ theories aren’t the reason people are likely to tune in to “Crazy, Not Insane.” It’s the names of the murderers that draw us as opposed to the doctor who spoke with them, and whose video and audio recordings play a central role in differentiating this film from other documentaries.

But filmmaker Alex Gibney is careful to centralize Lewis and her work, creating a fascinating portrait in personality contrasts. Gibney found Lewis in the course of developing a dramatic series with Laura Dern about a psychiatrist whose job is to discover which death row inmates are sane enough to be executed, and found himself as intrigued by her work as her persona.

Without question, it is Lewis’ gentle curiosity that energizes “Crazy, Not Insane” as opposed to the famous killers she’s spent time with. Much of the documentary is spent in her living room where she pores over notes from her prior cases and digs through old tapes, reading aloud her notes about her interview subjects and her own background as she contemplates what she’s learned about the human propensity for violence.

Dern narrates some of these passages when the film retreats into history and takes us into the rooms where Lewis and her frequent collaborator Dr. Catherine Yeager recorded conversations with these killers and other subjects who bolster her view on the existence of dissociative identity disorder, a condition still regarded with skepticism by a portion of the larger psychiatric community. But the actor’s narration is handled with a light touch so as not to overwhelm Lewis as the main focus.

Eventually we see Lewis stumble upon one cassette she had presumed long lost, which was part of the four and a half hours she spent interviewing Bundy on the day before his execution.

That Gibney saves this until the end of “Crazy, Not Insane” is a relief. It allows the viewer to maintain focus on the key questions Lewis asks in her work, and it prevents the two-hour film from becoming another lurid distraction in capitalizing on the so-called “rock star” status of men like Bundy.

Regardless, the documentary is certainly grisly and difficult to watch at times, and Gibney’s artistic recreations and illustrative usage of 8 millimeter stock footage take nothing away from the gruesomeness of the acts described by Lewis’ interview subjects or the terrifying case histories of other clients with whom she’s worked. But unlike the various docuseries or scripted films about serial killers, Gibney’s approach plainly does not seek to capitalize on the sickening theatricality surrounding infamous killers and their crimes.

What he does instead is coax the viewer into examining their own understanding of the possible brutality lurking inside all of us. Lewis herself embarked on her career path out of an unsinkable desire to understand why she had no desire to harm or murder others and why other people do.

She explains that this seed was planted in childhood, when her mother revealed to her the names of famous anti-Semites – including Walt Disney, the man responsible for some of her favorite childhood films. She came to understand that bigotry and insanity are different, that one can quite easily hide under a kind exterior. A murderer’s violent impulses may operate much in the same way.

This element of exploration makes “Crazy, Not Insane” fodder for contemplation in these times for anyone who has the stomach for it, because while the film is ostensibly about murder and crime it’s also about understanding how violence emerges in a person. One of the film’s most chilling passages shows Lewis’ recorded conversation with an electrician who operated as an executioner-for-hire. It doesn’t take long to see how profoundly the act of killing has impacted him even as he claims it hasn’t. That’s before he shows her the acrylic paintings he does after each execution.

That’s vital for us to contemplate at a time when threats of violence have become commonplace in the public sphere, with neighbors threatening neighbors over such simple acts as wearing a face mask. This is not to say that every combative bully is equally in danger of becoming homicidal; in the end, that’s not why Lewis says she does what she does.

Instead, what drives her is figuring out alternatives to barbarism. A portion of her career was spent serving as an expert witness in high-profile cases, tasked by defense lawyers to help get inmates’ death sentences commuted to life in prison. This makes her mission a humane enterprise.

But she holds no illusions as to the popularity of what she does. “To understand sometimes means to forgive,” she says. “And these days, people aren’t in a very forgiving mood.”

America in 2020: Heard the one about the Jewish doctor, the Black nurse and the Nazi patient?