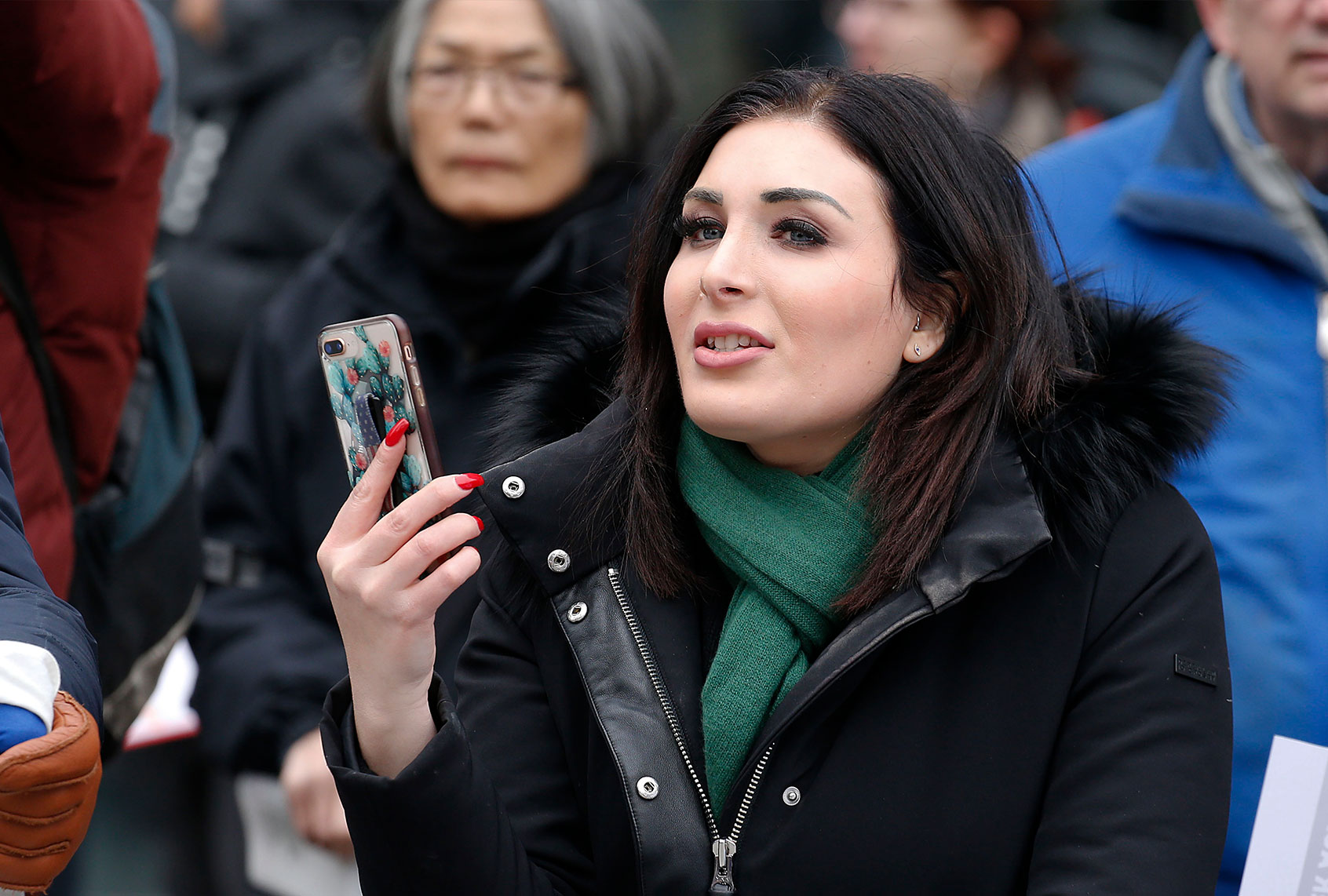 A former deputy campaign manager for far-right provocateur and anti-Islam activist Laura Loomer‘s failed congressional bid has launched a super PAC for far-right causes, called the “Sang de Liberté Foundation,” according to a filing posted on Thursday to the Federal Elections Commission website.

The group was created by Florida resident and open-carry enthusiast Scott Barrish, a denizen of the heavily pro-Trump Villages community who worked as a regional director for Trump Victory Florida 2020, in addition to his work for Loomer’a campaign. According to the PAC’s profile on the right-wing social media platform Parler, the Sang de Liberté Foundation is “devoted to the restoration of the integrity and trust of limited government to foster a free society that respects the rule of law.”

Its name, however — French for “blood of liberty” — invokes a phrase attributed to Thomas Jefferson and often cited by right-wing groups, justifying violent overthrow of the government: “The tree of liberty must be refreshed from time to time with the blood of patriots and tyrants. It is its natural manure.”

“It’s allegorical and it’s purposeful as well,” Barrish explained in a call with Salon. “It means, ‘Welcome to the rebirth of the republic.'”

He added: “The purpose of the name is to be very forward, very upfront with people, and to show the intent of organization — that we believe in limited government and the rule of law. And it also has the French Revolution dimension.”

The French Revolution started as a class upheaval and ended up being defined by the guillotine.

“Our mission is all going to be aimed at civics education, litigation, lobbying and support of candidates,” Barrish explained. “We want to make sure we hold federal, state and local officials accountable to their limited enumerated powers, and respect for the rule of law.”

“If a party official oversteps those lines, then that official will be a project for the PAC,” he added.

Barrish, who outside his political work most recently made headlines this June when an alligator “banged” on the front door of his villa, has replied “God save the Republic!” to several posts on his Parler, a new social media platform which refuse to restrict content and has provided a haven for the far right. He invariably follows the phrase with a series of hashtags: “#God #Family #Country #Freedom #Blood #LibertyTree #Conservative #Republic.”

The alligator that visited Barrish’s home was later euthanized, according to local reports. Barrish told authorities he believed it had sought refuge at his doorway after engaging in a stand-off with a coyote.

Despite his work with Loomer, a notorious right-wing conspiracy theorist, Barrish — who runs a travel agency out of his house — describes Sang de Liberté as a “center-right-leaning organization.”

“It’s all just on paper right now,” he told Salon, fresh off a call with a prospective member he characterized as a PR veteran in Florida politics. “We don’t have a platform yet, but I’m putting together a board of directors, and we’ll develop the mission from there.”

He said he plans to pitch Loomer on the PAC during a post-campaign debriefing scheduled in the coming days.

Over the last few years, Loomer gained notoriety as an anti-Muslim conspiracy theorist and social media provocateur. In a congressional election cycle studded with fringe right-wing ideologues and QAnon supporters, Loomer rode her image to a Republican primary victory as a Trump-favored congressional candidate in the president’s official home district in Palm Beach County. (Trump most likely voted for her, assuming he voted in down-ballot races.)

In the Nov. 3 election, Loomer lost to incumbent Rep. Lois Frankel, a Democrat.

In writing about Loomer’s candidacy, Salon’s Amanda Marcotte described her as an “obsessive bigot” who trafficks in “openly genocidal” rhetoric:

To call Loomer a “far right” or “fringe” candidate is understating the case. She’s an obsessive bigot with a long history of unvarnished hatred of Muslims — or anyone she just suspects may be a Muslim — calling them “savages” and labeling herself a #ProudIslamophobe. Her rhetoric is openly genocidal, such as when she declared that “we should never let another Muslim into the civilized world” and urged taxi and ride-share companies not to hire Muslim drivers.

For this bigotry, Loomer was banned by both Uber and Lyft, who were eventually joined by Twitter after Loomer falsely called Rep. Ilhan Omar, the Minnesota Democrat who is one of two Muslim women in the House, “pro Sharia” and “pro-FGM,” and linked her to religious laws that prescribe the death penalty for gay people.

Barrish too has a colorful history. In 2016, when he served as the Trump campaign’s political director for the Tampa Bay region, Barrish was cited in an Associated Press story about Trump campaign staff who had made openly racist comments.

According to the article, Barrish drew local press attention in 2011 when he wrote the head of the Council on American-Islamic Relations, a nonprofit advocacy group, saying that he saw through its plans to establish a totalitarian theocracy in America.

“This is us vs. you,” he wrote. “In the great words of the late President Ronald Reagan, ‘I win, you lose!'”

A familiar face in conservative political circles around the Sunshine State, Barrish will endeavor to tap a number of  connections for the board and financial backing of his super PAC. Beyond Loomer, his targets include former Trump campaign manager Corey Lewandowski and former Florida Attorney General Pam Bondi.

Barrish says his relationship with Bondi goes back to his work on her first campaign, in 2010.

“Pam Bondi and I are very good friends,” he told Salon, offering an anecdote from a re-election party as evidence.

“After her speech we were three-deep in the rope line, my wife and I, but Pam and I made eye contact. She did the ‘Red Sea part’ with her arms, and came up through the crowd and gave me a big hug. And my wife’s looking at me like, ‘Do I need to cut a bitch?'” he said, laughing at the kicker.

About a week after Loomer (and President Trump) were defeated, Barrish posted a graphic of Jefferson’s quote to his Facebook page, with an image of a bald eagle clutching arrows and olive branches at the base of the tree of liberty, where the proverbial blood would be poured.

A few GOP officials “liked” the post, including the Republican state committeewoman for Polk County, Florida, as well as John Colon, a board member of the Florida Department of Education. Former U.S. Mint director Edmund C. Moy “loved” the post, and commented, “Indeed.”

When Salon brought that comment to his attention, Barrish, whose former employer, Loomer, is Jewish, said, “I usually catch those and delete them because I don’t want people to take it literally.” (He has since removed the comment.)

Confronted with the fact that the future third president had indeed meant it literally — that preservation of liberty occasions revolutionary bloodletting — Barrish laughed in agreement.

“Yes, he was literal,” he said. “And it’s still very valid in today’s climate. It’s a strong position to take with the name and the symbolism, and I take your point completely, but I feel that invoking those emotions and invoking that history is what the country needs right now.”

Last month, Barrish, at one point a staunch critic of mask mandates, shared a Facebook post disclosing his recent battle with COVID-19, which he says put him in the hospital for a week and grew so severe that he got the presidential “right to try” combo: an antibody injection and Remdesivir.

His wife had a less severe case, he said, but his lifelong lung issues made him a high-risk patient.

“Whatever weakness you have,” he told Salon, “that’s what COVID attacks.”

Barrish, who says he ran the regional ground game for Trump Victory Florida 2020, told Salon that he had practiced social distancing and limited his time outside his home.

“My big pet peeve was the masks,” he admitted, saying he has since changed his tune.

That anti-government streak traces back years. According to the 2016 Associated Press article, Barrish tweeted in 2013, two years before Trump announced his candidacy, that he hoped America was not on track for a second civil war, but “if our freedoms must be defended against a tyrannical government, so be it.”

“Those comments at that time were made by me and were my own personal view,” Barrish told the AP, saying he had stopped working for the Trump campaign after the Florida primary. “I don’t want to detract anything from the campaign,” he said.

Asked today whether he personally ruled out violence as a political tool, given the admitted reference to the French Revolution, Barrish told Salon that he “[hopes] that never comes to fruition.”

“We’ve already had one civil war in this country,” he said. “It was very detrimental to society, and we still feel its effects today.”

Barrish clarified that violence was “beyond the scope” of the Sang de Liberté Foundation, but conceded that, given the frequent literal interpretations of his PAC’s name — such as the “final solution” comment — he might be open to rethinking the name.

“Nothing is set in stone,” said Barrish, evoking a modern spin on the epitaph of the Romantic poet John Keats, who wrote that his “name was written in water.”

“I’m a former Red-Crosser,” Barrish said, “and we used to have this saying: Everything’s etched in Jell-O.” 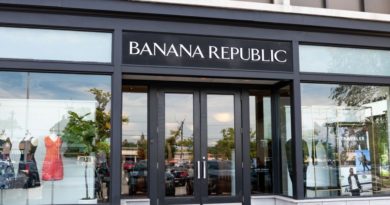 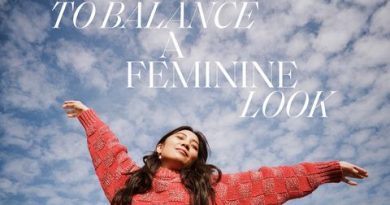 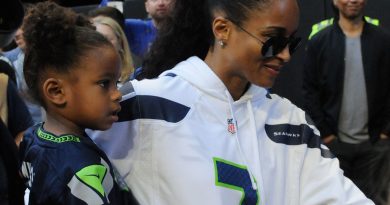 Beware of the man in a mask