This was stated by a consultant to AAN, Dr Abraham Terfa, who presented ‘ActionAid Nigeria Factsheet in Deepening Tax Provisioning for Social Protection of the Poor’, which assessed current social investment programmes initiated by the Buhari-led administration on various areas.

He also added that more males benefited more than the females under the current social investment programme.

‘Now we are back to a situation where fuel subsidies are being removed again and the people that will bear the fuel subsidy removal are the rural households, women in farming, youths who are struggling in rural areas and this will lead to increased expenditure for them.

“He also added that due to lack of employment between the ages of 15 and 54 people begin to settle for less when they are in their 30-50s, and described the situation as a social time-bomb meaning that very soon Nigeria will have a social system that cannot cater for, the health system also cannot accommodate, adult education cannot cater for, and young people without employment will be on the streets on protests upon protests with disregard for law and order.

“Actually, it is an issue of emergency for there to be a legislative framework accompanying and backing up and tying up all our social investment programmes, spelling out how different strata can benefit-persons with disabilities, persons with other ables, women, boy, girls, and different groups.

“Apart from unemployment, there is underemployment. There are many people who are just keeping up with very little resources. There are young people between 15 and 24. Today the value of the Naira is declining so fast and parents cannot account for the whereabouts of their children that is why we need to take social investment seriously.’

He also explained that for AAN to come out with the Factsheet its staff were deployed too difficult to reach villages across the country, where they interacted and felt the pulse of the people at the grassroots.

‘ActionAid sent its staff deep into difficult to reach villages and interacted with them to know how they are benefiting from government social intervention programmes. ActionAid was able to cover 1.8 million people in the north and 419,000 people in the south.

“As soon as these findings came up the next thing is to engage with stakeholders at local, state, and federal levels so that there will be a national buy-in to ensure that there is collective effort so that the people government programme targets actually benefit from it”, he stated.

However, according to him (Terfa) when the Federal ministry of humanitarian affairs, disaster management, and Social Development, rolled out the process of registering poor and vulnerable persons across the states and local government areas many states did not register their citizens as expected.

“The aim of the Ministry is to attain 100 per cent because of the difficulty in registering who is poor and vulnerable in fact we are looking at a range of 40 per cent”, he stated.

He also called for more funding in social investment programmes for sustainability along with a legislative framework. 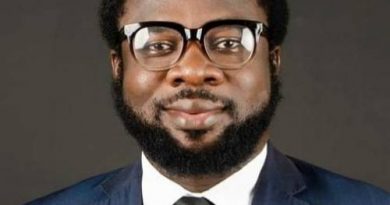 When Your King Is A Child By Evans Ufeli Esq

The Enchi District Magistrate court has granted a GH￠3,000 bail with two sureties to a 24-year-old farmer who allegedly threatened