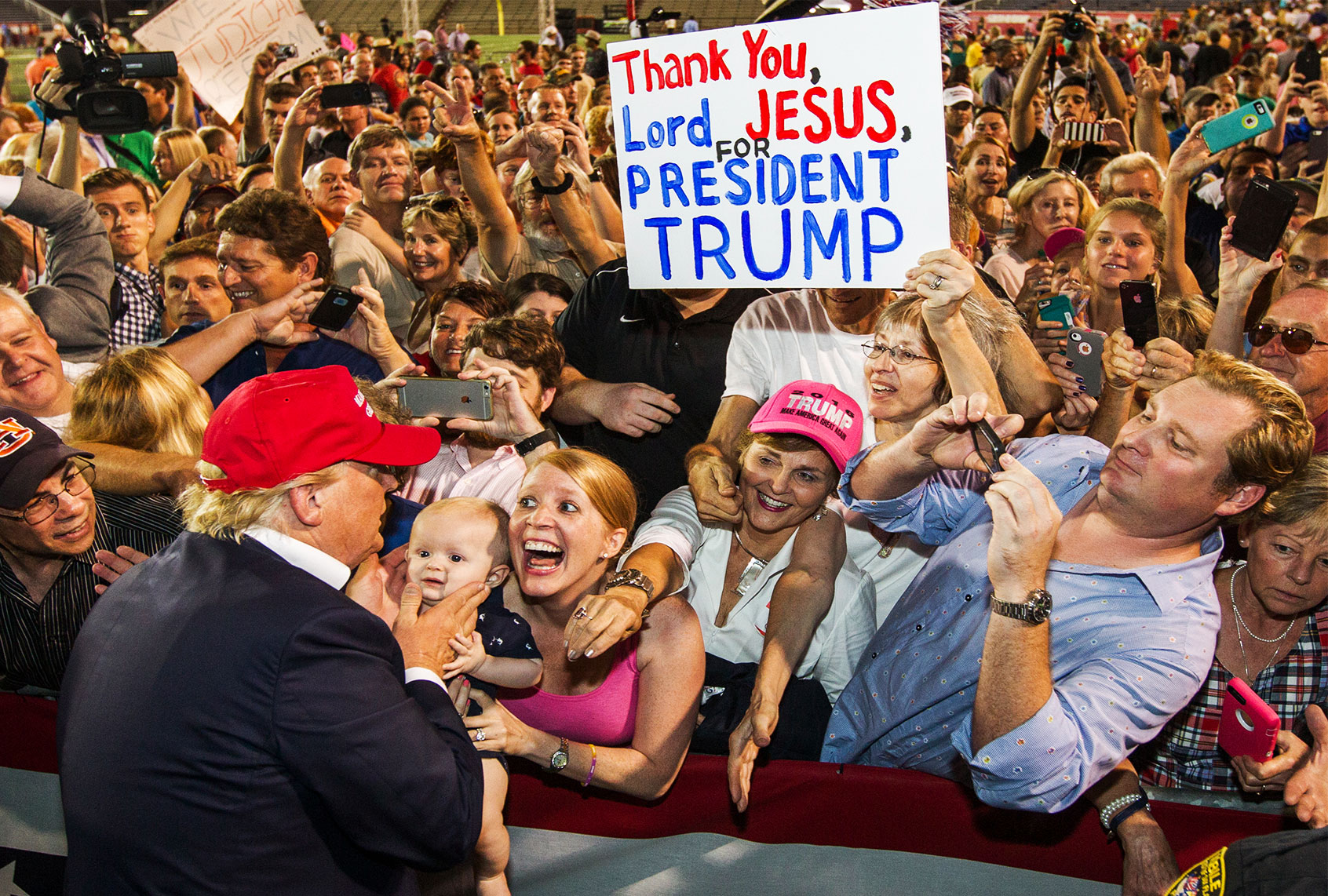 Over the past week, Donald Trump has successfully sent a large chunk of the 78 million-plus Americans who voted for President-elect Joe Biden — the actual winner of the actual presidential election — into an emotional tailspin. Trump is still doing what the mainstream media gently describes as “refusing to concede”, but is in fact better described is throwing the world’s biggest and most childish tantrum, screaming “WE WILL WIN!” on Twitter and floating an endless stream of baseless conspiracy theories about the election.

Trump tantrums more than a roomful of tired toddlers, so this is no surprise. But what terrifies so many Biden voters — an astonishing number of people are complaining of panic attacks or lost sleep on social media — are the real moves Trump’s team and many Republican politicians are taking that make this less like a typical tantrum and more like a genuine attempted coup.

Secretary of State Mike Pompeo has trolled reporters by talking about Trump’s “second term”. General Services Administration head Emily Murphy, a Trump appointee, is refusing to sign paperwork that would allow the Biden transition team to begin work. Trump’s campaign is continuing to file relentless and frivolous suits, even though they’re getting promptly thrown out of court, making false allegations of “voter fraud.” Relatively few Republican elected officials will even admit that Biden won, and a healthy number are backing Trump’s false accusations that Democrats stole the election.

But what really sent a lot of people around the bend was Trump’s petulant firing of various leaders at the Pentagon and in U.S. intelligence services, replacing them with loyalists apparently trained at Rep. Devin Nunes’ Camp for Incompetent Conspiracy Theorists. This triggered a fear response, largely due to outdated American notions of what a “coup” looks like, borne from half-remembered ’70s-era news footage of tanks and military fatigues in foreign countries.

So let’s rest assured: Trump is going to leave office, one way or another, on Jan. 20. Sadly, it almost certainly won’t be because he forces the Secret Service to drag him out, since he knows better than anyone what would happen to his combover in such a situation. Trump’s one shot to invalidate the election required him to act before the ballots were counted, and now that’s over, there’s really nothing he can do.  No doubt he has some faint hope that yelling a lot is enough to steal an election, but he’s bound to fail.

Mostly, the public chest-thumping and administrative tricks are designed to trick people into believing that some election reversal is still possible, both to troll the left and, perhaps more importantly, so Trump — who is anywhere from $425 million to over $1 billion in debt — can shake down his gullible supporters for more cash before he’s pushed out the door.

Coups are hard, and they tend to fail. Donald Trump and a bunch of Nunes toadies sure aren’t organized and focused enough to pull it off in the face of nearly insurmountable obstacles.

Trump will be slinking out of the White House in about nine weeks. But that doesn’t mean his reality TV-style failed coup isn’t dangerous. It’s very much is — because Trump is pushing his already vitriolic and authoritarian followers further down the path towards rejecting democracy entirely.

Of course, Biden has 77.6 million votes and counting, putting him well over 5 million votes ahead. But of course the implication of all Trump’s prattling about “legal” and “illegal” votes — language that is being picked up by all manner of Republican politicians — is that Democratic votes are somehow not legal.

This is, it should go without saying, preposterous. But it’s the clear message being sent by all the outrage from Trump and his minions at the pedestrian fact that Democrats voted and that those votes are being counted. This outrage is being fueled, unsurprisingly, by racism, as evidenced the way the rage is focused especially on cities like Philadelphia and Detroit, which are far bluer than the bright red rural districts that surround them.

The result is that Trump is no closer to securing a second term than he was on Nov. 4, but he is likely driving his supporters to feel even more hostile to the very concept of democracy, and especially of the right to vote being extended to Americans they see as less American than they are.

A poll released Wednesday by the Economist and YouGov shows that 86% of Trump voters believe that Biden did not legitimately win the election. Biden did win, of course — and won by overcoming a significant Republican-directed efforts at both making it harder to vote and harder to count the votes.

Trump’s fans don’t hold this illogical belief because of any evidence that Biden ran anything but a squeaky clean campaign. Unlike the incumbent, after all, Biden didn’t have the power to cheat by doing things like slowing down the mail. After thoroughly canvassing election officials in every state, the New York Times found no evidence of voter fraud. The “evidence” being presented by Trump’s lawyers so far is so laughable the cases are getting bounced out of court almost immediately. Trump’s people are so desperate to find someone, anyone, who will claim there was fraud that they’ve been floating million-dollar rewards and cold-calling voters at random, begging them to say that their own vote was illegal. (I got such a phone call on Thursday morning.)

No, the reason that Trump voters are clinging to this idea that Biden’s win is “illegitimate” is the not-remotely-subtle implication that Biden’s voters are “illegitimate” — because they’re disproportionately not white, because they disproportionately live in cities, or just because they’re liberals. Trump fans are sharing memes that show that Democratic voters tend to be more concentrated in cities than Republican voters, as if “more people per square mile” should mean less of a right to vote.

Trump will leave office, but this notion that Republican votes should be the only “legal” and official ones, will linger on after he’s gone. Bitteer resentment about having to share power with people who aren’t white, Christian or conservative is what fueled Trump’s rise in the first place. He has spent the past five years encouraging his supporters in their bigoted belief that they’re the only Americans who count — and therefore the only Americans whose votes should count. His last weeks in office look like they will be defined by his bitter, pugnacious insistence that any vote, anywhere, that wasn’t for him should be illegal.